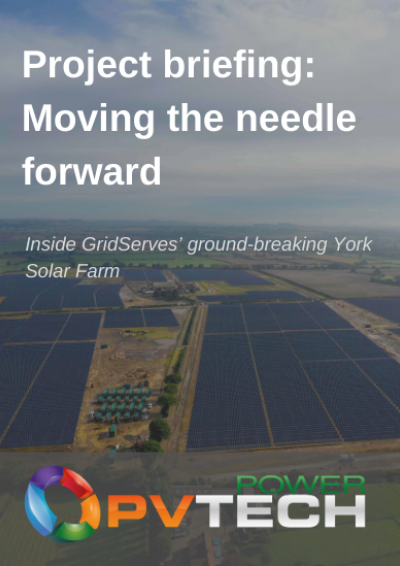 When it was announced in early 2019 that UK developer and EPC Gridserve was laying claim to designing and constructing one of the most technologically advanced solar farms in the world in York, a northern city in the UK, there was a degree of trepidation in the sector.

Gridserve broke cover in February this year with York, and a sister project located in Hull, that have a combined generation capacity in excess of 60MW. One of those projects has been underpinned by a power purchase agreement with Warrington Borough Council, providing the council with its annual power demand.

Construction of the sites has been financed by international bank Investec and Leapfrog Finance, including a financing agreement that took in thousands of pages and incorporated detailed calculations based on the sites’ prospective performance, and detailed analysis by DNV GL.

But the real detail lies not in the pages of a financing agreement, but in the planning – and execution – of a solar farm that, in truth, is years in the making.

Fill in the form below to access this resource