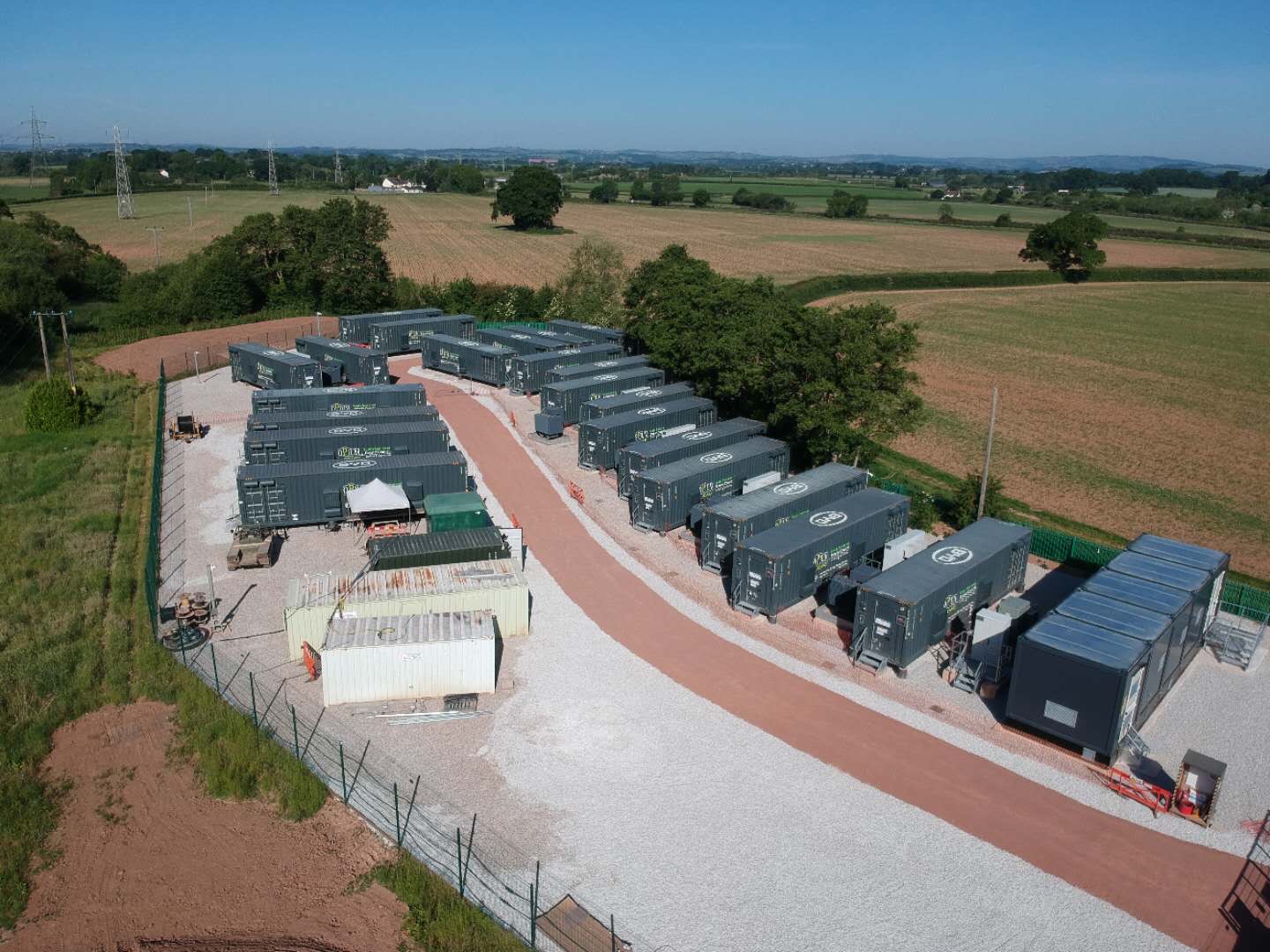 It was fully operationalised in August 2020 – following the initial 25MW going live in June – the 30MW capacity site is made up of 22 containerised batteries manufactured by BYD Europe BV that can supply enough power to the grid for more than 30,000 homes, for up to an hour.

The investment forms part of SSDC’s Commercial Strategy which seeks opportunities to generate income to future-proof council services to benefit their communities. It also helps the council achieve its commitment to reducing carbon emissions by 2030.

Contending with a dynamic market

As a public sector investment, and SSDC’s first venture into owning an energy asset, the project team was eager to ensure the ambitious battery project would achieve consistent revenues to secure the investment case.

With a dynamic market to contend with, the project needed a technology partner with a strong track record in the field that it could trust to optimise revenues in both the long and short term to meet the Internal Rate of Return.

Having already operationalised three of its own projects, our team at Kiwi Power was the partner they chose.

Kiwi Power’s solution was two-fold: install its proprietary hardware and software solution to connect the battery to the market and optimise revenues by ensuring the asset always participates in the right market at the right time.

With 22 battery units to synchronise into one virtual power plant, Kiwi Power needed to adapt and test its software prior to the batteries arriving on-site. However, the only time it would have physical access to a battery would be on the day of commissioning. To avoid project delays and unexpected costs, the team built a simulator by collating two weeks’ worth of data remotely from a live BYD battery in China. Kiwi Power then built and tested the code using the simulator. When COVID-19 struck, the build of the simulator became especially fortuitous, as it allowed the team to automate and commission much of the project remotely, helping to avoid disruption.

Once the battery containers arrived on-site, Kiwi Power’s proprietary hardware, Fruit, was installed on all 22 units. In total the site has 67 devices that track over 300 data points.

Finally, shortly before commissioning, the team were tasked with modifying the site solution to respond to constraint signals from Western Power Distribution in the event of a transmission level issue on the grid. Kiwi Power adapted the existing infrastructure so that it could interpret the incoming signal and simultaneous dispatch it to the 22 units. Complete synchronicity is key as even miniscule differences between the signals can damage the batteries.

Co-optimisation takes a short-term view of the market – a month ahead at most – to decide which markets could perform best for the battery. A proven technique, co-optimisation combines deep industry expertise with a savvy algorithm that makes up to 17,500 decisions per asset per year to maximise revenue at each half hourly interval. Each decision is based on a mix of weather forecasts, market data and trends, and other insights, ultimately allowing the council to position the asset in the market where it will gain the best possible internal rate of return.

The result: co-optimisation ensures not risk is left on the table

At the outset of the project, Kiwi Power secured several value streams for the site to prove the investment case, including a 15-year Capacity Market contract and year-long frequency response contracts.

Before the project was fully commissioned, Kiwi Power then used co-optimisation to secure interim revenues in the dynamic low high market before switching to the monthly fast frequency response market.

With markets expected to become less predictable, co-optimisation will now ensure that no revenue is left on the table for SSDC while also reducing the council’s overall exposure to risk.

Councillor John Clark, portfolio holder for economic development and commercial investment added: “I am so pleased to see this site fully operational and income generating. … It’s a hugely ambitious project and we are pleased to note that the facility, and land, is now valued at more than the project costs expended.

“We took positive action in a difficult financial climate and, as you can see, the choices we are making are the right ones for our communities as we protect services through prudent investment.”

Cllr Sarah Dyke, portfolio holder for Environment commented: “The Council is committed to protecting front line services. To achieve that aim whilst we are being more commercial in our approach, we also take our role in caring for the environment seriously. We are committed to doing all we can to promote the efficient use of energy resources locally and UK wide."

David Owen, Director of Opium Power said: “Our partnership with South Somerset District Council and Kiwi Power has worked extremely well. The 30MW project is the first of several very exciting joint ventures with local authorities and private sector investors that Opium Power is progressing to deliver stability to a sustainably powered grid.

“We currently have an additional 110MW in design and build on three new battery storage systems, and we intend to work with Kiwi Power on all of them.”

Solar, wind and nuclear could exceed demand more than 50% of the time by 2030