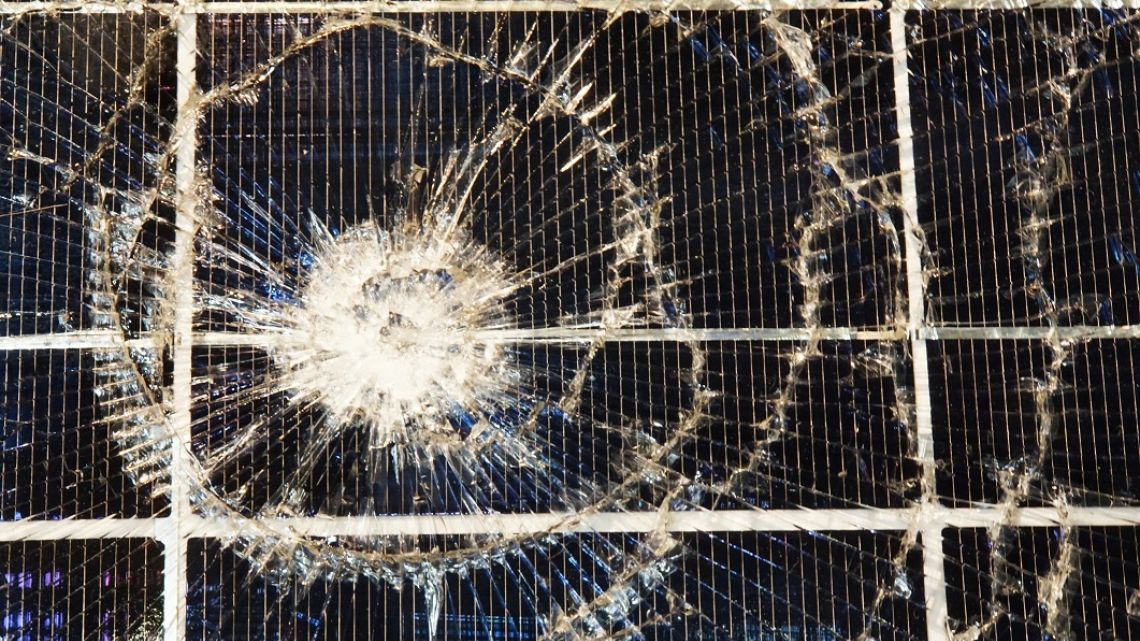 When The Solar Cloth Company (TSCC) raised more than £1 million via Crowdcube, it appeared on its face to be a company that was going places.

An innovative tensile PV product backed up by extensive industry experience, operating in a UK solar market buoyant by generous feed-in tariffs on offer at the time.

But just 18 months later it had collapsed, taking that £1 million of crowd-sourced finance with it.

That the business’ assets were sold to a former shareholder at a knockdown price just a fortnight later, leaving investors and creditors out of pocket, has been a negative story for both the solar installation industry and the crowd funding movement. When you consider that TSCC was one of Crowdcube’s largest fundraising drives at the time, it is a particular blemish on the platform’s record.

Recent details regarding the operation and success of TSCC in the period following its crowdfunding drive will however heap more scrutiny onto both the company’s management and Crowdcube’s controls.

New details have now been released within the most recent administrator’s report, issued by insolvency practitioner Irwin Insolvency, which include reference to the administrator’s proposal to creditors. It documents both the performance of the company and developments since it was plunged into administration last year, some details of which are at odds with what TSCC suggested on its Crowdcube page.

Primarily, potential investors were told that the company had forecasted Year One sales of £7.5 million, followed by rapid growth and sales of £40 million and £48 million in years Two and Three respectively. But new documents reveal that sales in its first full-year amounted to just £184,168. Turnover in the six months running 1 October 2015 to 31 March 2016 did demonstrate an improvement – amounting to £204,370 – but still considerably off the pace required to meet the Year Two expectation of £40 million.

Potential investors were also told that overheads would be “kept to a minimum” with principal costs in its first year – circa £155,000 according to TSCC – to be spent on the move and re-fit of a new office. A further £103,000 would be spent on a national marketing and lead generation programme and £30,000 spent on IP protection and R&D.

But overheads swelled in the years following the Crowdcube drive. Throughout the year ended 30 September 2015 TSCC recorded total overheads of £735,887, and a further £542,680 was spent during the six months from 1 October 2015 to 31 March 2016. Indeed, overheads were so high that the company found – as early as July 2015 – that there was insufficient capital for ongoing projects. Two separate cash injections of £200,000 each – on in July 2015 and another in January 2016 – were provided by shareholder Charles Shale to keep the business going.

Potential investors were told that the company had forecasted Year One sales of £7.5 million, followed by rapid growth and sales of £40 million and £48 million in years Two and Three respectively. But new documents reveal that sales in its first full-year amounted to just £184,168.

There is little indication as to what these overheads were spent on. The insolvency practitioner can conduct an investigation into the company’s expenditure should it believe the situation warrants, however it has yet to be confirmed whether or not this will take place at TSCC.

The company also suggested that it would look to grow its team and begin to commercialise its offering, securing “talented sales professionals” to help drive its growth. Perhaps hit hardest by the abrupt reduction in government subsidies, TSCC failed to secure any new contracts between January 2016 and May 2016, exacerbating cash reserves which were exhausted by the time the company entered administration.

This was a problem made worse by TSCC’s primary shareholder – Peregrine (Perry) Carroll – informing the company that he intended to sell his stake in the company, effectively blocking a second funding round from proceeding. Despite suggesting on its Crowdcube page that a takeover could be possible in the future if its technology was proven, Carroll attempted to sell his stake for three months without success, all the while flouting considerations from TSCC’s board that it would not be in the company’s best interest. The Solar Cloth Company listed carports as a potentially significant driver for its tensile solar PV product, which it said was in development. Image: TSCC.

The wreckage and the rubble

Since it entered administration, the assets of both TSCC and Base Structures – the company it acquired in 2015 – have since been resold. Undisclosed TSCC assets fetched a grand total of £40,000 while Base Structures, acquired in a ‘share swap’ with an equivalent value of £1.5 million, raised proceeds of just £32,000. Insolvency documents reveal the purchaser of TSCC assets to be none other than Charles Shale, an investor in the company who continually supported it financially.

It remains unclear precisely what Shale has acquired from the rubble of TSCC. If he has taken on any intellectual property or technology developed by TSCC using the crowdfunded finance, technology which could feasibly be marketed in the future, then former investors in TSCC will no doubt have the right to be angry.

Proceeds from the asset sales will be used to help settle creditor claims, but investors will not receive a penny due to their lack of preferential status. Preferential creditors, which include former employees, will be repaid first and foremost, followed by crown creditors such as HMRC. Sums recovered by those asset sales will barely touch the sides.

The latest revelations only serve to heap additional scrutiny on Crowdcube’s protocols regarding listees and the claims used by companies to tempt investors, particularly those regarding sales forecasts and the future prospects for companies seeking investment.

Solar Power Portal contacted Crowdcube to ascertain whether or not TSCC’s financial forecasts were placed under any internal scrutiny before they were allowed to be published on its page, which effectively acts as an investment prospectus.  The company said that it was “confident” that all necessary due diligence required by FCA regulations was undertaken at the time of TSCC’s listing in 2014. “All financial figures presented on the pitch were representations provided by the directors of the business, bound by their fiduciary duties,” it said.

SPP also contacted Irwin Insolvency, the practitioners appointed to both TSCC and Base Structures’ insolvencies, and left messages for the directors at TSCC who presided over the period in question to ask them both how overheads were far greater than forecast and how its sales forecasts missed so spectacularly. They are yet to respond at the time of publication.

Crowdcube did however go on to mention that since TSCC’s funding campaign, its due diligence controls have been strengthened. Previously they focused entirely on the company rather than personal bankruptcies and this has now been “expanded and enhanced” through the addition of credit checks via CreditSafe and Experian. A new ‘Due Diligence Charter’ was also recently published with the attempt of providing further clarity over the analysis and verification processes it conducts on listed companies.

But what Crowdcube has not said is whether or not TSCC’s ambitious growth forecasts were at any time scrutinised before they were allowed to be published on its site, and whether or not this could be seen as a failure in its due diligence controls.

SPP spoke to the Financial Conduct Authority (FCA), which regulates crowdfunding drives when such investments are sourced in exchange for equity.

The FCA would not comment on specific incidents or companies running crowdfunding platforms, but it did confirm that there is currently no minimum level of due diligence that such platforms must follow. This is left entirely up to the discretion of the platform itself, however the FCA does expect companies to be completely clear on what due diligence is undertaken.

“We think our approach provides adequate investor protection and sufficient flexibility for firms to operate and arrange finance for small and medium enterprise. However, greater prescription is an option that the FCA may consider in the future, depending on how the market evolves,” an FCA spokesman told SPP.

Perhaps mindful of this, the FCA is in the midst of a post-implementation of its rules and an update published in December last year revealed that the FCA believes that rules do require modification “in a number of areas”. Further concerns have also been raised regarding information being provided to potential investors.

Further research is continuing, and the FCA confirmed to SPP that when it consults on regulations later this year it could look to put into place further rules on disclosures relating to the due diligence process, even if it does not completely enforce a minimum standard.

This will, of course, offer little solace to those who lost their investment in The Solar Cloth Company, a business whose founders were not subject to checks before being allowed to list on Crowdcube and whose highly ambitious claims were not analysed prior to their publication.

“We think our approach provides adequate investor protection and sufficient flexibility for firms to operate and arrange finance for small and medium enterprise. However, greater prescription is an option that the FCA may consider in the future, depending on how the market evolves,” the Financial Conduct Authority.

Nearly nine months on from TSCC’s collapse and the precise details it remain somewhat unclear. The company does indeed serve as a cautionary tale for businesses built on government subsidy – as so many solar PV businesses have been in the past – but numerous questions remain unanswered from the insolvency process so far, namely;

An investigation into the company’s and the director’s affairs conducted by Irwin Insolvency at the time of its appointment was completed, but its contents – sent to the business secretary Greg Clark – remain a secret. It is however known that documents reveal apparent differences between the company’s last set of accounts and what was contained in its statement of affairs at the time of administration, changes which Gerald Irwin enquired into. Past or present directors may well be deemed unfit for directorships as a result of the investigation.

The next steps won’t be for a few months’ time, when the year-after progress report is due and further information could be revealed. In the meantime, both Crowdcube and the FCA are progressing towards much tighter controls to try and prevent a similar case from reoccurring.