Energy co-operatives offer great opportunities for communities to forward green ambitions and benefit from low cost energy, but the challenges they face in the energy sector has meant that they are still few and far between.

Egni Co-op was set up in 2013 to develop and install renewable energy, as well as provide energy efficiency measures and assistance to local communities. As the first Solar PV Co-op in the country it has grown from strength to strength, installing solar PV on 40 schools and over 40 other buildings.

This includes completing installations on twenty Newport City Council schools, six Pembrokeshire Council schools and five schools owned by the Archdiocese of Cardiff in the first half of 2020, and seven schools in Swansea from August 2020.

In December, the company won the Alan Clark Award for Local/Community Energy at the Solar & Storage Live Awards in recognition of its rooftop solar project for Newport City Council involving 28 buildings. This saw the company install over 6,000 solar panels across council owned buildings in Newport, including the Geraint Thomas National Velodrome of Wales. 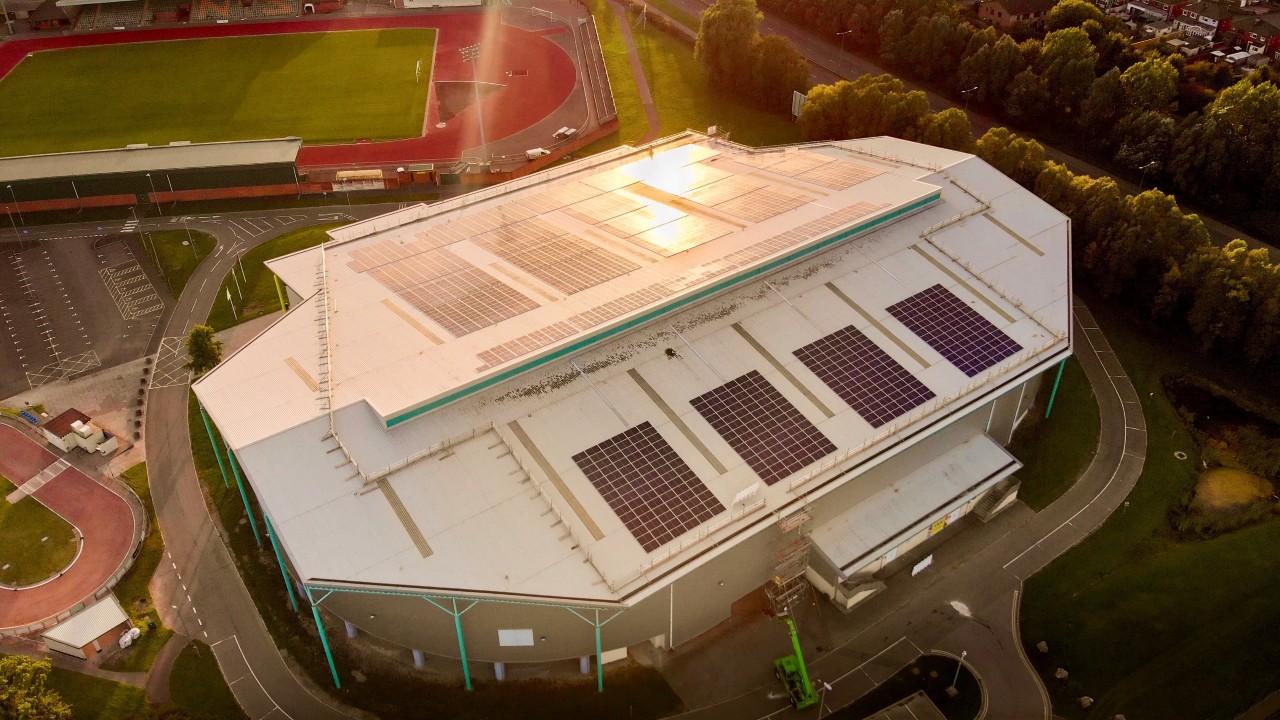 The Geraint Thomas National Velodrome in Newport, one of the council buildings that was fitted with solar panels as part of a project run by Egni and Newport City Council. Image: Egni Co-op.

There are numerous benefits to operating a solar co-op, explained Rosie Gillam, director at Egni Co-op, when speaking to Solar Power Portal recently.

“One of the major things about a co-op for us is that it brings about the wider societal change that we need,” she explained. “As a co-op we are close to being a “normal” business but we’re not driven by profit but governed by a set of Rules around tackling climate change and education, and the company’s assets can’t be used in a way which doesn’t match those Rules. I think that’s appealing to people when we offer to install solar on their roof. And unlike a normal company we are totally open book about our business and share information which benefits us all. There’s absolutely no point in keeping ‘trade secrets’ when you’re all working towards the same goal!

“The whole ethos of co-op is that we are focused on self-help and mutual help. So it is a kind of do it yourself, the company is professionally run, but also we are all developing our skills, and we're developing skills in schools. Hopefully we and other co-ops are actually getting people to think differently – getting away from the old idea of competition “if I win you lose”. With all things but especially the climate crisis we either all loose or we all win together.”

Education is a key aspect of the work Egni does, working with Energy Sparks – an energy focused Charity – to deliver an educational program to local authorities, getting kids interested in solar and renewables.

By engaging children and adults, communities can benefit from technologies like solar, explained Gillam. Installing panels on school roofs, whilst remaining an “open book” throughout is key for Egni, as it helps them engage with students and the wider community.

Through education, the company is able to show not just the benefits of renewables, but also that “there's no need to sit back and wait for big government to help you out or whatever it is. You can do this yourself,” said Gillam. 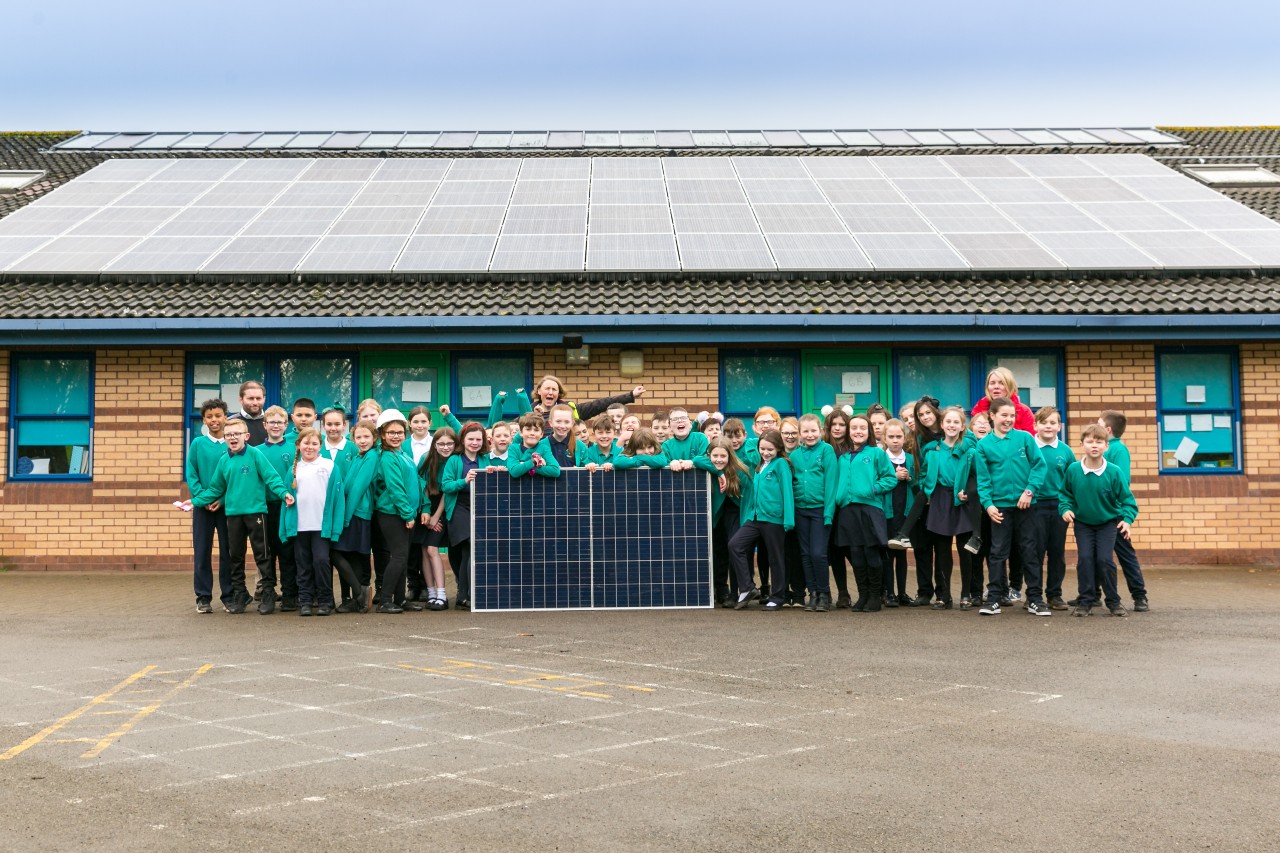 But there are still major challenges for operating a co-op, with many groups struggling to develop projects at scale.

“They don't necessarily have the scale of project, the financial clout, financial backing, or they might not have in-house expertise or the money to get it,” explained Gillam. “And they might be running on volunteer time, which can always fail if somebody just hasn't got the time anymore, or directors get burned out.”

Egni is set up in some ways closer to a commercial enterprise, she continued, but still with the “DIY ethos” of a co-op. All members having professional experience prior to joining, and all are paid members of staff rather than volunteers helping to ensure management stability.

The company was established thanks in part to funding and support from its parent company Awel Aman Tawe (AAT), a community renewable energy charity in South Wales with 20 years’ experience. To fund the recent solar roll-out it received a loan from Development Bank of Wales and raised money through a community share offer, the co-op is now aiming to pay off the loan through raising more shares.

This forms part of the co-op ethos in many ways, explained Gillam, as “that loan needs to go back into The Development Bank of Wales’ pot to enable them to fund other community energy enterprises".

“We should be raising money from shares because then that helps that local economic multiplier, so that all of those shareholders are earning interest rather than it being earned by a bank.”

As of December, Egni had raised over £2 million from a community share offer from over 1,000 individuals and organisations.

Going forwards, Egni Co-op is developing a number of sites before the close of the feed-in tariff (FiT) in March, and is beginning to assess development for post-FiT sites, along with its continued focus on education.