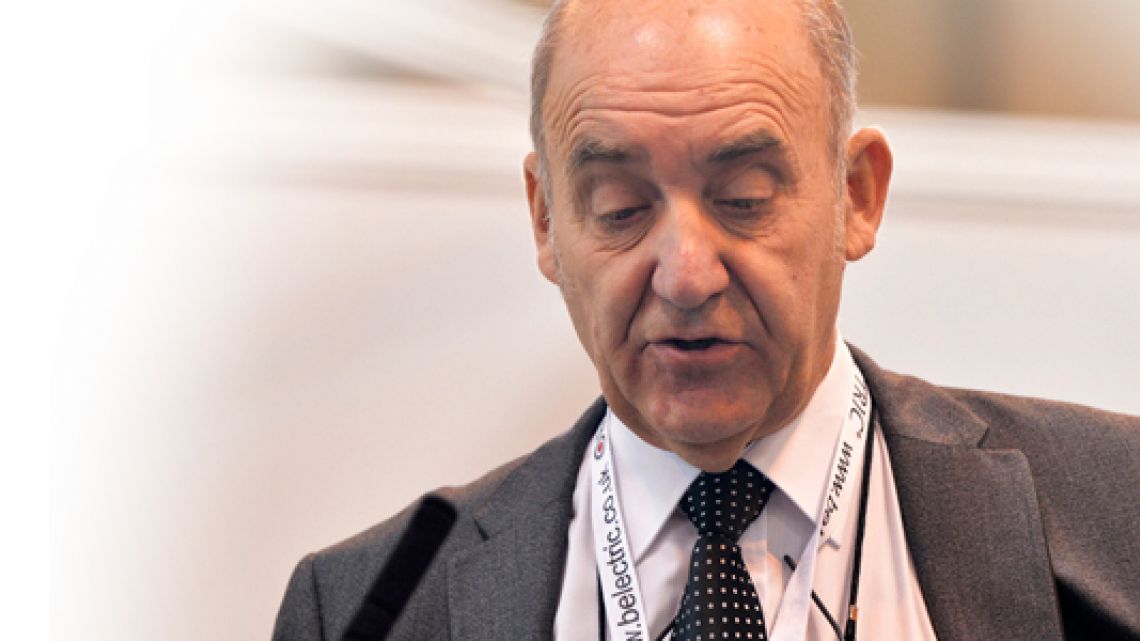 The feed-in tariff (FiT) has marked a period in the solar industry rife with extreme highs and lows. From growing the UK industry to be a fierce competitor to the solar giants across the world, to it later coming crashing down as fierce cuts were introduced in 2015, the FiT has had a substantial effect on the industry.

As it draws to a close this week, Solar Power Portal spoke to industry stalwart Ray Noble, who played an instrumental role in the formation of UK solar policy and continues to advise the government to this day.

What effect has the feed-in tariff had on the solar industry since it was first introduced in 2010?

The industry has died, in some ways. Because all the big manufacturers don’t need to have a base here. Rather than buy direct from the manufacturers, you’re having to buy through a distributor. There’s limited distributors, the distributors don’t have the turnover that they had in the past so they have to buy from another distributor, probably in Europe.

The result is the price of everything you buy is significantly more than what it should be. That’s just business. If we can grow the volumes again, then it means the manufacturers can supply directly and that would probably cut 20% of costs straight away. It’s as quick as that. But you’ve got to have the volume.

It’s not good having everybody moaning and groaning ‘our feed-in tariff is gone, our business, we’re making people redundant’, they should have got their act together beforehand. They knew it was coming long enough to stimulate the market.

The way I look at is, we’re coming to the end of the FiT… it’s been very successful to get the industry going, to get recognition that solar works more than anything else. However, it was always whereby the subsidy would one day run out and we’re now in that situation.

What are the longer term effects of the expansion of the industry, caused in part by the FiT?

Module prices still continue to come down because global manufacture continues to go up and therefore every time you increase manufacturing you drive down price. The technology has moved on as well because the solar companies have time now to invest in some research and development and produce more efficient products and get those into the market knowing you can sell them.

Where previously, when we started FiT, you’d get a module that was rated at 225W, you’re probably now looking at anything from 275W to 330W. That’s the step change in terms of the technology. Of course, the more powerful the module, the less modules you need for it given the amount of kilowatts and megawatts and therefore the installation costs come down as well. [On the] electronics side, invertors for a domestic when we started were £800-1000, now they’re £200. Because of mass production, or because of market saturation, the prices come down. Some people haven’t realised the prices have dropped this much as they are, so it’s a matter of making people aware of that.

Unfortunately, the industry attracted a lot of cowboys and there were a lot of cowboy sales. The result is you see lots of quotes in papers about people being ripped off or people not being able to sell their house because they’ve rented out their roof and things like this. So that’s the bad side of what actually happened.

A lot of the companies disappeared because in effect they had to make some money and they grew assuming it would last forever but they didn’t put anything in place as to what would happen afterwards. So unfortunately because I’d say a large proportion of the industry installers were just there to make money and then close the doors they didn’t really do that long work which you’ve got to do to continue customer relationships and things like that for when there was no subsidy.

The industry has moved on since the FiT was first introduced. Increasingly, storage is being presented as a way forward for solar. What are your thoughts on the introduction of storage to solar?

Storage at the right price becomes the holy grail of solar. Every solar farm, every rooftop installation, whether it be domestic or on a commercial building, will end up with batteries linked to it in the future. Every new one will just automatically have batteries put in.

Batteries weren’t the right price a year ago, but they probably will be in a year’s time and they’ll be plugged in at that point in time. In many cases solar farms were peak locked because of the grid, you couldn’t put the maximum amount in, it had to be cut, so therefore you can release that additional power but also put the electricity in where you’re normally getting paid what might have been 4-4.5p per kilowatt-hour, you can take some of that electricity through storage, move it to a time where it’s worth 20p. So the business case to allow you to pay for the storage is a no brainer.

Is there a case to be made for the compatibility of solar, battery storage and electric vehicles?

When it comes to electric vehicles, all of the charging points will say that they have bought green electricity. There’s not enough green electricity to handle the range of cars coming along therefore there needs to be more. Whether that’s more solar farms, wind farms, solar on large roofs, solar on car park canopies, with your charging devices beneath them, things like that, all of those have been talked about by industry, never really happened as the market wasn’t right. Now that the cars are coming along, the market is right.

The problem the government has got is tax. My view? They can’t tax people’s electric in their home because that’s all the electric used so it puts everything up. What they’ll do is, probably the fast chargers will end up having a tax on them, the equivalent of a filling station. But in effect, those people who are just charging up at home will never ever pay the additional taxes. So the treasury are trying to work out these scenarios for the future, how they balance the books etc. But again, treasury have the opportunity of saying, well hang on a minute, people are putting these things in at their own price, their own cost, so they’re putting solar in, they’re putting a storage battery in, they’re buying electric vehicles, they’re paying for them all, and they’re doing good to the grid. That means the government don’t have to invest in as many power stations. And seeing as our power stations are reaching the end of their life in many cases, that’s a big investment.

What are your predictions for the future of energy?

We’re heading for an all-electric future. Anybody in the energy industry should look at that and say this is the future; there’s the opportunity, different avenues to get started, whether it be small installations, whether it be large installations, you’ve got lots of customers, corporates, who now need to be seen to be green for the shareholders.

You’ve seen the likes of BP, you’ve seen them buy Lightsource. They’ve got corporate responsibilities, they’ve got shareholders saying ‘hang on, you’re in fossil fuels, I think we better get our money out of BP because fossil fuels are on the way down’ so what they’ve had to do is invest in companies that are on the way up. So you’ve got Lightsource, you’ve got Chargemaster, anything that’s related to vehicles and energy. Whatever BP’s doing, Shell’s doing the same and they’ve got the buying power to buy anyone they like so it won’t stop with where they are today, they will be buying other companies, they’ll be buying storage companies and people like that to make certain they’re part of the energy market of the future.

So they’re moving the market more into the commodities market, rather than just selling gas, it’s about selling services, and those services can be reducing your energy consumption, putting in solar roofs, putting in batteries, doing other things as well. EVs of course link into that, putting charging points in houses, etc. So all of those big companies like that realise their own market is disappearing, there’s a new market developing and now is the time to invest and if they don’t invest they won’t exist.