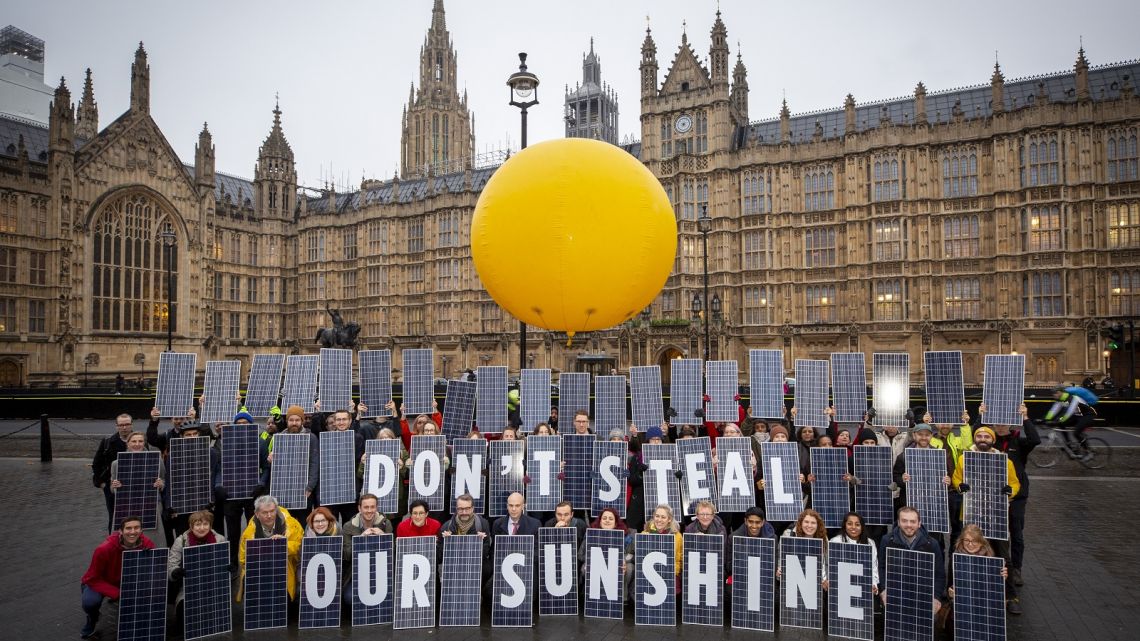 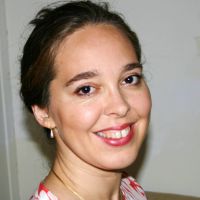 Children striking from school, a powerful wave of civil disobedience bringing London to a halt and a swathe of councils declaring a climate emergency.

The desire to see rapid action to help prevent dangerous climate change is being voiced loudly across society and not just from the grass roots; the titans of banking and industry simultaneously sound the warning from their lofty global vantage points.

Legal & General, which manages £1 trillion of pension assets, warned of 'climate catastrophe' while the Governor of the Bank of England said “the whole financial sector has a crucial role to play” in seeing off the 'devastating' effects of climate change.

Solar power’s greatest strength is it empowers so many to take meaningful action, including local and regional governments. In the absence of national leadership on solar (not to mention the Brexit vortex), the STA is encouraging diverse stakeholders to draw on all their powers to help push deployment forward.

For some applications, such as large rooftop solar, even without public support the economics is attractive. For domestic solar the economics is certainly tight, but the social imperative is rocketing skywards. It is that imperative that we must count on to sustain the momentum needed to get over any bumps as the industry blossoms anew in a market-competitive landscape. This time, increasingly free from the vagaries of subsidy politics, the solar industry may grow more slowly than we or the climate protestors would like - but it will root itself in solid ground.

Our vital campaign on the export tariff with 10:10, Community Energy England and others forced Government and energy suppliers to focus on finding a route-to-market for smaller rooftop solar. This is crucial if millions of people are to be treated with basic fairness as they seek to act on climate change.

We are of course delighted with Octopus Energy’s breakthrough offer but we will be watching the market for Smart Export Guarantees very carefully and recording all and any offers on our online League Table. But one swallow does not make a summer. The need for a mandated fair floor price (which does not preclude innovation because it could be half-hourly) has not gone away. Long-term industry and investor confidence, community energy and prosumer protections, in line with EU laws, require it. Not to mention the real barriers still to a flourishing export market.

We are delighted our members iChoosr will continue their roll-out of collective purchase schemes, which are important for building higher volume markets. Our new online advice section for households helps to plug the knowledge gaps, particularly given increasingly complex but exciting new choices as the smart grid comes into focus. And we are working closely with MCS to champion maintaining the highest standards for solar & storage customers, despite the market pressures.

We will be going on the road next month with a series of regional, educational seminars to support SME installers. The Roadshow will aim to ensure that consumer benefits, innovation and responsible selling define the post-subsidy market, and bring to light policy changes, local solar and storage opportunities, and offer expert training sessions for installers who want to unlock new business.

Social inclusion for solar remains a thorny issue. Along with EST we want to see the Home Energy Scotland offer of interest-free loans for solar and storage go nationwide. But let’s not pretend this would be sufficient. Government policy support is urgently needed to ensure vulnerable homes are not left behind in the smart energy revolution.

Broadly the economics of solar on many larger rooftops is attractive and we look forward to supporting the expansion of this solid market. In 2019 we will be bringing the major international RE-Source platform on corporate renewables sourcing to the UK with RenewableUK, starting with a conference in London in July, with an equal focus between public sector and corporate PPA opportunities.

As well as encouraging rooftops, we must encourage local authorities and other public sector power purchasers to directly contract through PPAs to purchase solar power. Notably the Corporation of London has tendered directly for new solar and wind projects, rather than procuring ‘green’ energy that does nothing to drive new renewables developments. Fortunately many local authorities & collective power purchasers are waking up to this.

The business rates issue has not gone away, particularly given the fresh risk to battery storage economics - already challenging - and we are hopeful Government will return to this shortly. Watch this space.

However, it is in this vital sub-market that the Targeted Charging Review could have the most detrimental impact. This bizarre proposal from Ofgem will see small homes with modest power consumption contribute the same to key network costs as profligate mansions. It will penalise companies who have acted to slash their energy use while rewarding the climate couch potatoes.

The TCR proposals have certainly not helped the growing perception of regulatory risk for companies that are otherwise expressing an interest in battery storage. Pushback from the renewables industry has been united and strong and the energy minister appears to be asking the right questions. The STA is already working with its wide network of supportive MPs in parliament to push this tricky issue up the agenda, as well as representing the storage and solar industries in the complex regulatory development process.

Our recent LCOE analysis sets out how big the economic prize is for the UK if it gets behind large-scale solar. Projects are now being planned on the basis of 40-year operational lifespans and, if financing costs are reduced, they could be delivered for well under £40/MWh by 2030. However, this will depend on the extent to which government is willing to help with reducing project risks, most notably by finally allowing solar to compete in Contracts for Difference auctions. It must be emphasised that solar would not require any actual subsidy under this mechanism – we support the excellent work that Cornwall Insight has done to illustrate how a “Price Floor” or subsidy-free CfD would work in the GB market.

After a difficult few years, we are now fighting to protect the emerging solar farm pipeline from misguided proposals from Ofgem – out of the blue – to load substantial system balancing costs on solar farms, for which there is no evidence they contribute. The STA is represented on National Grid’s BSUoS Task Force, which is exploring the extent to which the system balancing charge could drive more efficient behaviour from network users, and we continue to work toward a more equitable network charging framework that supports flexibility and decarbonisation.

Upholding high standards for the design, construction and maintenance of solar farms remains a top priority for the STA. Along with our colleagues in Solar Power Europe, we’ve led the way in developing best practice guidance (now in its 3rd edition) for the operation and maintenance of solar farms that are now being adopted worldwide. We also firmly believe that when it’s done right, large-scale solar can increase the ecological and agricultural value of a landscape, providing habitat for wildlife, grazing area for livestock, and supporting valuable pollinators.

As the plummeting costs of both PV modules and energy storage technologies continue to defy industry expectations, exciting opportunities for co-location with grid-scale batteries and wholesale arbitrage quickly becoming a reality. Network operators are also beginning to wake up to the tremendous opportunities for grid balancing and reduced congestion that solar and storage can provide. Ultimately, the future for large-scale solar is bright, but government must level the playing field in a few key areas – particularly business rates, network charging, and access to the CfD – in order for the full potential of large-scale to be realised.

We have written to the leaders of all local council that have declared a climate emergency with a copy of Leading Lights, which sets out the very practical steps councils can take with solar right now to translate their declarations into early action. The STA’s Local Authority Steering Group is developing a work programme that will see us champion the best of local new-build standards, advise on tendering contracts that safeguard quality and could see us working with grass roots members and activists. Our resources for local government are freely available on our website and we would encourage everyone to make full use of them in an approach to their local council.

Scotland proves that the housing market (highest growth rate of all regions in the UK) can thrive regardless of more robust building standards. STA Scotland estimate that over 70% of all new housing incorporates solar PV, with several councils leading the way as they go beyond the national building regulations. STA Scotland meets regularly with Scottish Government officials and senior DNOs representatives to iron out grid issues and other barriers. Whilst the Scottish government has used its devolved powers to roll-out renewables support schemes unavailable in the rest of the UK, their business rates framework and planning regulations leave commercial solar projects at a disadvantage.

The solar sector in Scotland will benefit from a more joined-up circle of academics and industry professionals. At this year’s All Energy conference in Glasgow, STA Scotland will be supporting the launch of an Energy Technology Partnership report on the opportunities for solar deployment and innovation in Scotland and we will be expanding on this work at our Scottish conference in early September. As well as continuing to work with the GLA, we are building relationships with the Welsh Government which has wonderfully bold ambitions for renewables, which the rather predictable collapse of Wylfa nuclear power plant will surely strengthen.

And of course the STA will continue to set out the big picture benefits of solar power and storage. We will shortly be publishing a briefing on the UK value of solar & storage investment, once and for all busting the myth that solar has lesser UK value than other renewable technologies – the very opposite is true.

The underlying national policy terrain may be frustratingly tilted towards old tech for a warming world, but plough on we must and it is the determination of people right across our industry and beyond that will ensure we do. Despite all support being removed prematurely, our industry & this technology prevails. Right across the UK, from responsible businesses to environmentally-aware communities, from social housing developers to city mayors, and from Bank of England Governors to your own worried child striking from school, the value of solar is clearer than ever. For the next few years, the vitality of our industry lies in their hands. As the window of opportunity to act closes, the STA will be doing everything we can to empower those who seek to act.