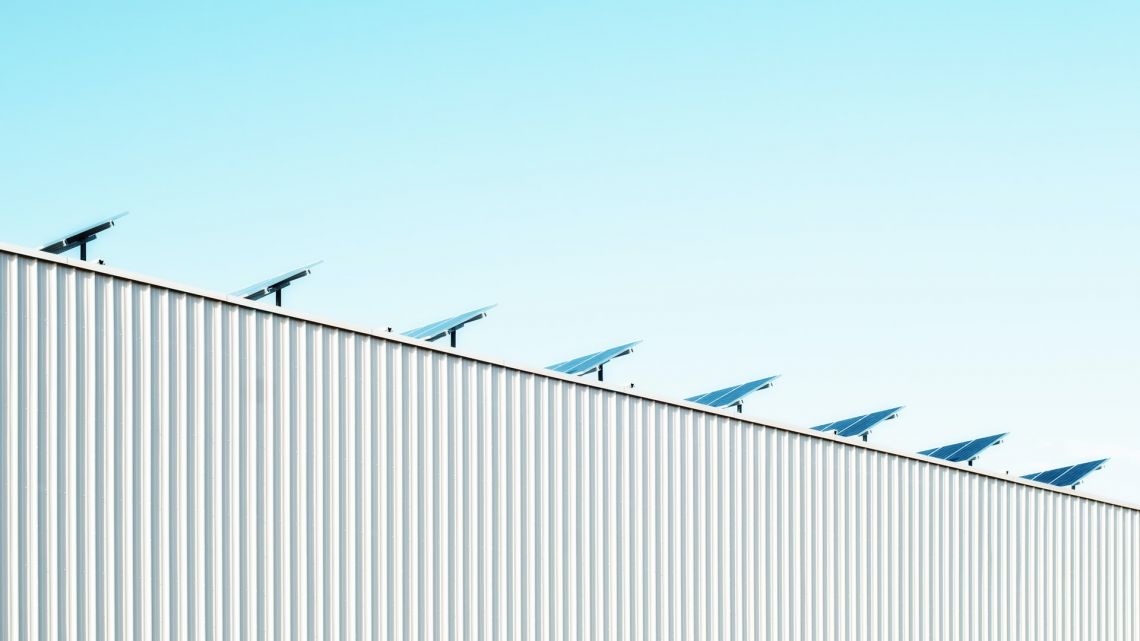 As the economics of solar systems have changed over the years, as has the approach from the commercial and industrial (C&I) sector, Aquila Energy Efficiency Trust told Solar Power Portal.

Previously there has been a desire to hold off for the lowest price possible solar system, with companies keen to ensure they got the most bang for their buck. But following the dramatic drop in the price of solar technology, other social forces are taking over explained Alex Betts, senior investment partner at Aquila Energy Efficiency Trust, part of Aquila Capital.

There is now a larger need for companies to meet sustainability and net zero goals, or they risk losing their customer base or falling out of favour.

“The greed aspect, ‘I'll delay for greed’, is being replaced by the fear, ‘I've got to move',” explained Betts. “I've got to do things because I don't want to lose customers. And actually, I've got to make sure we're at the forefront of this.

“So this fear and greed thing is quite an interesting way of thinking about energy efficiency, and I think that the ingredients are all in place for that, particularly in the private sector.”

This shift has been further emphasised following the COVID-19 pandemic, as companies look to cut costs in the challenging economic environment whilst bolstering their green credentials.

“I think what's really resonating with the private sector is the adoption of net zero strategies,” continued Betts. “Because they recognise that they've got to keep stakeholders and consumers on side, and also a lot of things where the CEO says, 'I've got to talk to my grandchildren or my children, and look them in the eye'. There's a lot in that, and so they're adopting that.”

With this increased focus on sustainability, Aquila has chosen to focus its economic model in the UK on developing rooftop solar that has energy efficiency at its core. This moves the company’s model in the country on from previous solar farm developments, such as a 9.8MWp installation near Sheffield in 2015.

Now it “revolves around working with a developer who designs the optimal scale of system for self-consumption, and that's about the usage patterns,” said Betts. “The result is that what we tend to generate is an annual cost saving of 'X' percent  and then a maturity to those cash flows, hopefully, within about 12 years, but depends where it where it resides; the further north it is the harder it is, and the reason for the 12 years is the life of inverters, and that then becomes a significant O&M cost at some point.”

While the pandemic hasn’t changed the desire to adopt solar in Aquila’s experience, the counterparties they’re looking to develop with potentially has, with restaurants, pubs and retail having been hit particularly hard by the lockdowns, making them riskier than previously.

Betts suggested that governmental support in the form of an insurance credit package could help with this however, wherein they stood behind smaller businesses rather than strictly putting forward the money themselves.

There are “huge numbers of premises occupied by relatively small businesses and we can't do 10 year projects with them, because we don't know they're going to be there".

"But there's plenty to do from our selfish perspective with very large businesses. From a macro policy point of view, I think there's quite a lot to think about in that regard.”

Aquila Energy Efficiency Trust announced an initial public offering in early May, ahead of it listing on the London Stock Exchange from the beginning of June. It was looking to raise up to £150 million to expand its operations throughout Europe in a diverse range of technologies including solar.

“The IPO for us is a step towards bringing a strategy to a wider public that would enhance what otherwise would only be suitable for institutional investors like pension funds and insurance companies who are able to invest in longer dated strategies,” Lars Meisinger, head of international client advisory & corporate development for Aquila Capital told Solar Power Portal.

“It follows really the logic of our Aquila Renewable Income Fund where we turned to the concept of an investment company to build portfolios that kind of use liquidity transformation by turning them into shares. And then allowing the wider public to access it.”

As part of this, the public offer is set to close on the 27 May with results announced on 28 May.