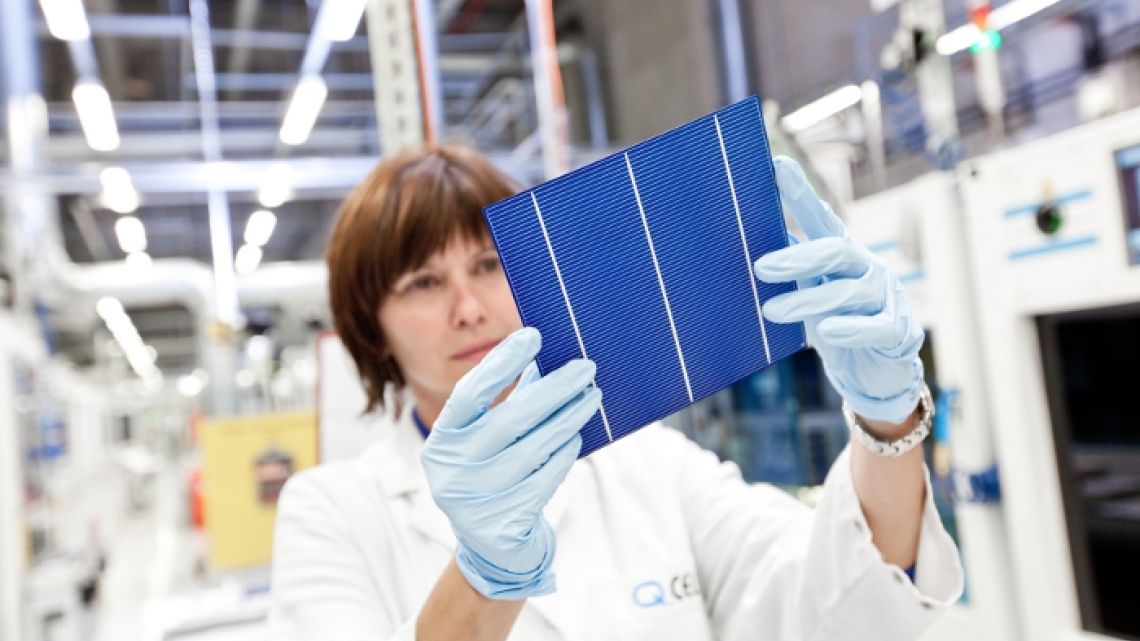 The UK solar industry currently has 8.3GW of ground-mounted large-scale (>250kW) solar farms installed, across almost 1,200 sites, the majority of which are over 5MW in size.

Until now, module selection has been seen by many as a commodity affair, often driven by minimising project capex, and less focused on the quality and reliability that ultimately underpin returns for long-term asset holders and investors.

This article explains how the next phase of UK solar growth will see changes in module supply and energy-yield capability, owing to the rapid changes in the module supply landscape and the new technologies now coming through in mass production, and how this will impact the design of solar farms and the module suppliers that will be driving this.

The topics and conclusions are set to be explained clearly at the forthcoming PV ModuleTech 2017 conference in Kuala Lumpur, Malaysia on 7-8 November 2017, as discussed in a recent feature on the PV-Tech website - How to find high-performance bankable quality solar modules with minimum risk - accessed through this link.

In looking at the 8.3GW of ground-mount capacity in the UK today, installed during 2011-2017, alarm bells start ringing in terms of some of the module suppliers used that have either gone insolvent, no longer have any global presence, or simply outsourced the module build.

Let’s look at some of the module selection during different phases of UK solar farm build, excluding selection from the current crop of global bankable module suppliers to the industry that have featured prominently in the UK so far: JinkoSolar, JA Solar, Trina Solar, Canadian Solar, Hanwha Q-CELLS, First Solar and REC-Solar.

During the initial 2011-2012 growth phase in the UK, module suppliers such as A-Sun, Miasole, Solon, Sunowe, and Solarwatt featured on a number of the solar farms installed in the UK; companies not currently widely recognised as leading players in global utility-scale solar farms. Indeed, today, solar farm assets using these modules are held by firms such as Foresight, Lightsource, and John Laing.

During 2013-2014, large-scale solar farms were also constructed using modules from suppliers such as ZNShine, Jetion, Tamesol, Axitec, Phonosolar, and Solibro. There were also a number of prominent sites that used modules from LDK Solar, China Sunergy and Yingli Green; companies that were either forced to delist from US stock markets or have undergone significant operational and financial restructuring in China in recent years. Asset holders of these sites today include Octopus, Foresight, TRIG, NextEnergy, John Laing, and Downing.

As the UK solar industry matured, the 2015-2017 phase continued to see strong shipment levels from the likes of Trina Solar, JinkoSolar, JA Solar, Hanwha Q-CELLS, REC Solar, Canadian Solar and First Solar, as the country was a priority for the largest and most credible global module suppliers of recent times.

Aside from the choice of module technology, the entire 2015-2017 period was also overlapping with the European MIP restrictions, with many suppliers withdrawing from the MIP. This was largely due to these companies having supply channels outside China that negated the requirement to sell at MIP levels to the EU.

But in looking at the module suppliers above, it is interesting to note that many of the suppliers do not have cell or module manufacturing located outside China: BYD, Jetion, Phonosolar, Risen, Suntech, and Yingli Green. Indeed, even Anesco’s Clay Hill solar farm (the first ‘post-subsidy’ site built in the UK) was done using modules from one of these companies (BYD).

While often hard to get the exact details, this would imply that many of the solar farms built in the UK used modules supplied by companies in China that simply outsourced cell and module to other companies located in Southeast Asia, and possibly concentrated in Vietnam.

Virtually every major asset owner of solar farms in the UK is holding sites today that will have been built using modules produced and supplied in this manner.

Who is doing the due diligence on module selection?

The sub-title here must surely be a question that comes up when discussions take place between final asset holders and assigned O&Ms on the thorny issue of performance ratios and energy yields from sites not meeting original expectations.

The most diligent process here is when leading certification labs, factory auditors and independent engineers are engaged before the build process, looking specifically at the sites where the modules will be produced and performing qualified due-diligence on the company’s technical and financial credentials, right down to the exact bill of materials and module inspection auditing for every module to be delivered on-site.

The reality in the UK however is not uncommon with many other markets until now, where the priority was not assigned to the above-noted rigorous process. Module selection often occurred well before the involvement of the investors and long-term asset owners that have the most to lose over 25-30 years.

Choosing modules based on outdated factory audits (often not even where the cells or modules are eventually produced), or running off some misleading Tier-1 fantasy league table, does seem to have been the modus operandi of many site builds, justifying the drive to minimise module-related capex and maximize profits during short-term flipping to the next site owner in the chain.

The need for increased awareness today

Aside from simply making sound long-term business decisions into what is ultimately the most critical component of a solar farm asset, other factors are now playing a decisive role in module supplier and module type selection in the industry; and this is certainly going to have a major impact on the post-subsidy solar farms that will be constructed in the 2018-2020 period in the UK.

First, it is important to know the module suppliers that are leading global markets with GW-levels of shipments, and are becoming the companies to align with for long-term relationship-building of solar sites constructed outside China. Most of these companies have manufacturing now established for cells and modules overseas, in new state-of-the-art facilities in locations such as Malaysia.

Companies that only have cell/module production sites in China today are largely focused on their domestic market (that will install a staggering 40-50GW this year alone), and continue to operate a (lower priority) sub-contracting route (often via Vietnam) to serve end-markets in Europe and the US.

However, by far the most important piece of homework that project developers of post-subsidy sites (and asset-holders/investors that are seeking to expand existing UK-based solar portfolios) can do is to get technology savvy.

Module performance is changing rapidly today, having been through a period of 3-5 years when minimal upgrades were performed and where the biggest change was simply seeing 60-cell p-type multi panel ratings increasing from 250W to 265W.

The industry is shifting to mono, increased use of 72-cell panels, and process-flow based upgrades are coming through with PERC-based options and (shortly) bifacial modules that offer the prospect of generating electricity from both sides of the solar panel. The potential site yield benefits are significant here when dealing with modules rated 350-400W.

In this respect, it is perhaps even more critical to understand who the credible (bankable) module suppliers of these new mass-production modules are, how site design needs to be planned in order to maximise energy yields, and what is the route to minimising risk by engaging with the best certification labs, factory auditors and independent engineers capable of auditing these suppliers and technologies.

With post-subsidy economics being not simply driven by cheap build-capex, but more about 30-year return-on-investment, understanding the above issues could well be the make-or-break of many sites coming to fruition in the UK in the coming years.

PV ModuleTech 2017 to explain this clearly

It should be mentioned of course that these issues are not UK-centric: they exist in every global solar end-market today. So developers based in the UK and investing in solar sites overseas have even more to gain by getting up to speed quickly.

Until now, there has been no industry forum designed specifically to address the above topics by explaining the key issues from the relevant stakeholders involved in GW-level global module supply, module bill-of-materials selection, factory auditing, panel certification and supplier/technology bankability analysis.

This was the driver behind the PV ModuleTech 2017 conference, organized by Solar Power Portal’s sister platform, PV-Tech, and due to be held over two days in Kuala Lumpur, Malaysia on 7-8 November 2017.

The event will hear from top-10 global module suppliers to the industry today, outline what is important for the new module technologies coming through in mass production, and see the leading certification labs, factory auditors and independent-engineers describe how and why module supplier and technology choice is vital to minimize module risk on-site. The content and scope has been tailored specifically for developers, EPCs, investors and asset-owners.

Details on how to get involved or attend the PV ModuleTech 2017 event can be found here.