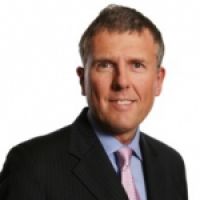 I am currently working with a large group of local authorities that plan to build and operate their own solar farms, but recent news about Forest Heath’s purchase of the solar farm in Lakenheath demonstrates that there are always other options.

Normally, local authorities survey their extensive land assets and go through a process of long listing and short listing sites for potential development. Once they have some sites worth working with, more detailed investigations into the grid connection potential and planning permission can be undertaken.

This is the way in which over twenty schemes that are currently ongoing have been developed. The turbulent policy environment and the government’s decisions over financial incentives have delayed these projects from their original timeframes. As a result, different business cases have had to be identified, using private wire or sleeving of the power or the potential for sale of power on a retail basis via some form of white label deal. For those authorities that did not have such potential, they are faced with a further delay; until solar panel prices reduce to a level that would put their business cases back on track.

But the policy environment has its advantages too. During this delay, the movement on battery storage has been amazing. This now means that projects built out in 2017/18 (which may include many of the schemes referred to) can also add battery storage and increase the options for income generation from sales of power further.

However, Forest Heath District Council has avoided all of this work by taking a different route. In football terms this would probably be described as ‘route one’. The council has effectively bought the 12.4MW solar farm at Lakenheath, by purchasing Greenheath Energy, the company that developed it. In doing so, it has become the proud owner of a fully operational solar asset, which has effectively been de risked.

Local authorities are able to borrow money inexpensively by a variety of different means and so can use their capital purchasing power to good effect in this type of transaction. The council has invested capital in an asset that will generate income for it over many years, paying back its costs and then providing a considerable sum, tax free, which can be invested in local services.

Of course, the income to be derived from such a project can always be increased over time. The Demand Side Response and grid services that the authorities developing their sites from scratch are looking at, retrofitting battery storage and more sophisticated ways of supplying electricity for higher rates, will also be available to this project. The projected profits may therefore be conservative at this stage.

In some ways, it is surprising more authorities have not gone down this route. I have worked with a number of authorities that could not find a suitable site within their ownership and have considered purchasing land for this purpose, but with only two other councils that were actually proposing to buy a fully developed project (and neither of those proceeded).

This is a very welcome development and demonstrates that the options available to local authorities seeking to enter into the solar PV market are both varied and very much still alive.