As the sun shone and the mercury rose, so too did UK solar’s generation. To record levels, it was confirmed shortly after 1pm last Friday (26 May) afternoon.

Solar generation assets up and down the country, benefitting from a so-called ‘Spanish Plume’ that eroded cloud clover, peaked at 8.91GW between the half-hour period that ran from midday. Figures compiled by the University of Sheffield’s Sheffield Solar lab in collaboration with National Grid confirmed the record-breaking event shortly after.

National Grid places the peak generation output at slightly less – 8.7GW – but still enough to break the former record of 8.48GW set roughly two weeks prior. It was enough to contribute just shy of a quarter (24.3%) of the country’s electricity demand and enough to beat nuclear’s contribution.

But far be it from the kind of grid meltdown some would have you believe was possible as soon as an intermittent generator took such a share, Duncan Burt, who National Grid described as being responsible for control room operations, stressed that the operator has all the tools necessary to balance supply and demand.

“We now have significant volumes of renewable energy on the system and as this trend continues, our ability to forecast these patterns is becoming more and more important. We have an expert team of forecasters who monitor a range of data, to forecast just how much electricity will be needed over a set period.

“It really is the beginning of a new era, which we are prepared for and excited to play our part,” Burt said.

But how did UK solar get to the stage where it is capable of producing such energy?

It’s undeniable that subsidy support has helped what just a few years ago was a cottage industry flourish into a generation sector of significant importance. Speaking at last week’s FT Energy Transition Strategies conference Lord Adair Turner, head of the Energy Transitions Commissions and former head of the Committee on Climate Change, admitted that he was “embarrassed” by the projections he had made during his time at the CCC, adding that there were “dramatic changes” occurring to the energy market.

Good Energy chief Juliet Davenport also pulled up National Grid forecasts, archaic as they now look, which estimated in 2012 that there would be circa 2.5GW of solar PV in the UK by 2020. That it’s already around the 13GW mark is testament to the industry’s ability to both innovate and roll with the punches.

Such a record has been a long time coming. Charts supplied to Solar Power Portal by the University of Sheffield document the progress solar has made in peak half-hourly generation since 2014, showing the sizeable leaps the technology has made year-on-year. 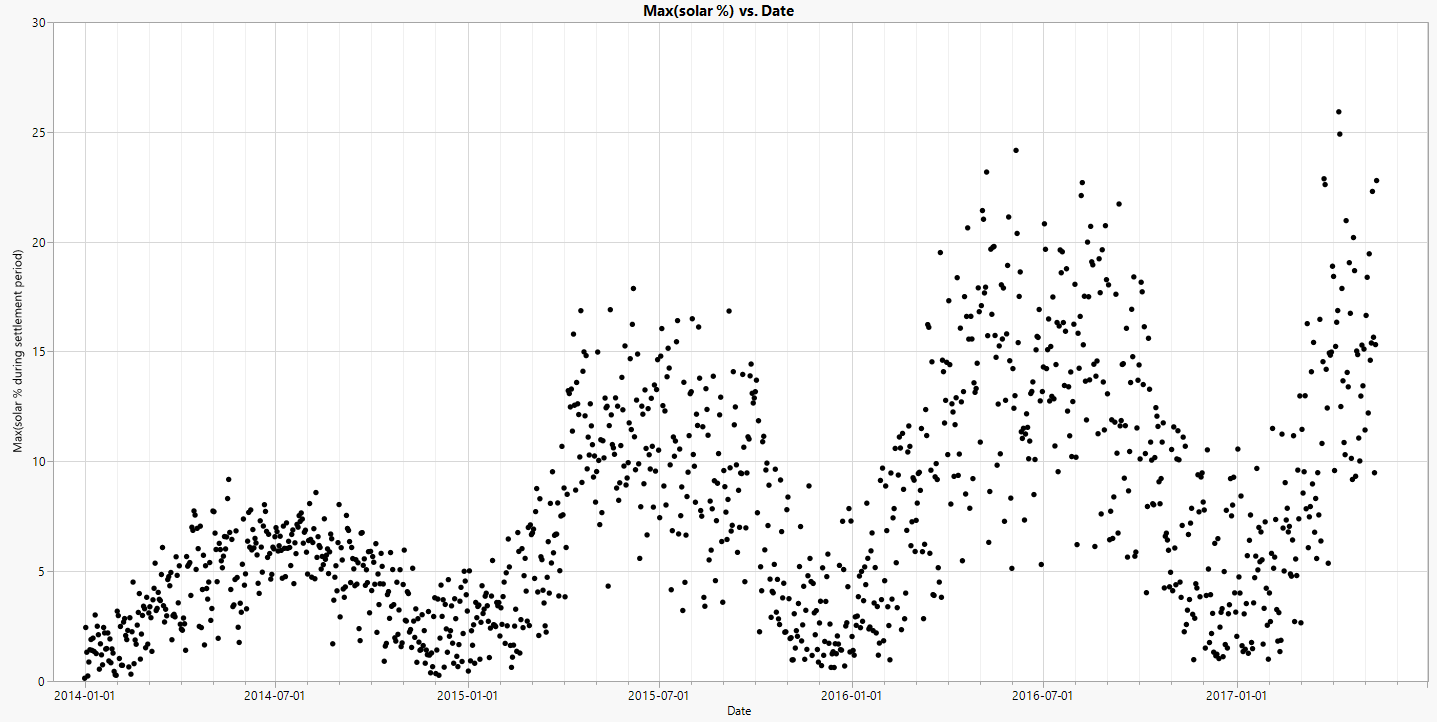 The second chart shows solar’s growing contribution to the UK’s daily energy demand, which in essence is a truer sense of the technology’s value to the country. The more solar can contribute over a 24-hour period, the better. UK solar’s current record daily contribution stands at 9.2% achieved on 5 June 2016 which, crucially, was a midsummer Sunday with favourable solar conditions of it being bright with minimal cloud cover but not too hot or humid – around 23 degrees Celsius – so as to affect cell efficiency. 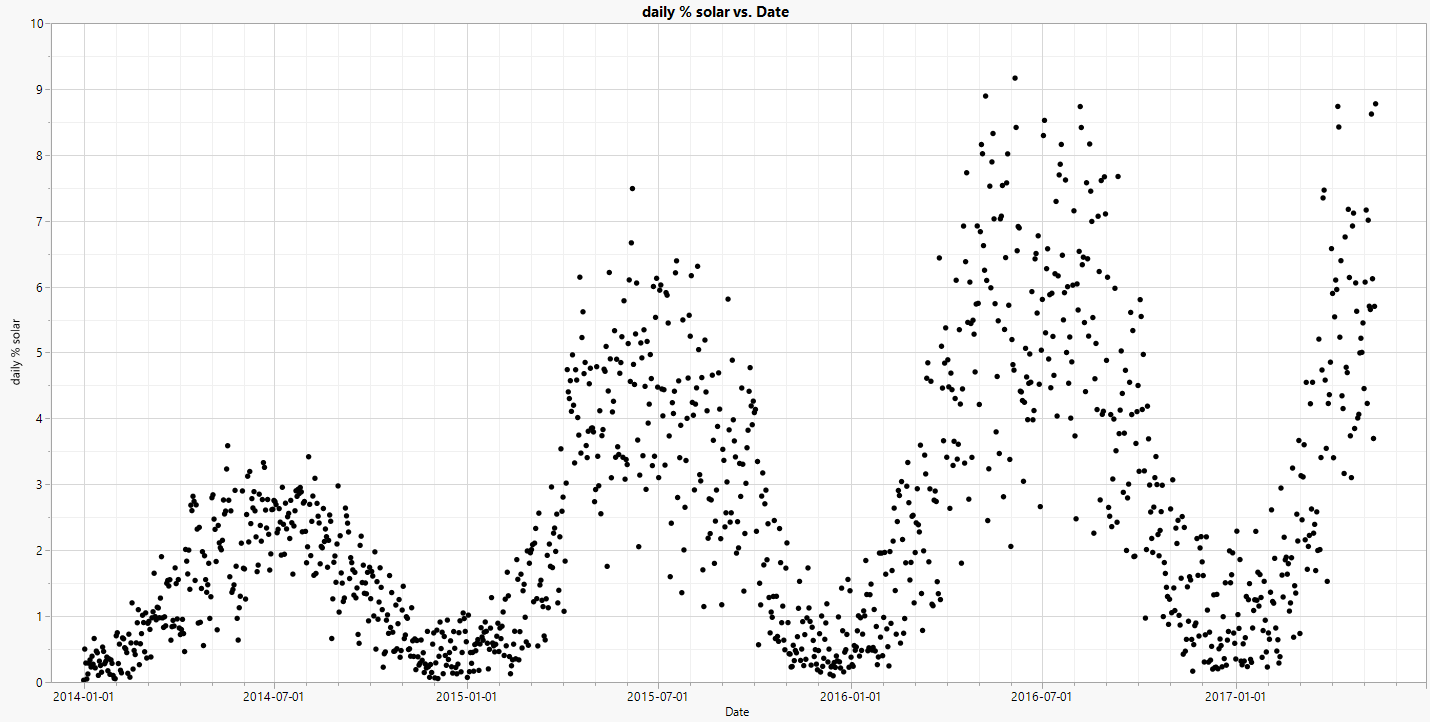 Could that record be the next to fall? Since last June solar deployment in the UK across the residential and commercial sectors has been lacklustre but there has been one last flurry of deployment under the Renewables Obligation’s grace period. Precise figures are unclear, and Solar Media’s research estimate will be made public in the coming weeks, but it would not be beyond reason to expect as much as a further gigawatt of solar to have been installed since early June 2016.

If that’s the case, then the industry could certainly see its daily generation percentage edge closer to 10% and beyond under goldilocks conditions this summer. Any such figure would be a real shot in the arm for UK solar and not just a signal of its potential in the country, but of the wider energy transition that is occurring in the energy market.

Paul Barwell, chief executive at the Solar Trade Association, said that last week’s record was a “colossal achievement” to have been reached within just five years. It’s anyone’s guess as to the heights solar could reach in the near future.