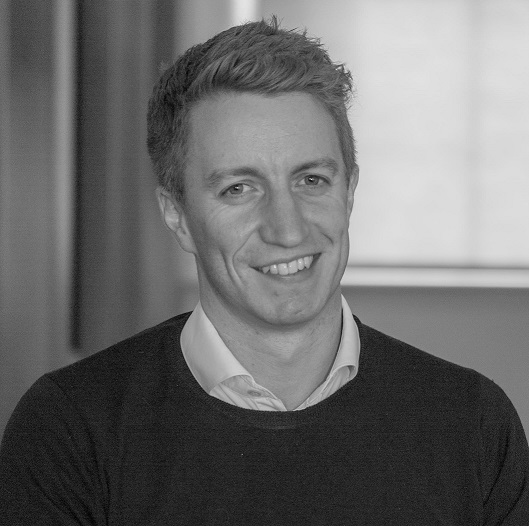 When the news broke in January that the Green Deal Finance Company (GDFC), set up by government to facilitate the delivery of its flagship energy efficiency scheme, had been privatised, the usual cries of derision failed to appear.

The reason for this, unlike with the Green Investment Bank which drew action from industry, parliament and even the most fickle sections of the general public, is that you’d be hard pressed to find many people who saw the government’s management of the Green Deal to be a success.

Also, most of the public had never heard of it, a symptom in itself of how poor the government’s efforts to get the domestic scheme off the ground.

However, one individual who would disagree with that view of the Green Deal is Kilian Pender, founder and chief executive of Greenstone Finance and one of the new owners of the GDFC.

“The truth is the business originated £50 million of loans in a two and a half year period. For a start-up business from a standing start that is not a bad result,” he said when speaking to SPP last week.

“When we started to engage in diligence and understand what was going on, we thought the business was going the right way when the government withdrew its funding.”

After months of negotiation to take over the Green Deal, Pender and his colleagues at Aurium Capital Markets have had time to “get under the hood of the business” as he calls it to get a sense of the volumes of interest levelled at the scheme. And those volumes were high, supposedly receiving loan applications at the rate of £2-2.5 million a week when the business lost its funding.

Pender went on: “Effectively what we saw was the business was doing that volume in spite of a number of areas where we think it could improve. So what might you do if you could fix those things?”

Having worked in investment banking and private equity before moving into renewables in 2014, Pender and his associates have now set out to answer that question.

Considering the wealth of expectation around the Green Deal when it was first launched, and the watchful eyes of those that suffered from its failure, there is a sense of pressure building around the new scheme.

New branding is being developed by worldwide advertising agency M&C Saatchi and a name has been picked out, although Pender sadly won't share it. However, the real changes need to come from the offer’s design (although moving away from the words ‘green’ and ‘deal’ surely won’t hurt) and it is this area that work is already underway.

As well as preparing a direct marketing strategy to address the lack of knowledge among consumers, Pender is taking a common sense approach which from the previous structure of the scheme was lacking during the original development of the Green Deal.

“The business website before was receiving 200-300,000 hits a month so quite a lot of volume but it could not direct you to a Green Deal provider in your area so a lot of those leads were not fully being converted.

“So effectively we're going to have a much friendlier consumer website. We'll explain what the product is, how it works and the hope is that customers will be able to put in their details and then we'll direct them to the provider in their area, so it will be much easier for customers to understand.

“One of the challenges of the business today because the industry is so fragmented, it's difficult for customers to know where to go. There are some fantastic installers out there but it’s hard for customers to identify them which we want them to do.”

While providing a key resource for consumers in knowing who to go to, this is also being used to gain the interest (and trust) of installers who it’s fair to say are tired of incentive schemes or government-backed programmes that fail to live up to the hype.

"I think there's some healthy scepticism and one of the challenges, which is probably one of the failings of the industry - not the installers - is the boom and bust. The latest government grants come through, there are real opportunities to invest and then they go away and it’s difficult for the supply chain to manage that in a consistent manner,” said Pender.

However, in a sign of one of the reasons why privatisation of the GDFC was widely welcomed by industry, he added: “We are not in any way reliant on any government funding and there's no reliance in any way on subsidies or on funding.

“We're a fully standalone private business and that's a pretty strong message to send to installers. We don't plan on being here for [a few years] we want to be here [long-term]. We want a business your kids and their kids and beyond can be associated with.”

“The ambition over time is that we want it to be an aspirational thing for installers or GD providers to become part of our brand because we're so focused on quality. Customers will know they are getting a fantastic experience for a vetted installer and are going to be charged the right price and get a great product.”

However, where Pender outlined how the scheme will be different, how he and his colleagues have learned from the mistakes of the past to improve the scheme, there are still areas of doubt.

A key concern over the course of the original Green Deal, and one that was been widely pointed to since by commentators and analysts, was the interest rates on Green Deal finance, averaging at just over 8% for the current loan book.

Despite this being widely reported as a key failure, the new offer will keep the rates at this level, even raising them to around 9-10% APR when it is first launched. While this could send alarm bells ringing across industry Pender explained that as a business offering from a private firm, this may not be beyond what people will pay.

“We actually think that the interest rates the business was charging were pretty competitive. If you wanted to go out today and get an unsecured consumer loan, the kind of rate [a bank] will charge you is 12-16%.

“So around 9-10% to customers and actually relative to what people can get, we think that's a pretty attractive rate,” he said.

Whether Pender is right or not remains to be seen when new loans get up and running shortly, but installers across the industry will have their fingers crossed that his approach is the right one.