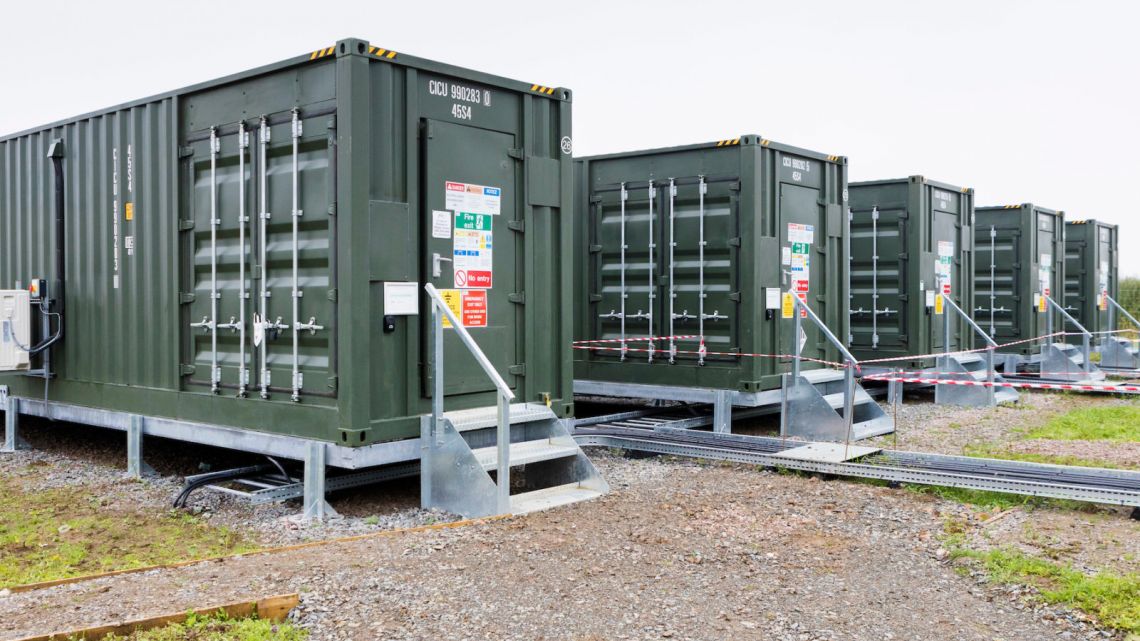 The pipeline of energy storage projects now established in the Republic of Ireland has reached 2.1GW, with an additional 330MW of projects located in Northern Ireland, according to the first release of the Solar Media’s new Republic of Ireland Storage Project Database Report.

The total pipeline is made up of a diverse range of projects, including co-location with renewables, stand-alone and behind-the-meter.

Over the past couple of years, Solar Media’s market research team has been tracking the growth of storage in Ireland. During this period, we have seen growing interest as the quantity of renewables connected to the grid increases.

This article looks at how the pipeline has developed over time and the characteristics of the projects now being planned in Ireland.

All data presented is taken from the new Republic of Ireland Storage Project Database Report. Details on how to access the report can be found through the link here.

Tracking activity in the Republic of Ireland has been ongoing at Solar Media for a number of years, across both solar and storage activity. This typically involves tracking planning applications through regional planning portals, alongside solar applications. 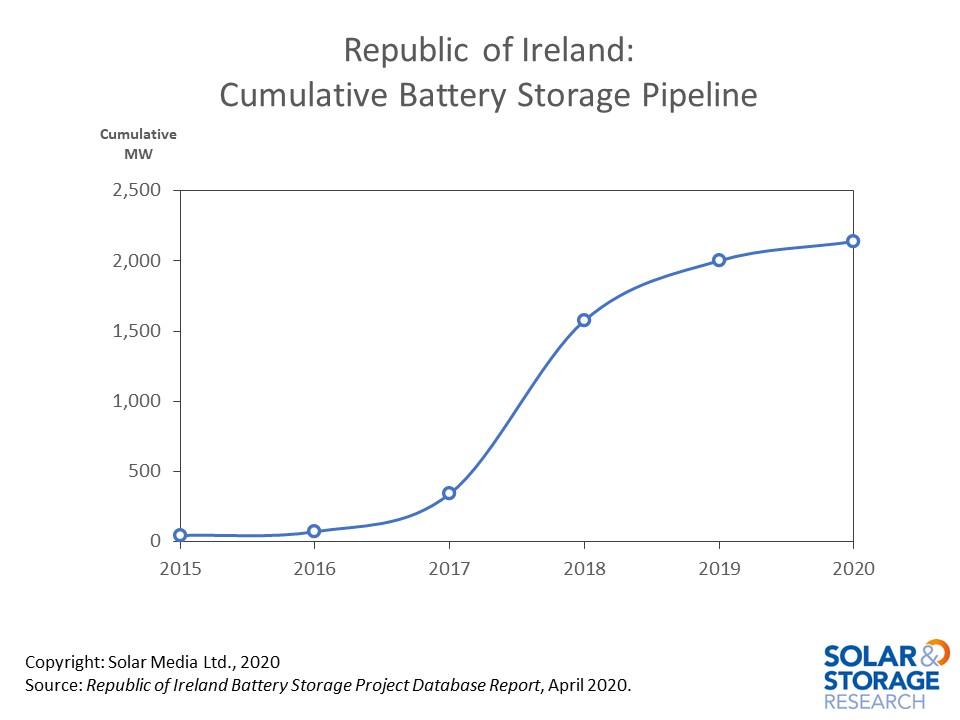 The main driver for battery storage in Ireland is the DS3 (Delivering a Secure Sustainable Electricity System) scheme, which was brought in to enable Ireland to meet its 2020 renewable energy targets and to manage the increased amount of renewable generation connected to the grid.

The DS3 scheme allows the system operator to procure ancillary services, including frequency response and reserve services; the sub-second response needed means that batteries are well placed to provide these services.

The first fixed contract auction identified three battery sites totaling 110MW to receive six-year contracts to provide services to Eirgrid. These projects are due to begin providing services in 2021 and construction is expected to begin in 2020.

In addition to DS3 opportunities, storage batteries will start to play a more significant role in the Irish Capacity Market Auctions, and we have already seen projects participating in these auctions.

The figure below shows the size of projects being planned in the Republic of Ireland: nearly 50% of projects are larger than 20MW. Projects participating in the DS3 must be below 50MW, there were three successful projects in the first DS3 auction, two are 30MW and one is 50MW. 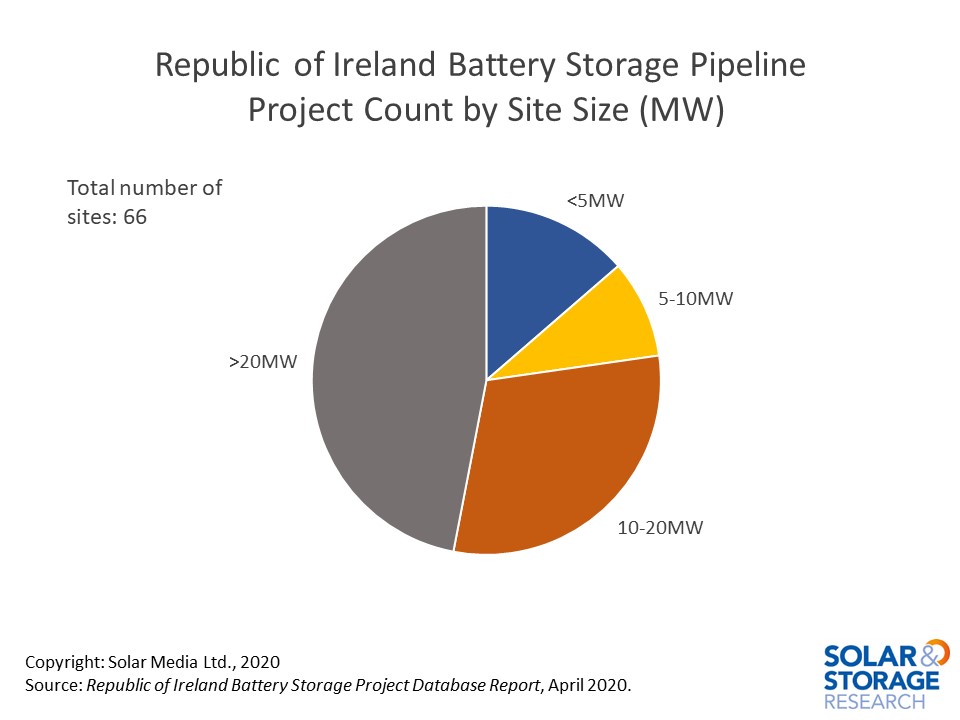 We are also seeing co-location with existing generation, including Statkraft completing a hybrid wind and storage project in Kerry with an 11MW battery.

As we saw when tracking the solar market in the Republic of Ireland, grid connections can be a challenge. Allowances were made in the Enduring Connections Policy (ECP) to allow battery storage projects that were eligible for the DS3 to be processed first.

There are currently 18 battery storage projects with a capacity of nearly 600MW with both planning permission approved and a grid-connection contract. Developers of these projects are waiting to see what comes next from the DS3 scheme, in addition to weighing up other opportunities arising from the capacity market or merchant trading.

Over the next 12 months, the first DS3 projects are likely to be built. Also, new plans will likely emerge for the next stage of build out.

The new Republic of Ireland Battery Storage Project report is available now from the Solar Media Market Research team. This report is updated/released every month, containing all the latest projects inclusions and existing site progress. Details on how to subscribe to this report can be obtained by following the details at the link here.

The release of the Republic of Ireland Batter Storage Project report now completes Solar Media’s complete coverage of monthly market research reports detailing all pipeline activity for solar and storage across the UK and the Republic of Ireland. This collection of reports now offers the definitive source of key stakeholders in pipeline project activity to fully populate internal prospect lists for their UK and Ireland solar/storage strategies over the next few years.