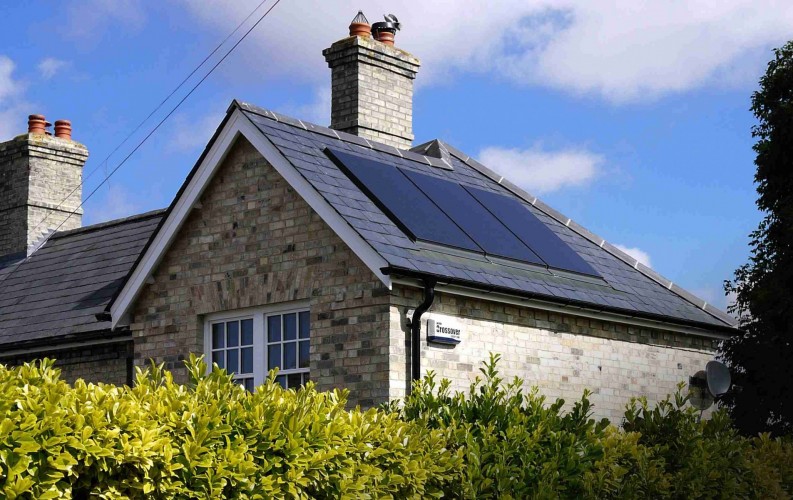 The UK needs to push on at speed if we’re to meet our ambitious zero carbon targets – with both the houses we live in now and the ones we will build for the future proving key to achieving those goals.

The UK’s homes are the country’s second highest emitters of carbon. This is down to the way we build and heat them. So, while existing homes can be better insulated or made more efficient with solar panels, batteries and other sustainable energy measures, new-build developments are where the easiest victories can be won, and won at scale.

The role of the housing market

Developers have a decision to make. Should they join us in this renewable revolution and include solar and other smart, renewable energy technologies in their new-builds as standard? Or can they afford to risk finding their developments less desirable to buyers than those of their competitors?

According to Government studies, 70% of the UK population support solar energy, and we believe this attitude will sway future home-purchasing decisions and impact house prices.

Solar has one obvious benefit. It reduces running costs and lowers energy bills. Therefore, any upfront initial costs would certainly be offset alongside reduced carbon emissions for years to come.

A study by Eco2Solar found that 15% of prospective buyers of new build properties rated solar panels as being the single most appealing feature, and their presence, or lack of, would sway a purchase decision. Other measures, such as electric vehicle charge points and smart plug sockets, are also rated highly, but solar panels provide direct, monetary benefits by generating free electricity and substantially lowering energy bills. As such, the desire for solar in particular is understandable.

The impact of the Covid-19 pandemic

The housing market has continued to boom in 2020, despite the presence of the pandemic, and the past year has given us all a chance to pause, take stock, and revisit what is important to us. Against that backdrop, 72% of people in a social media poll in 2020 said that lockdown had inspired them to live their lives more sustainably - something all developers should sit up and pay attention to.

The 2030 Sustainable Development Goals, set out by the UN in 2015, include ‘access to sustainable energy for all’ and the UK government’s pledge to reach net zero by 2050 takes this to the next level. Its ten-point plan for a sustainable future includes an ambition for greener buildings by having future homes built to be zero-carbon ready, and will have 75-80% lower carbon dioxide emissions than those built to current standards.

We have urged the Prime Minister to double down on the ten-point plan, with closer focus on the energy used in our homes, workplaces and on our streets.

This will unlock tens of billions of pounds of green sector investment and, in turn, deliver new jobs, improved and future-proofed homes and workplaces with products manufactured in the UK, reducing emissions, cutting energy bills, improving air quality and improving quality of life, which will contribute towards relieving pressure on the NHS.

Around 19 million of the UK’s 29 million homes are rated D or worse for their energy use, and research by tadoo highlighted how poor our homes are in comparison to European neighbours. Unfortunately, it’s still possible to build a new home in Britain today that relies on oil for heating, while a minority of homes still rely on coal. Furthermore, some homes still have inadequate insulation, which means energy bills can be more than twice as expensive as they need to be.

The Government knows this and is helping to change the picture. The Future Homes Standard will see the average home produce at least 75% lower carbon emissions than one built to current standards and all parts of the industry will have to be ready to build to higher specifications – with all the necessary supply chains, installers and products in place.

Of course, adding low carbon (probably electric) heating, alongside the rise of electric vehicles, will mean that up to five times as much electricity is required. In order to offset the costs of this switch – and avoid grid upgrade costs – there needs to be a greater role for local generation. The only viable option is therefore Solar PV.

Decisive action taken today by housing developers will bring about the change we need to achieve over the next decade and beyond, and ensure the UK captures its green industrial revolution and reaps the rewards for generations to come.