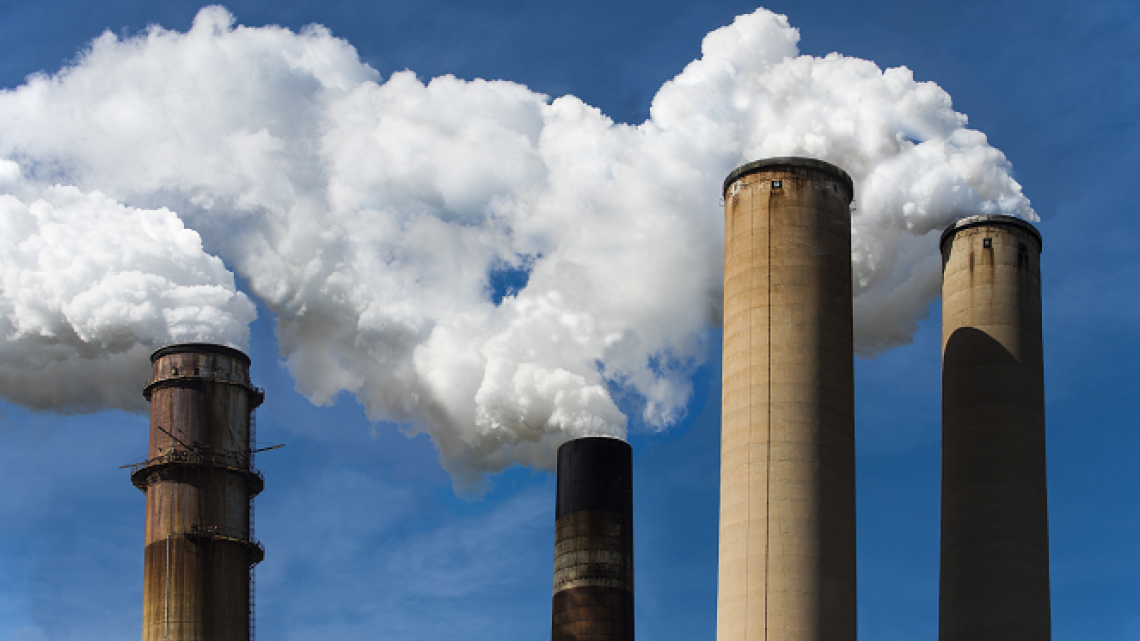 Earlier this week climate news was abuzz with reports that today would see a major announcement from the Oil and Gas Climate Initiative, essentially committing them to the development of renewables. Timed to coincide with the Paris Agreement coming into force, the leaked reports were supposed to renew confidence that such companies were taking the climate challenge seriously.

Only what was actually announced this morning does not amount to much at all.

A commitment to renewable technologies was originally said to be central to the announcement, but was nowhere to be seen. Instead the OGCI will invest its fund – all US$1 billion of it, spread out over a decade – into a mix of reduced methane, accelerated Carbon Capture and Storage (CCS), improved energy efficiency and a collaboration with engine manufacturers to make transport less emissions-intensive.

It comes across not so much an attempt to satisfy the Paris Agreement, as it does one to whitewash it.

Before the event, the Energy and Climate Intelligence Unit (ECIU) released various facts and figures as it attempted to pre-empt what the OGCI had up its sleeve. It noted that the collective annual budget of six of its ten members amounted to circa US$83 billion. The actual commitment from the OGCI – a comparatively paltry $100 million each year, or $10 million each – equates to just 0.1% of that total budget.

As others have pointed out, the $10 million each company is submitting is not even as much as what some of the OGCI members are paying their chief executive each year.

It’s almost reminiscent of that scene in Austin Powers in which, having awoken thirty years after being cryogenically frozen, Dr. Evil initially requests a ransom of $10 million, seemingly oblivious to the effects of inflation. Cue hysterical laughter from the amassed world leaders. Only in this instance, the laughter is not hysterical but increasingly nervous.

Just yesterday the United Nations Environment Programme noted that 50 companies were responsible for around one-third of global emissions, with OGCI members surely amongst the principal offenders. To invest just $10 million every year would suggest that the group is either out of its mind, or just as out of touch as the above antagonist was after thirty years of cryogenesis.

The ECIU has responded in kind, deriding the commitment as a mere “drop in the ocean”.

“The business models of these companies are fundamentally incompatible with the commitment governments gave at the Paris climate summit to keep global warming well below 2°C. And this announcement shows that oil and gas companies are contemplating no real deviation from their traditional business models,” the body’s energy analyst Dr Jonathan Marshall has said.

Of course, a large number of big emitters – including some members of the OGCI – are indeed conducting their own renewables investment programmes outside of the group’s announcement, but to tease a hefty commitment in such a self-promotional manner, and to then cough up less than 0.1% of the group’s entire annual budget, just feels like a missed opportunity.

Renewables – particularly solar and onshore wind – are rapidly outpacing the oil and gas industry and the direction of travel, albeit long-term, is one way traffic. You can’t help but look at announcements like today’s, designed specifically to tie in with the Paris Agreement’s enforcement, as a sad indictment of the apathy to clean power in certain boardrooms.

The wider energy market will of course continue to proceed, doggedly, towards a drastically decarbonised future. It can’t do anything but. Failure from the likes of Shell, Aramco and BP to do the same will only leave them further behind the curve.

It’s just a question of how reparable the damage they can do is in the process.