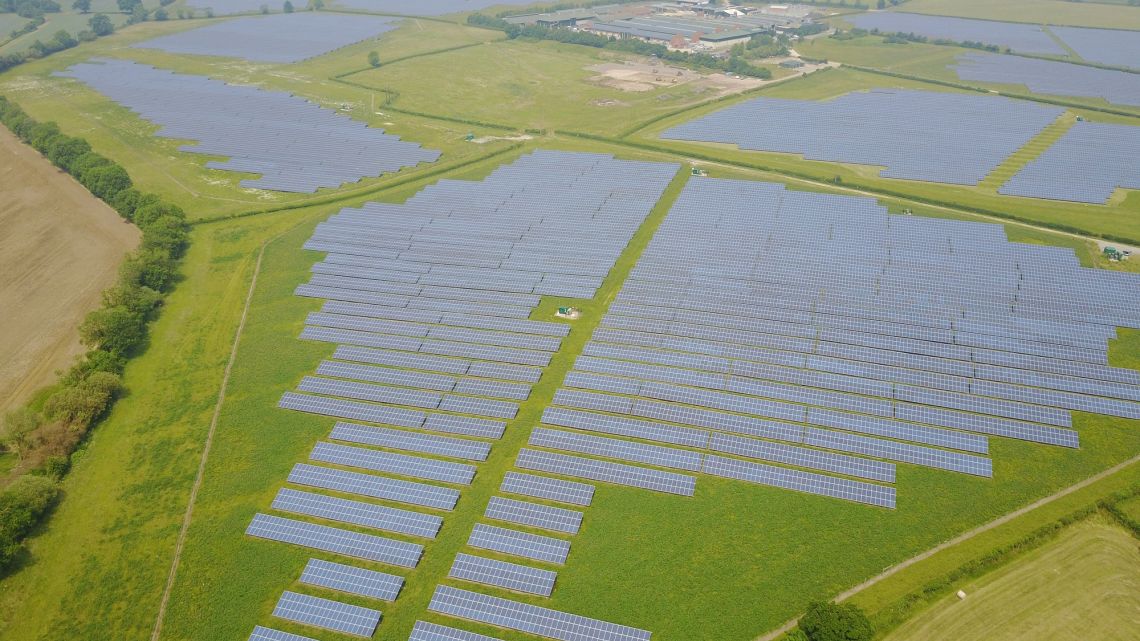 It’s been a big year for solar company Anesco, as it's been gearing up for a new wave of large-scale projects in the UK. The company kicked off 2021 with an agreement for the development of 200MW of solar assets with Gresham House.

Since then, it has secured planning permission for a 50MW site, submitted an application for a 20MW site and entered the Northern Irish O&M market for the first time. The company now has 2.5GW of solar and storage within its pipeline, with 1.5GW of that made up of solar projects.

Solar Power Portal caught up with Anesco’s CEO Mark Futyan to discuss the company’s pipeline of projects, how module prices are impacting development and its strategic shift.

Could you tell me about the acquisition of Anesco and what it will mean for your operations going forwards?

In June 2021, Anesco was acquired by new investors, Aksiom Group and Ara Partners, who are ideal partners for us due to their strong focus on the services business model and commitment to supporting the net zero energy transition.

Both Aksiom and Ara are looking to make a difference in the energy transition. They recently invested together in PX Group, who provide engineering services to energy assets owners, and also have a trading arm who our optimisation team already partner with. As sister companies, we will be well placed to help one another.

Anesco will keep its strategy, identity and brand, and there will be no big changes to how we are run. We look forward to working with them to accelerate our growth - both in our core business areas but also with an eye on entering new markets. So watch this space!

How significant was your agreement to develop 200MW of solar with Gresham?

The 200MW agreement was a pivotal moment for Anesco because it was the first one of its kind for us. It saw us coming together with Gresham to develop subsidy-free solar projects at scale and the rest of the market has since caught up over time.

We already had a long standing relationship with the team at Gresham, who are one of our key O&M customers. We also built the Bumpers project near Milton Keynes with them last year at a time when there were very few subsidy-free developments. They were the first ones to say, 'we can take on that merchant risk and let's do projects'.

Our relationship with them continues to be a really important one and has seen us carving out something new together. Moving forward, we expect to develop additional partnerships similar to the one with Gresham House.

You’ve transitioned from an asset owner to a services company, could you tell me a little about why you’ve made that shift?

Until last year, we were providing services to third parties and also looking after our own assets, and we weren't 100% clear which of the two we were – asset owner or services provider. We had to go one way or the other because I don't think you can offer a brilliant service for your customers whilst also looking after your own assets - particularly in relation to trading, because of the resulting conflict of interest.

Another factor was how much of an impact we could have on the net zero transition. We're not a huge company. We have a balance sheet of around £100 million and if we took all our financial resources and put them into growing an asset portfolio, we could maybe build 50-100MW of capacity.

Whereas, if we put all our resources into working with investors to develop new projects, and then provide industry-leading services to support their performance and returns, we can bring forward hundreds of megawatts of assets, and have a much bigger impact on the energy transition.

So instead of putting our pounds directly into asset investments, we're drawing down from the vast pool of investment capital, keen to invest in the sector. It really was a case of realising we could do so much more with the services model than we could do with the asset model.

How much of an impact are rising module prices having on the UK solar sector?

I think there has been a lot in the press about prices going up because it's been so long since that happened! But if you look at the curve, the trajectory was going down, down, down, down, and then flipped up to where it was 12 months ago. So effectively, in the last six months, we lost the ground that we gained in the previous six months and are around the same place as we were in April/May 2020. This is mainly due to raw materials, such as polysilicon and steel.

I think it's just a blip, as is the nature of supply chains. They tend to correct themselves over time. Therefore, I think it's just going to be a bump in the road and will again carry on with the downward trajectory.

It's difficult to predict what the future of the market is but we're certainly seeing strong investor appetite currently and at a much greater level than we did this time last year.

How much solar do you think will come through the Contracts for Difference (CfD) auction later this year?

I think merchant solar is going to dominate in the UK, and I don't think that much will be supported by CfDs. If I talk to our investors, the majority of them say, 'well, I'm comfortable with the economics, so I'm going to buy projects and sign up for construction contracts on the basis of merchant risk'.

They look at CfDs and corporate power purchase agreements (PPAs) as options to de-risk. But they've always got the attitude of ‘only if it's a small discount’. If the CfD price ends up being half the level of the wholesale curve, no solar investor is going to take it.

However, I expect wind CfD take up may be higher due to the higher capital costs and predominance of debt financing, which requires secure revenue streams.

So my guess is that solar probably won't be that big in CfDs. But I don't think it needs to be.