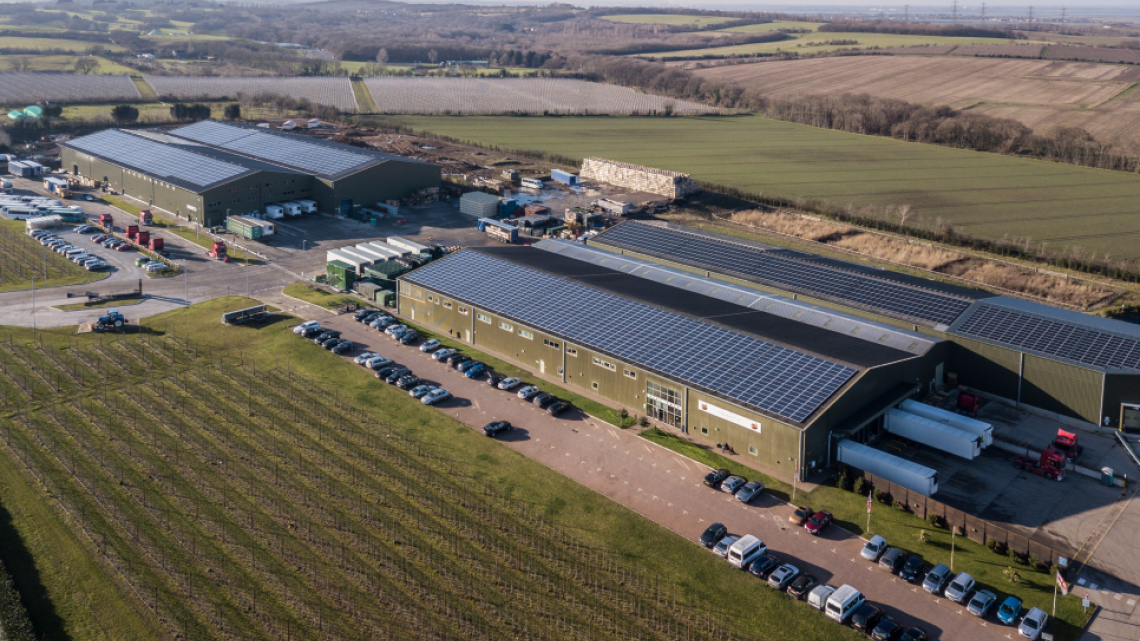 Alongside installation, BeBa also offers asset management including operations and maintenance and optimisation of systems as well as panel cleaning - having invested in a robotic cleaning system - and repairs in cases where inverters have run into a fault and the client doesn't have the support of the original installer.

Solar Power Portal caught up with Shaun Beattie, director at BeBa Energy, to delve into the company's early beginnings as a joint venture, using Google Earth to source new leads and the "buoyant" commercial solar market.

What were the early days like for BeBa Energy when first created around ten years ago?

A unique point to our business is that we were a joint venture in 2010 between British businessmen and BeBa Energy GmbH. So rather than learning everything from scratch, we were able to bring over the knowledge base that we had from our German partners and not create the same challenges that a lot of businesses did when everyone was running around installing panels on every square meter of roof that they could find.

In a practical sense, what that's meant is that we boarded the solarcoaster at the same time as everybody else, but it was almost a tortoise and the hare type arrangement. We didn't hit the dizzy heights of £15-£20 million turnover during the feed-in tariff days because we were fitting a lot less solar than everybody else, but we were putting in place maintenance contracts, we were optimising the outputs of the system and we were considering long-term maintenance of the system.

What is your focus as a business currently?

We have four key areas of the business that we focus on. One is new installations like the Goatham's project. The other key parts of our business are asset management - so operations and maintenance, optimising systems, making sure they're performing as they should be. Cleaning is a relatively new but important part of the business; we invested in a robotic cleaning system and so we're out cleaning panels fairly frequently. It's become a very big part of the business. Then lastly is repairs, so inverters that are going wrong and the client sadly doesn't have the support of their original installer.

How do you source your leads when looking for new installation projects?

Rather than wait for the phone to ring - although that is one of our routes to market because we have a very nice website which we're in the process of optimising - we actually take the fight out. We spend a lot of time on Google Earth looking at industrial estates, looking at farms, to try and find sites for PV that on the surface look appropriate, and then make a very soft approach to the occupier, who is hopefully the owner of the building or at least a long-term tenant, and inquiring whether they've ever considered putting their roof to work.

The other avenue is mutual contacts or strategic partners, so people that work with a business that owns its building that might be looking at ways of reducing their electricity consumption from the grid or becoming greener. They might say that they know of BeBa and maybe you should have a conversation with them. So strategic partners, word of mouth are also huge for us.

What is the market for commercial solar currently like right now?

I would almost go so far as to say that in terms of opportunities it's almost as busy as the days of the feed-in tariff.

Projects are taking longer to develop now because there's no longer that rush to meet a feed in tariff deadline, which was always the elephant in the room when you were taking a client through the opportunities. So in terms of orders being closed and the volume of orders being agreed, I think it's much lower, but the projects are bigger, and I definitely think that in terms of inquiries, we're almost at the heady heights of the feed-in tariffs days.

Why would you say there’s so much interest?

I think there's much better awareness now around both solar specifically but also carbon reduction more generally. Solar is also a mature technology now, and there's lower perceived risk. If you imagine the Return on Investment 10 years ago was 15 or 16% for example, a large chunk of that return was underpinned by government subsidies. The commercial market isn’t that used to government subsidies. Whereas now we're able to go back with maybe a slightly lower return of 12% or 13%, but all of that is via savings on their electricity bill. It's seen as a more stable return.

Then the final one - and probably a really big one - is energy costs. In the conversations I have with my clients, energy costs are seen as the third string to the only things certain in life are death and taxes - and energy bills. It was just seen as a by-product of doing business. Now there is a plethora of options open to businesses in how to manage energy use, such as LED lights, solar on the roof and wind turbines. Solar isn't the answer all of the time, but it is probably the most easily accessible technology.

I think all of that combined means that it's a buoyant market.