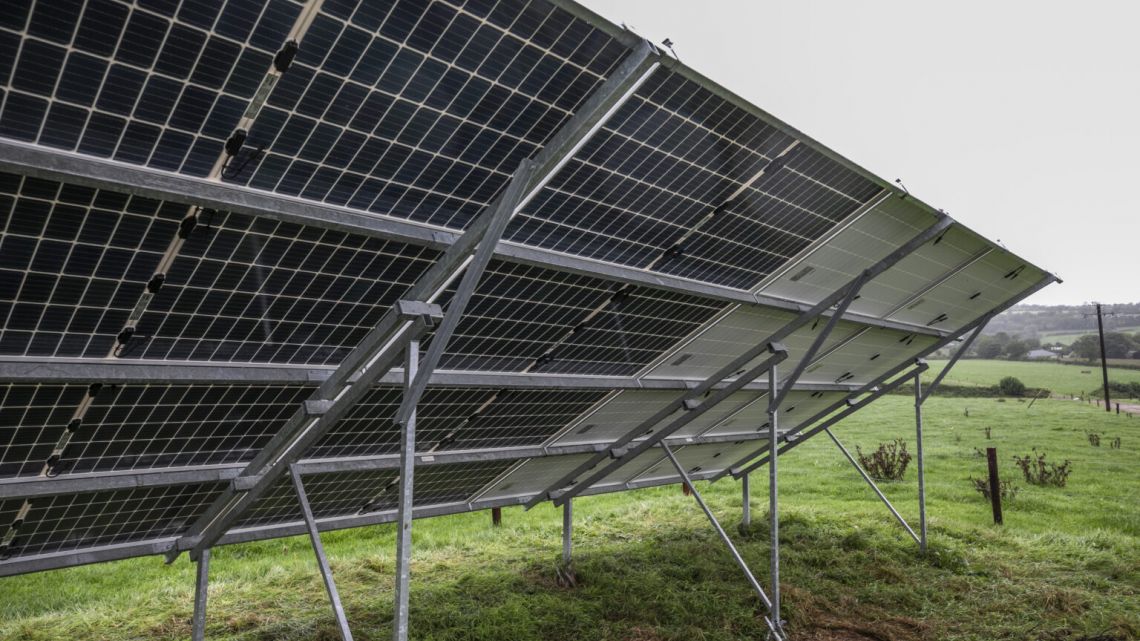 Having laid claim to Ireland's first bifacal installation in early September, Elgin Energy has spent the following two months announcing a 38MW project in Kettering, a joint venture with Foresight for 200MW of UK solar and the issuing of planning permission for a 49.9MW farm in Nottinghamshire.

Solar Power Portal caught up with Ronan Kilduff, managing director of Elgin Energy, to talk about why Ireland was chosen to develop bifacial, the importance of open data when trialing newer technologies and technologies and the potential for "further business" with Foresight.

Why did Elgin Energy make the decision to start developing using bifacial panels?

Bifacial is the same price as monofacial, and there's genuine upside for the fixed tilt installations that we're used to doing in the UK.

We wanted to deploy our first test center in Ireland, and we're just getting planning permission for one in Scotland and one in England as well to start monitoring data and building up long-term datasets, which I think is very important.

What's key is that the industry needs to hold the hands of both the technical advisors and of the banks to get them comfortable with the value of this new technology. When a new technology arrives, it's not that they don't believe it, but you need these datasets to underpin any increased value expectations in terms of revenue or production profiles. We're trying to pursue that.

With ambitions for bifacial test centres in Scotland and England as well as Ireland, why was Ireland chosen as the first?

We already had a test center set up and we had relationships established so it was very easy to go back in and retrofit. We put in a new technology and took the old technology, which was a monofacial install. The farmer that we work with there is a very innovative dairy farmer that loves new technology and wants to be at the forefront of what farming is going to be from an Irish context, and so he was very happy for us to go back in and retrofit the small installation.

What data are you looking to generate from these installs?

We will be able to demonstrate that bifacial adds a huge amount of generation and that bifacial gain is credible. We'll have a 12 month and soon a 24 month dataset that demonstrates that there could be anywhere between, you know, five to 12% increase in kilowatt hours per installed kilowatt peak or per megawatt. And I think that is just huge. It's a game changer in terms of how you bid into auctions, how you market merchant, how you think about storage and it changes the view of how you approach all of it.

Our intention is to be open source with all our data. We believe we should share with the industry because it's for the benefit of the whole industry to deliver a more competitive product both in auction and for the end customer. The cheaper we can deliver solar in our home markets, the cheaper the transition is going to be. We'll share information with the Irish Solar Energy Association, and once we've got a decent run of data we'll share with Scotland and the STA because we think it's the right thing to do.

Elgin Energy also signed a deal with Foresight recently. How did that come about?

It came about from two high value teams coming together with a view and an understanding that we can do good business together. We think the Foresight team is very professional and they have a view of the world where solar is going to be the lowest cost technology in every local market. We're of the same opinion so we've come together to do a ring fenced portfolio of high quality developments. We may also look to other jurisdictions do some business with them if this relationship goes well.

We'll have the first projects going into the planning system within the next three months, and the following three will probably be in by the end of Q1, into early Q2 next year.

Elgin Energy has also announced a number of projects its developing solo recently. Are there any market factors that have led to you making this push now?

We're a massive believer in UK solar, and we're a massive believer that the government is going to see that there's a value add to supporting solar with tenured Contracts for Difference contracts, which will be cost competitive with wholesale power pricing, or if not, under current wholesale power pricing. We've got a very competitive technology and the key is to scale so Elgin Energy is continuing to originate and develop projects.

Every day of the week, we're trying to grow our pipeline in all of our core markets. We'll be making a couple more announcements in the next short while where we'll be announcing other joint ventures. The journey continues.