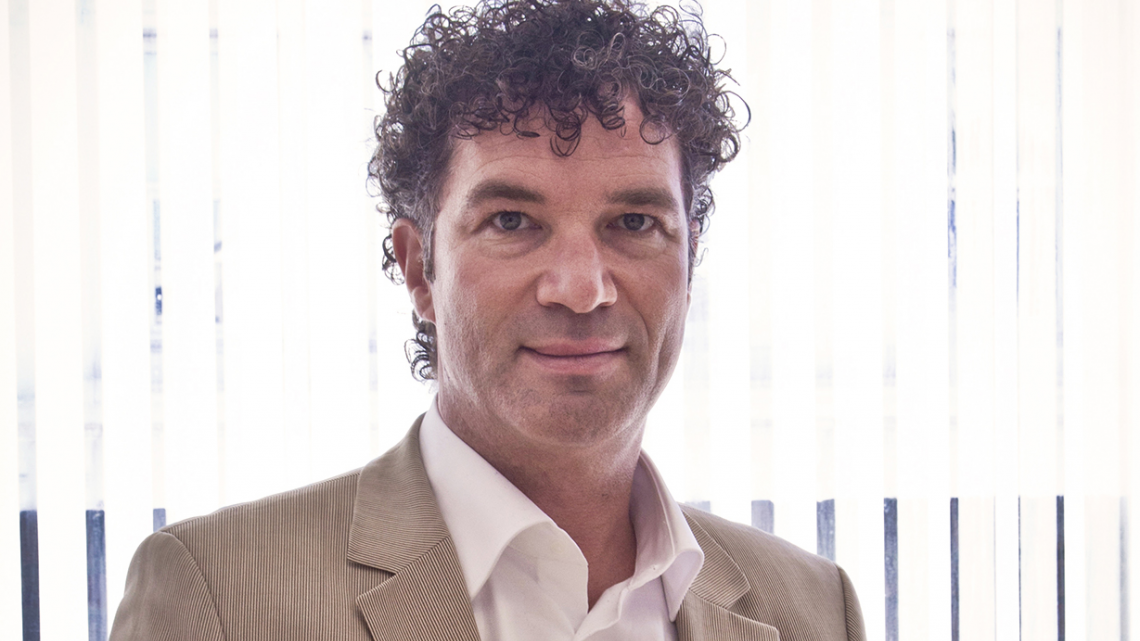 Earlier this month Solarcentury chief Frans van den Heuvel became the fifth recipient of the Solar Power Portal Awards’ outstanding achievement accolade. We caught up with Frans to discuss his five years at the helm of one of the UK solar industry’s stalwarts and what the future might hold for the firm.

How does it feel Frans to become the fifth recipient of the Solar Power Portal outstanding achievement award?

I feel honoured. That this comes from people within the industry, it's meaningful to me. They know what it is. Outside, people often don't understand what you're doing, what keeps you so busy and why you're crazy to spend all of that time doing what you do.

Previous winners have said the same, that for this award to come from your peers means more.

Absolutely, that's how I see it. We're all colleagues in a way, fighting for the right thing, to move forward. It is exciting. It's like we're jointly writing a thriller and every time is a new chapter and it's very exciting to see that happening. At some points you think 'how long is this going to go on?', and it'll take decades. It never ends. I'm now 54, so what is ten years down the road? How long will I keep going? It's interesting.

What do you put your success down to?

I think this industry is so extremely volatile, and we've seen the UK market being one of the most important ones in the world, and now it's tipped. There's been a loss. It will continue, but this volatility you need to read. You need to not put all of your eggs in one basket. If you really want a strategy of hit and run and making money in four or five years, then you should've gone 100% UK and forget about the rest.

But that's not what we did, this company is nearly 20 years old and I took on the responsibilities five years ago in May 2012. I listened to my team and what they had to say, and what the shareholders had to say. I said that we had to opt for a long-term strategy and that means diversification. It means investing in other countries and trying to do it step by step, so as not to stretch ourselves too far and putting the whole enterprise at risk.

I think that is important, and then it's all about building a good team, a team that is capable and one that is willing to work together. It's not an individual achievement, it's a joint one and if you from, let's say the chief executive role, if you show that style then I think that will follow. You need to lead by example. If you have bad habits then the company will take over. And that goes for my whole team of course because if you're acting globally then you need to change the way you manage the organisation.

Over the last nine months I've transitioned the company into four key business units. My management team is nearly new, so you have to also take major measures if the environment changes and adapt your strategy as to where your market is. 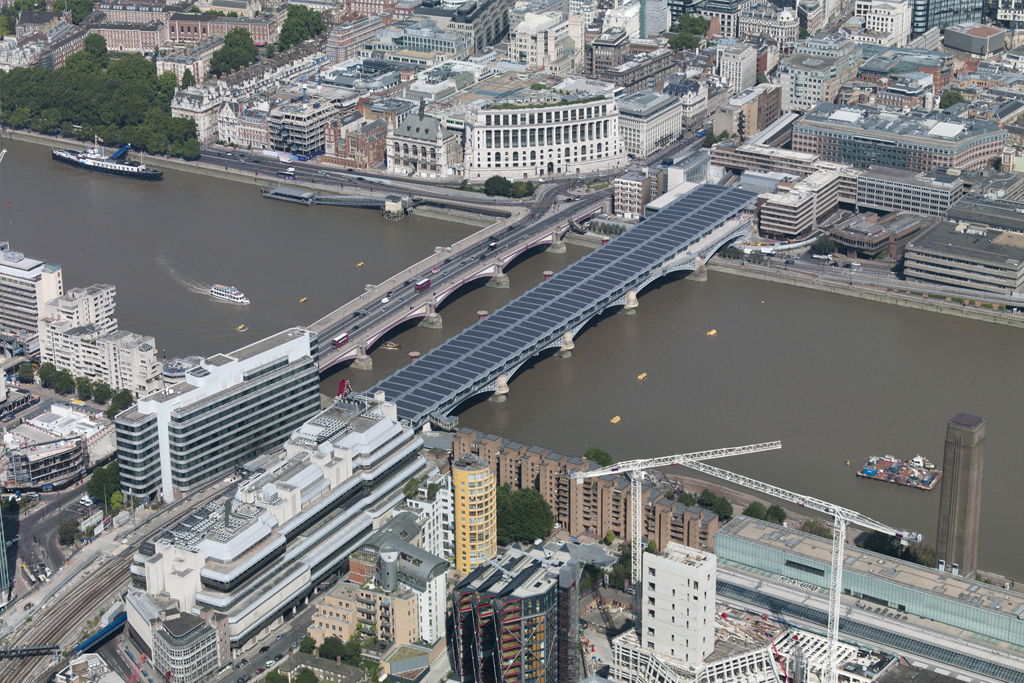 That's definitely true of the UK market, it's been pretty volatile since the subsidy cuts. How much has that affected Solarcentury's business?

Well, about five years ago we started to develop positions in LatAm and in Europe, in other countries. I took a Dutch company with me that is now part of the company. Five and a half years ago the Dutch market was small, now it's one of the most exciting markets in Europe despite the fact it's a small country. It's long-term investment, and it's building positions. When I joined we retracted from the French market and the Italian market because it wasn't worth it at the time, but now we're back in France.

You need to build a structure that enables you to be flexible and put the decision making at the right level. If you intend to do everything yourself you cannot grow a business, so you need proper processes in place and the right information must be there. You also need very good governance to check and balance what people do in the team.

In having the diversification strategy in the background, did you foresee what was looming for the UK market?

Yes, that's something that I was realising. Being in this market for seven years, building a presence in the Netherlands first then moving into Germany, building factories at the peak and then the Chinese came. I've seen the big growth of the Spanish market in 2003 and then it completely collapsed in 2008. Power markets are all determined by policy, and you have the incumbency which is extremely powerful not just in terms of resources but also the lobbying and the influence they have. It is a true fight of winning technologies and competitors. Different technologies are up against each other and that itself is a very exciting thing.

Other industry professionals have suggested that after a fairly difficult 18 months for UK solar there's far more to be excited about in the coming months. Is that something you're seeing at Solarcentury as well?

Yes, and that's the good news. Solar, even in a country like the UK, will be competitive pretty soon in ground-mount projects and if you include storage, it works already for corporates under private wires. We're doing now some of our first projects here. And in residential, at some point it will work as well. The import duties on Chinese products will gradually be reduced, which is significant. Of course Brexit and the exchange rate impact is not favourable for the UK market overall if you need to import components, that's worked against us. For the company ourselves, if we constantly date all of our international business it works in favour of us so that's helpful.

We have converted the company a lot in the last nine months. We are progressing with our renewed strategy which is the added finance capability to it as well. We are now a fully integrated platform and there's more news to be expected pretty soon on that front.

Can you embellish on that new strategy at all?

Not at this moment, I cannot say anything as yet but there will be announcements soon. What I can say is that we are working on implementing an advanced strategy, it is a fully integrated platform that means we can deliver the lowest cost of electricity (LCOE) in the countries where we are present.

Internally at Solarcentury, how crucial is your surrounding team to your success and is there any one in particular that stands out for you?

There's many, but if there's one outstanding candidate it's my CFO. Neil Perry. We are a perfect team. I'm quite entrepreneurial, which you need in this industry, and he's a safe pair of hands in making sure that we don't stretch ourselves. He's been here since nearly the start of the company and he's a great asset to Solarcentury.

You received the award in front of more than 400 of your peers, could you give any advice to them?

I think you must be a bit crazy - there are far easier industries in which to build your career! You must really be passionate about it [solar] and keep clinging on to it. Keep believing in the success of renewables and solar in particular. Stay proactive in everything you do, but be balanced. Try to have a fall back. And if you're an individual, it is the hanging onto it and the passion. You need that because sometimes it really can be pretty tough, if you can hang onto it, then that's it.

Things will stabilise. The industry will normalise. You see now the incumbents and the utilities are really entering [solar] through takeovers, and that will normalise the market. We need to see the industry now for what we produce. We compete with other generators in an unsubsidised market and we get used to it, and get our act together to make sure we approach it in the right way. We can do great things. We will win, and we will be successful.