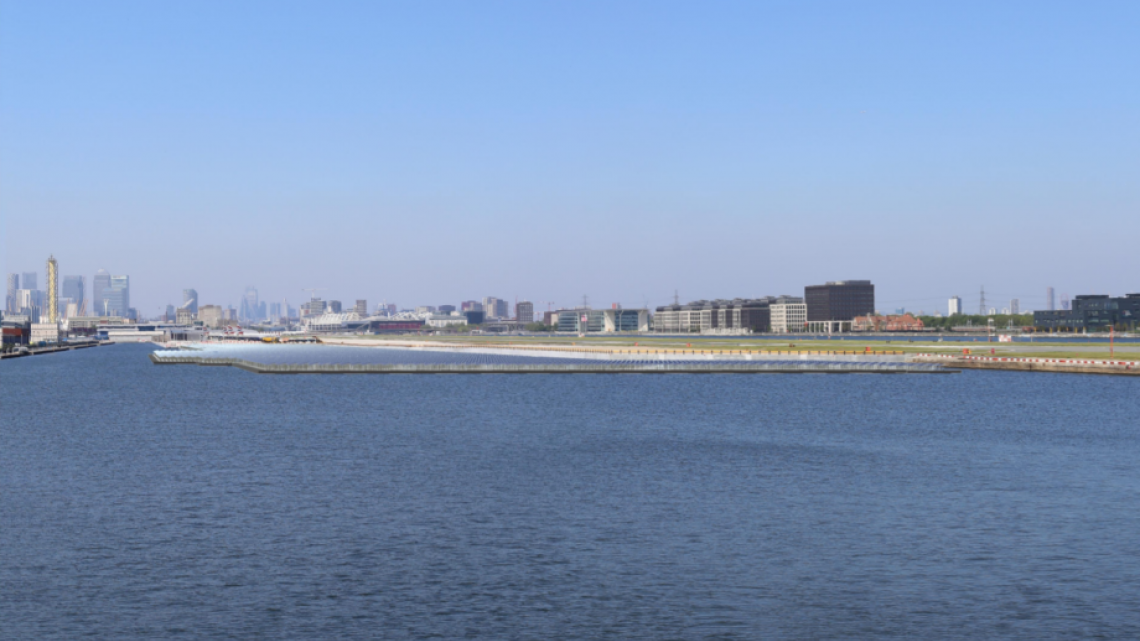 A floating solar project to be located in London’s Royal Docks is currently under development by Renewable Connections, having won £40,000 from the Mayor's Resilience Fund.

The asset is set to provide renewable energy directly to London City Airport, with COO Alison Fitzgerlad stating it has the potential to be a "significant staging post in the airport's journey towards net zero emissions".

The installation has a current proposed capacity of 5.5MW - although this could still change - with the ability to supply up to 40% of the airport’s annual electricity needs.

Following on from the announcement of the funding, Solar Power Portal caught up with John Leith, development director at Renewable Connections, to talk about the development process of floating solar, the next steps for the project and how securing the Mayor's Resilience Fund has helped limit risk.

Could you tell me a little about Renewable Connections and your goals for large scale solar development?

Renewable Connections Developments Limited (Renewable Connections) develops utility scale renewable energy projects in the UK. iIt is a wholly owned subsidiary of Armstrong Capital Management Limited (Armstrong). Armstrong have worked in the UK renewable space for two decades and own some operational solar assets themselves, and they're investing in other sustainable technologies across the world.

At Renewable Connections our core business is utility scale solar and battery storage development in the UK and we have a number of development and investment partners. European Energy A/S, based in Denmark, are a strategic partner for us and working with them we have built an exceptional pipeline in the UK. We expect to have over 250MW in the planning system by the end of the year. European Energy have a global portfolio of renewable generation and they are pioneers in innovation; they have been an excellent partner and a natural fit for this floating solar project at the heart of London.

What has the development process been like for this floating solar installation?

We have been considering the opportunity presented by urban water bodies for some time so when the Mayor's Fund was announced we got involved. We quickly identified London City Airport as a potential power offtaker and after we started to engage with them it became clear how important tackling climate change was to them, in fact we were surprised, and pleased, to see it front and center across their development plans. We spent the last few months talking to them and finding out what their needs are now, and in the future. They have some very substantial decarbonisation plans, both for aircraft and for their ground power. So we agreed with them very early on that if we could design a safe project i.e. if it could operate safely underneath flight paths and alongside their air traffic control operations, they'd be very interested.

The water itself is managed by the Royal Docks Management Authority (RoDMA) and they have been pivotal. RoDMA have some tremendous plans for the Royal Docks and a real focus on making the water a center of excellence for sustainable development in London. But, this does mean it is a busy, active, area with various competing interests. They helped us identify bits of water we could or could not use, they are doing some really exciting work with electric boat operators, the Mayor’s office and various other developments so every inch of the water they manage is strategic in some way. We helped identify a suitable location through a variety of desktop work, bathymetric assessments and marker buoys, all of which helped us identify restricted areas and how to work around them.

We're pretty confident that the space we have will accommodate enough installed capacity to provide up to 40% of London City Airport's total annual electricity demand. There is still a lot of work to do and some specific challenges to overcome but we’re really pleased with the progress to date. 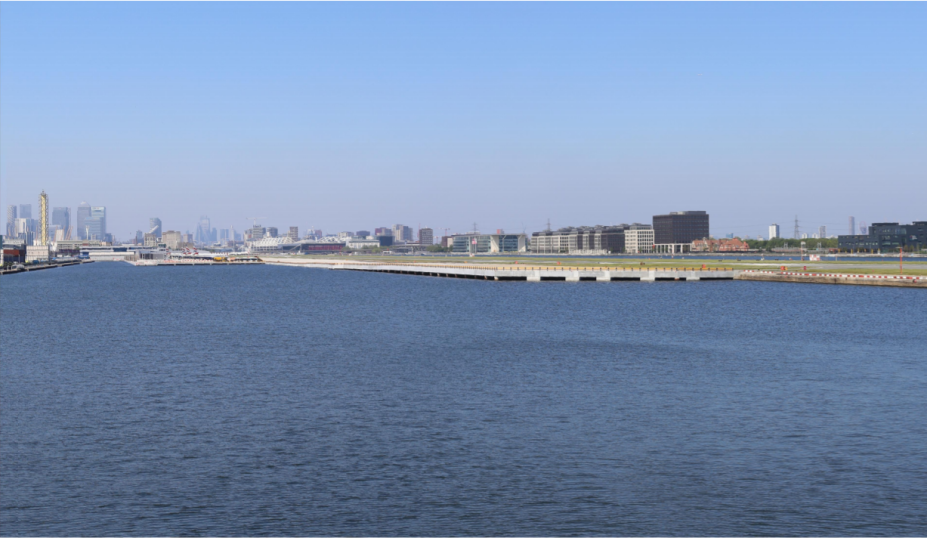 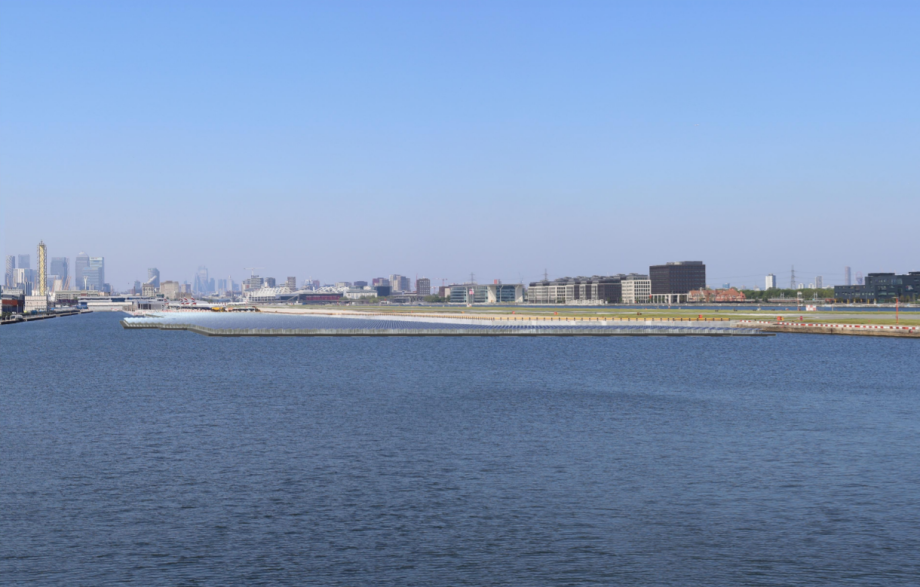 The view of London's Royal Docks following the installation of the solar. Image: Renewable Connections.

If you hadn’t been successful in the Mayor’s Resilience Fund, would the project still be going ahead?

We asked this question of the Royal Docks Team when we started because we felt like the opportunity was so clear that it should go ahead, irrespective of the outcome of this fund. However, the Fund has enabled us to limit the risk and our exposure at this early development stage.

The Royal Docks Team are currently drafting their Water Strategy for the Royal Docks, and I think this award recognises their intent and direction of travel for the water. Sustainable development is clearly a central pillar to their plans.

What are the next steps for the project?

We have until the end of October to complete some of our technical studies as part of the Mayor's Resilience Fund, after that the consenting and delivery program will be somewhere around 18 months.

We are hugely grateful to everyone involved in this project so far and we look forward to delivering something really quite special. It has been genuinely exciting to work with stakeholders so focused on sustainable development, and a real example of collaboration and innovation.

Hopefully this will make a real statement of intent from London to the rest of the world!