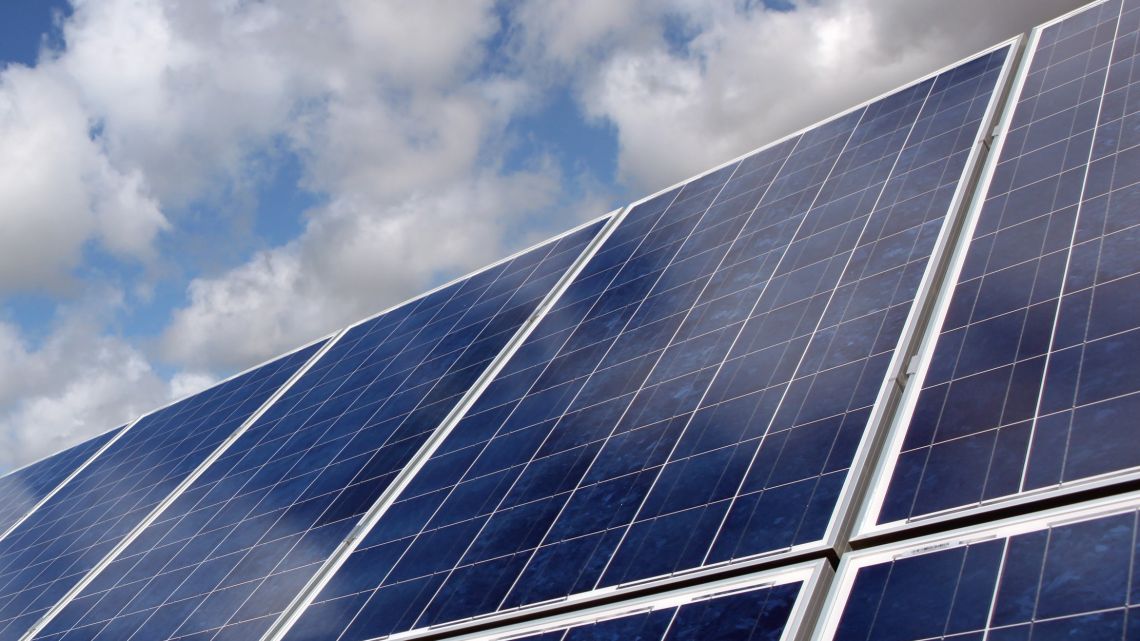 The pipeline of large-scale solar farms in the UK saw a massive uptick in April 2020, with a record level of new capacity added.

The total pipeline – spanning solar farms at the scoping/screening stage, through to having planning conditions discharged pre-build – now exceeds 8GW, as developers take another huge step to getting the UK market back to the GW-level of new builds from 2021 onwards.

This article discusses the latest findings of our two monthly market research reports, providing full audit trails of both completed and pipeline sites. To learn how to assess either of these reports, please follow the link here.

During the past six months in particular, the UK sector has seen new developer entities emerging, identifying typically a handful of greenfield sites at the 49.9MW level. While the names of these companies may be new, the people are not. There are many new companies showing up in the pipeline analysis today, but the companies are just new placeholders for some of the most successful pre-development vehicles that saw the UK install over 8GW during FiT/RoC years.

Everything would appear to be about 49.9MW sites today, especially in England, where exceeding this requires the approval of the National Grid.

Looking at the massive pipeline increase from the new sites in the report during April 2020 (19 new sites adding to 738MW), there were 13 new sites at 49.9MW. 11 of these are at pre-application stages (screening/scoping and public consultation), with two full applications submitted at the 49.9MW level.

Our database reports are the only means of capturing pre-application sites. For companies looking to get sales pipelines of active sites to own pre-application-approval, this is where the action is now.

More than 4.5GW of the 8GW pipeline of solar farms today is at pre-application stage. And much of this 4.5GW is made up of site clusters; typically 3-4 sites from early-stage developers at the 49.9MW level. These developers are looking specifically for financial backing, often to take the site through planning. In the past, this was the realm in the UK for suppliers/EPCs to enter the value-chain, such as BayWa r.e., Canadian Solar and many others. 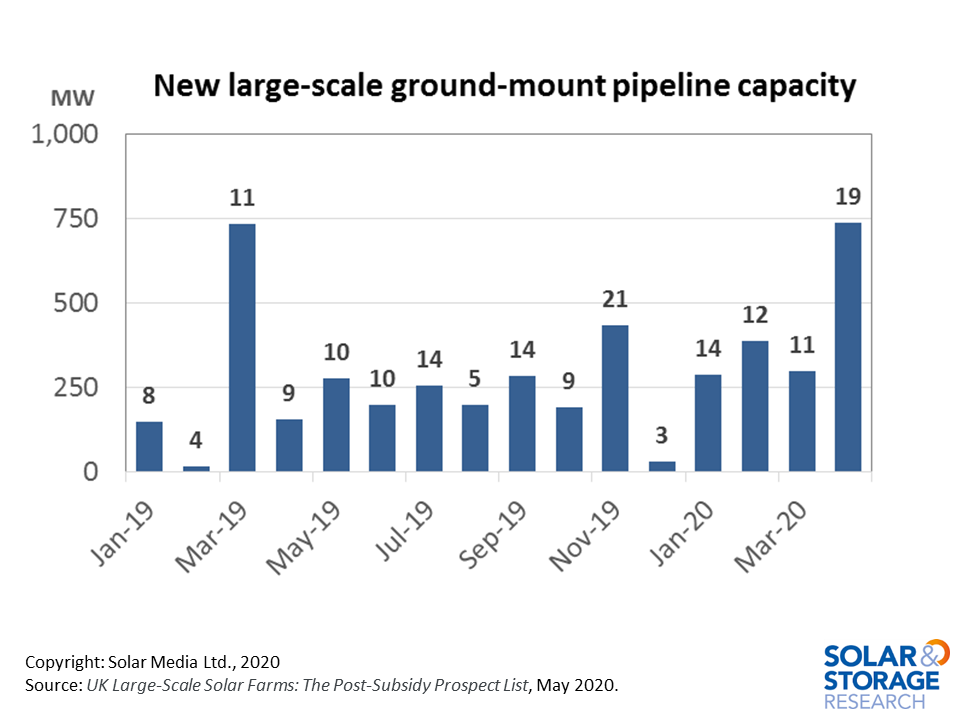 Interestingly, the pipeline is now quickly approaching the current completed asset number for large-scale solar farms in the UK. At the end of April 2020, 1,268 ground-mounted solar farms (>250kWp-dc) had been installed adding up to 8.57GW.

By the end of June, it is almost certain that the pipeline will exceed the cumulative install base; something that has not happened in the UK since the market kick-started in 2011 under FiTs.

However, new build activity is still not changing much for large-scale solar farms. In the UK today, all action is on commercial rooftops (in particular >100kWp-dc). This is an area of the market we have been tracking in detail for the past 2-3 years in particular, and it is fair to say that deployment of commercial rooftops has flourished since incentives were removed. Over the next month, we will be talking much more about the commercial rooftop market in the UK, and how this has changed and grown in the past two years, almost totally unreported and absent of corporate marketing collateral.

For now however, all eyes are on the massive uptick in 49.9MW site identification, and how this is setting up the 2022-2025 period in particular in the UK. Otherwise, on a side note, feedback on Hive’s monster site in Kent (Cleve Hill) is expecting to have some initial government feedback in the coming weeks that may shed light on whether mega-scale UK solar is a reality or merely an investor pipedream.