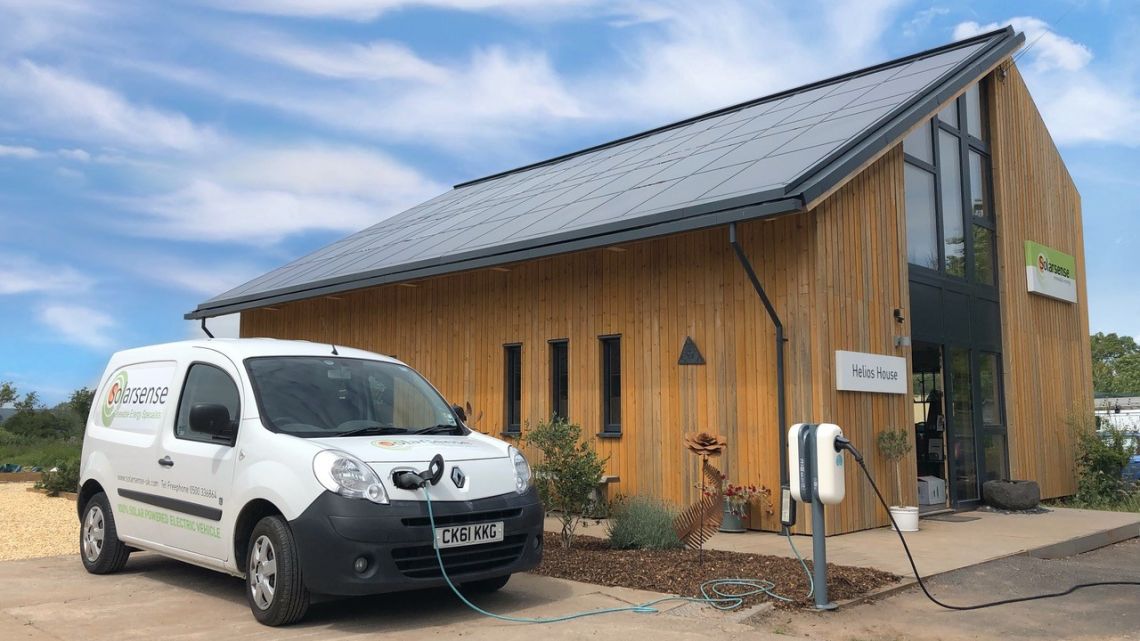 Founder Stephen Barrett set up solar installer Solarsense in 1995, when solar PV was still in its infancy in the UK. Now, 25 years on the company has installed more than 14,000 residential, commercial and industrial renewable energy installations.

The sector in the UK and around the world has grown exponentially over that time, with the cumulative solar PV capacity installed in the UK now above 14GWp-dc, helped greatly by dramatic price drops.

Ahead of the company’s 25th anniversary, Solar Power Portal caught up with Barrett to discuss how the sector has developed over the last quarter century, and what’s next.

Could you tell me a little about where Solarsense came from?

I was inspired to set up Solarsense during my training to be a heating engineer. I remember doing a project to produce solar power and was simply amazed at the energy produced. You need to remember this was back in the early 1990s, when solar in the UK was still little more than a fringe technology, at best. Anyway, that course experience stayed with me and it drove me to set up my own renewable company.

I would say we were very much part of the second generation of solar companies, the original solar thermal systems having been installed in the UK in the 1970s and 80s by companies that just could not survive once oil prices dropped after the first oil crisis.

What were the biggest challenges when Solarsense was first launched?

The biggest challenges were facing the ‘it’s too cloudy in Britain argument’ and that there was no pay back. At one stage we worked out that PV had a 100-year payback, now of course it is down to 5-6 years on average. So, our early customers were very much green pioneers from surprisingly varied backgrounds, including professional people who had the foresight and the funds to support solar power in its infancy, and to see what was needed in the future.

How has the sector changed since then?

The sector has gone far more mainstream and “corporate". The technology is extremely popular and is simply accepted right across society now, particularly in the self-build world where it would now be unusual not to add solar panels.

This is all helped by solar panels being one tenth of the price just 10 years ago, with twice the power and much neater solutions, including building integrated technologies.

What are the biggest challenges facing the solar sector now?

The challenge now is to capitalise on the huge political and wider NGO push for a green recovery with action on climate change at its heart. A great deal of progress is being made to “build back better,” but I’m still constantly surprised at just how many people in the business world still will only do investments with a 2 year payback. That has to change.

Do you think the COVID-19 pandemic will have a lasting impact on any aspect of the solar sector?

Funnily enough, I think the long-term impact will be beneficial. Yes, the first lockdown and the COVID-19 crisis had a short-term impact on our business in 2020, but one year on, COVID-19 has clearly made more people think about insecurities in the world and what they can do to address some of those environmental challenges. Our business has increased this year.

Has there been anything that has particularly surprised you about the growth of solar?

The big surprise is that solar panel prices can keep on dropping even further, despite the massive price reductions delivered over the last ten years. We have gone from £3 a watt to now under 20p a watt, which no-one could have predicted. The scale of the price reductions in such a short space of time means that solar is now cheaper than conventional fuel costs .

How do you expect the solar market in the UK to change and grow over the next five years?

The big change expected in the solar market is going to be the more widespread rollout of hybrid solar installations including battery technologies. Solar and storage addresses the “what happens when the sun doesn’t shine” argument, by making solar power available day and night, and now also able to sell down grid at peak rate times. This is a huge step forwards for solar, and one that will probably eliminate the need for vastly more expensive new nuclear power plants.

The UK's switch to electric vehicles is also going to be a huge factor in the next five years. As electric car sales advance, we are already getting enquiries for solar PV just from people buying electric cars and wanting their own power, plus for heat pumps as well.

As we start the next 25 years, I want Solarsense to continue to grow as a major UK solar player, delivering national contracts, building on our high-profile work with organisations such as the RSPB and working with our corporate and public sector clients to fight climate change. We want to be recognised as one of the UK’s leading solar energy companies.