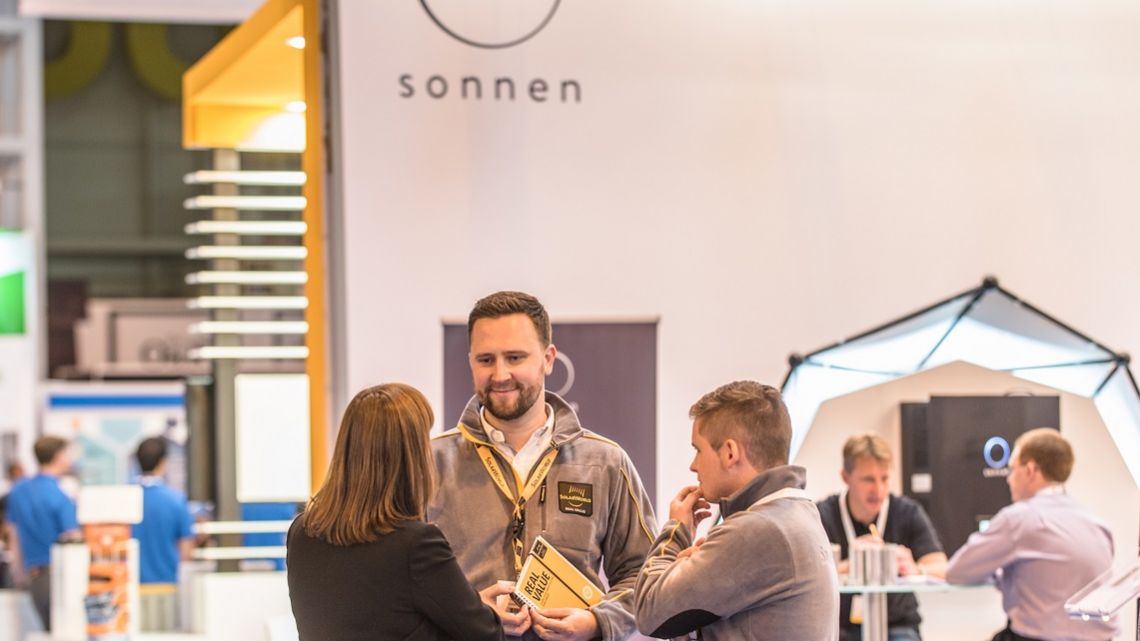 With over 30 companies exhibiting battery products or espousing the technology to the thousands of visitors in attendance, storage was always going to play a major role at last week’s SEUK | Clean Energy Live exhibition.

With high expectations for the sector on the back of a massive downturn in solar PV deployment and growing interest from government - and more obviously, National Grid - the UK storage market is set for a tipping point, which explained the massive buzz around the show for these solutions.

But the point at which UK consumers will tip towards mass adoption is still unknown – we just know now that it’s imminent.

Our sector still has a host of potential barriers and issues facing it, not least slow regulatory evolution from government. However, a key issue thought to be facing the market is the battering installer companies have taken in the last year.

Speaking to SPP at last week’s show Martin Allman, UK country director for sonnen, explained that storage is an option many installers can’t take on.

“Solar companies have really been through the mill and they've cut back so to introduce new products to what they do, there's a cost to that. A lot of installers are in a difficult place and many are almost circling the wagons and focussing on their core business of solar,” he said.

In the same way that solar prices have fallen in the last few years, storage costs are likely to reach a point where this is no longer the case. In the interim there’s been a lot of talk about possible subsidies, not least for the effect they had in growing a domestic solar market.

Unfortunately, the management of these tariffs led to devastation for hundreds of installer companies after drastic government cuts.

Quite rightly, there is a fair amount of scepticism over the role subsidies could have in developing UK storage as Steve Wade, CEO and managing director of distributor Wind and Sun, explained when he sat down with SPP at the show.

“The trouble with the FiTs was that it was a really bad model from the start so it’s led to boom and bust. It hasn't done very much to build a sustainable UK industry. A subsidy that causes the wrong type of storage to happen wouldn't be a good thing at all,” he said.

Chatting alongside him was Pol Spronck, international sales manager for Solarwatt which has just entered into a partnership with Wind and Sun for (among other things) its MyReserve domestic storage system. With experience in the European market, Spronck knows full well the impact storage subsidies can have on industry development.

"It's always a boost for these new technologies to get a subsidy introduced to the market but for the wrong reasons. With subsidies people just produce, but without [them] the market is forced to look at their cost structures to really drive down costs and focus on innovation all the time and improve things,” he explained.

Many throughout the UK storage market would prefer to continue without a subsidy, not least because of what happened in the solar market. As well as changes to VAT rules and double charging, the industry has suggested tax breaks and other measures to avoid the need for direct financial support from government.

This sentiment was summed up best by Dudley Moor-Radford, managing director at Moixa, as the company prepares to launch its new solar storage package with PV Kits Direct.

“I would love to make it work without [subsidy] because if we can do that, it means we’ve produced the best product, the best distribution and service sold in the right way by people who are committed in the long term,” he said.

No doubt many would agree however with the industry at its early stages, potential customers are thin on the ground and thought to be limited to the same type as the founding customers of solar – the early adopters.

Allman explained: “The people that are going to buy it, those early adopters, are people who are interested in new things. They have an open mind and they want to engage in new technologies and new ways of doing things.

“They're thought leaders in some cases, they're opinionated and they're great in that respect because when they install a system they want to tell people about it. Tapping into those people is what we need to do.”

“Not everyone is price driven and that’s a positive for us, people are driven by doing the right thing morally and carbon-wise so actually it’s that bit of the market that’s going to help carry us into a place where we can create economies,” Moor-Radford agreed.

While this may be the case, details of specific sales figures can be unclear, particularly with deployment data often failing to differentiate between pilot or demonstrator projects and genuine sales.

It makes it difficult therefore to judge how much price is a factor but according to Spronck, there is a sense out there that the technology is still too expensive, causing the rest of the customer base to wait for prices to fall. He claimed that this is “still the cycle that we need to go through as an industry”, with Solarwatt expecting the costs for batteries to come down by around 40% by 2020.

Moixa also expects significant price falls in the short term, predicting a 20% reduction by the end of next year. Assuming the two are broadly correct, the issue returns to the installer base and, more specifically, its knowledge which according to PV Kits director Laura Gooden is already holding the UK back.

“It’s going to be the future but not enough people understand it. We’ve got to help the installer go out and sell the product with or without PV because at the moment I think that’s what the problem is,” she said.

From listening to the many manufacturers speaking at last week’s exhibition, installers need to change their thinking from the financial model used to sell PV under the old FiT regime to one more suited to the unique benefits offered by storage.

Allman said: “Those companies that are having success in installing battery systems are buying into the idea that you have to look at something in a different way, it can't just be about spreadsheets and return on investment.

“I'm talking about optimising your self-consumption, getting energy independence, having price protection. If you try and sell it on a percentage return on investment like people used to do with PV then that's a difficult sale and you're potentially promising something that you are unable to deliver."

It’s for this reason that almost all of the companies featured here are already either doing their bit or preparing strategies to increase knowledge among consumers and installers. From PV Kits’ sales training initiatives, sonnen’s efforts in simplifying the process for the retrofit market, and Solarwatt’s plans for long term case studies, the UK storage market is mobilising for success.