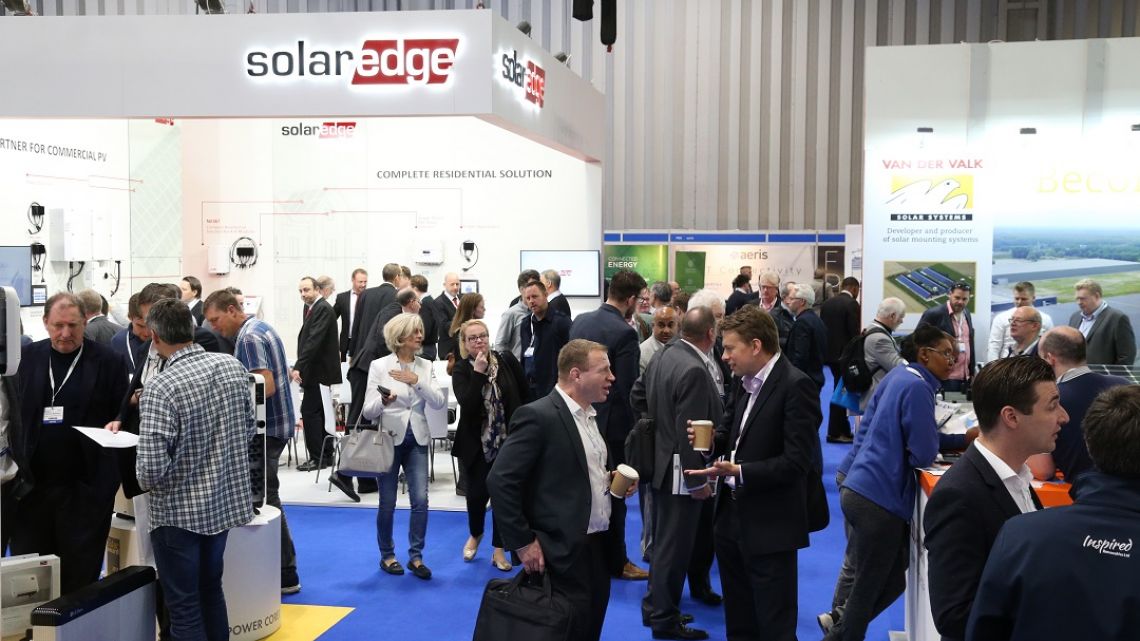 Here’s a short summary of some of the things we picked up from the show floor this year.

With more than 4,000 pre-registered visitors, Solar & Storage Live was always going to be a busy show. But when more than 1,200 people packed through the doors in the opening two hours alone on Tuesday it was something of a surprise.

It’s unavoidable that the last 18 months have been difficult and there are some notable absentees from the show floor this year, but the industry is continuing to thrive. We saw active discussions being had and business deals being struck, with some exhibitors talking of active pipelines and order books taking shape. Last year’s visitors spoke of trepidation, unsure about how the market might react. This year’s spoke with confidence, a renewed enthusiasm and vigour.

Last year saw more than 40 storage exhibitors compete for space on the show floor, offering insight into just how much confidence batteries had garnered in a short space of time. This year was no different, only now the industry has the finance to back it up. We were told of C&I business cases for storage that had concrete economics, manufacturers urging their developers to sign deals now to take advantage of ancillary services markets looming and - whisper this - rumours of at least one high street name backing storage in a big way. But more on that soon.

The industry’s more independent than ever

Solar has historically been subsidised. Not quite to the tune of the fossil fuels industry has, but still. And those subsidies have been a rather sizeable elephant in the room when it’s come to arguing for solar’s place in the wider power market. But one significant lesson to take from this year’s show is an overwhelming sense of independence that’s becoming increasingly prevalent in today’s developers and installers.

Anesco, of course, completed the UK’s first subsidy-free development last month, and we heard from other developers currently working towards the same.

Commercial installations are too going ahead outside of the feed-in tariff, with the comparatively low FiT on offer literally not worth an employee’s time to accredit. The residential market still needs all the help and support it can get - more on which should, if this government is worth its salt, be considered in the Clean Growth Strategy - but this industry is clearly becoming more independent, and that should strike fear into the hearts of legacy power providers.

Battery developers are branching out

When you think of battery storage, the majority will automatically jump straight to lithium-ion. Whether it’s the technology’s prevalence, the Tesla effect or just a matter of pricing, lithium-ion batteries have come to dominate the storage sector. But that might be about to change.

Ofgem’s consultation on the de-rating applied to battery storage when competing in the capacity market promises to be an interesting development but one perhaps unintended consequence is bringing other technologies to the fore, particularly flow batteries given their ability to offer longer duration storage.

While a panel of developers and financiers on Tuesday concluded that flow batteries aren’t quite economical yet, we heard from at least one developer who has given the technology more than just a cursory glance. Their rivals might want to get with the flow while they still can.