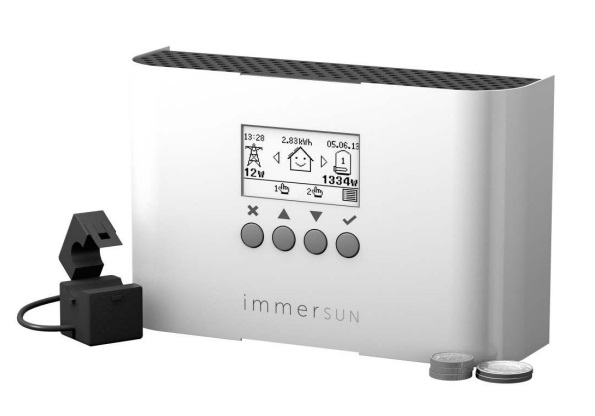 4eco have sold tens of thousands of its immerSUN devices but has been forced into insolvency following low installation figures. Image: 4eco.

4eco has become the latest company to enter insolvency following cuts to government subsidies for solar enacted earlier this year.

The makers of the well-known immerSUN device announced its impending closure on 5 July, leading to redundancies for 11 members of staff.

In a statement posted on the company’s website, the company said: “It is with great sadness that we must announce the impending closure of 4eco Limited and consequent immediate cease of trading.

“The solar industry has had many highs and lows over the years, with the most recent claiming many businesses.

“We would like to thank all of you for your loyalty and support over the last few years and remain positive that a solution can be resolved in the interests of all.”

Dip Insolvency Practitioners will seek to find a buyer for the company to ensure that the immerSUN device, which diverts surplus power from solar PV installations to a designated load, normally a hot water heater, will continue to be distributed.

Solar Power Portal understands that a second firm, 4eco Technologies, was incorporated in February to accommodate new technologies being developed by the makers of the immerSUN. However, the development of these products was linked to the activities of 4eco and will be paused until new funding or a buyer is found.

The loss of 4eco has come as a shock to the solar industry as well as end users, to whom the Lincolnshire firm has supplied tens of thousands of devices since it was formed in 2007.

Following cuts to the feed-in tariff at the beginning of the year, installation levels in the residential market have plummeted, causing several reported installer firms to cease trading. While the true number of job losses is yet to become clear, an upcoming survey by the Solar Trade Association and consultancy PwC is expected to reveal up to half of the industry has disappeared.

Despite this solid run of job losses, the Department for Energy and Climate Change has maintained its stance that solar must stand on its own two feet, independent from subsidy.

Energy secretary Amber Rudd last week said she would “continue to watch” UK solar for signs of progress after admitting that cuts to subsidy had caused difficulty for the industry.

Representatives from 4eco were unable to provide a statement on the closure at this time.