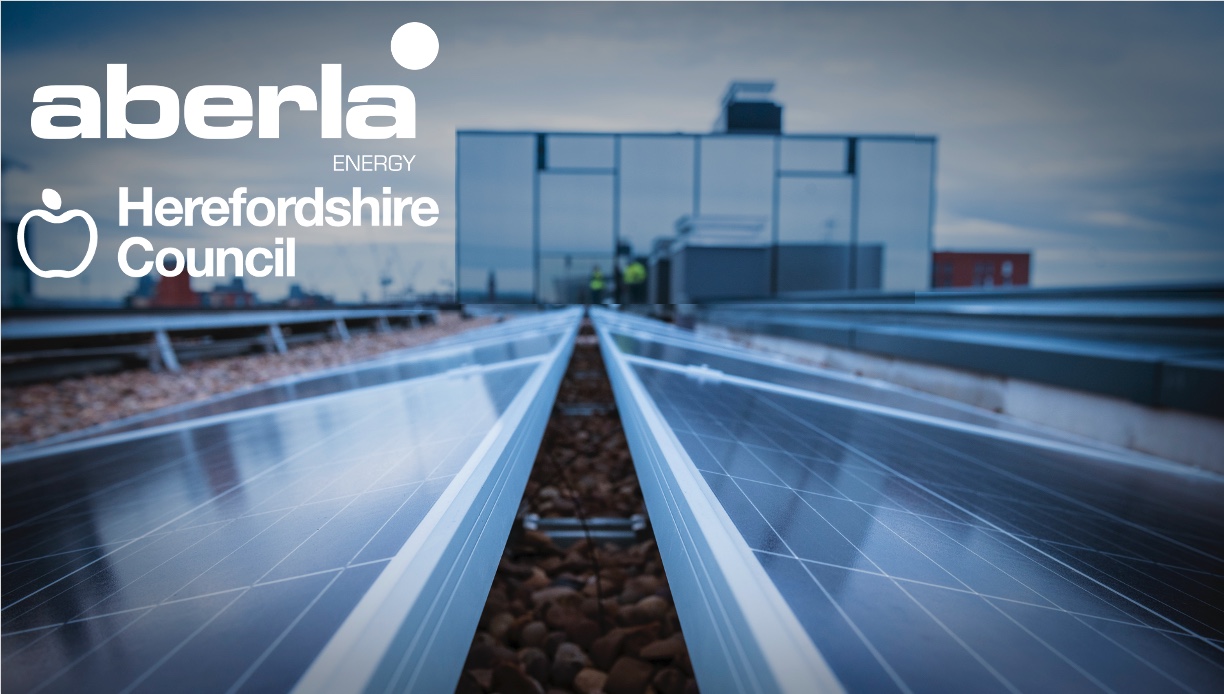 Aberla Energy has delivered a contract to design, supply and install a 50kWp rooftop-mounted solar PV system for Herefordshire Council.

The installation is designed to decrease the Council’s carbon footprint and increase energy savings and security. It forms part of its action to become carbon neutral by 2030/31, a goal set after it declared a climate emergency in 2019.

“Herefordshire Council has been a local authority leader in addressing climate change for several years, working to reduce its own carbon footprint while leading countywide carbon reduction since 2003,” said Cllr Ellie Chowns, cabinet member for environment, economy and skills.

“Our new climate and ecological action plan demonstrates our commitment to reaching carbon zero by 2030 through a variety of means, one of the most important of which is continued investment in renewable energy, and we very much look forward to working with Aberla.”

Aberla’s agreement with Herefordshire follows similar agreements with the likes of Progress Housing Group – with whom they signed a three-year solar contract in March – and one of the largest public sector housing solar PV contracts with Cheshire West and Chester Council.

Mark Ingham, managing director at the Aberla Group said they were “delighted” to have delivered the contract for Herefordshire Council, adding that it is “important for us to partner with like-minded organisations" and that the company is looking forward to "developing the partnership with the Council".