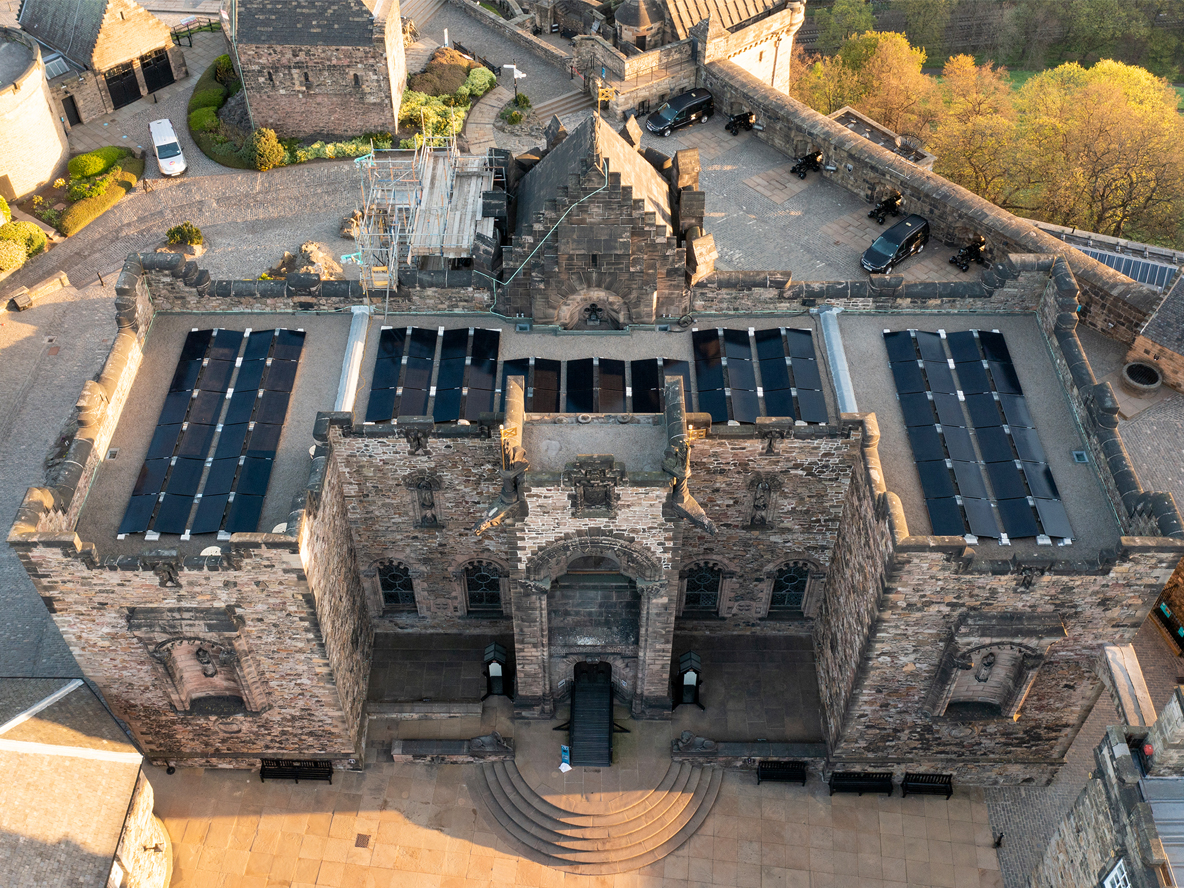 The solar has been installed on the roof of the Scottish National War Memorial. Image: Historic Environment Scotland

Solar PV has been installed on the roof of the Scottish National War Memorial at Edinburgh Castle by AES Solar as part of a programme to reduce energy use on historic properties.

This programme is being run by Historic Environment Scotland, which chose AES to install the all-black 375W SunPower panels on the roof of the building.

The 31.5kWp system is surrounded by a high parapet, meaning the panels aren’t visible from the castle grounds or other vantage points within the city. 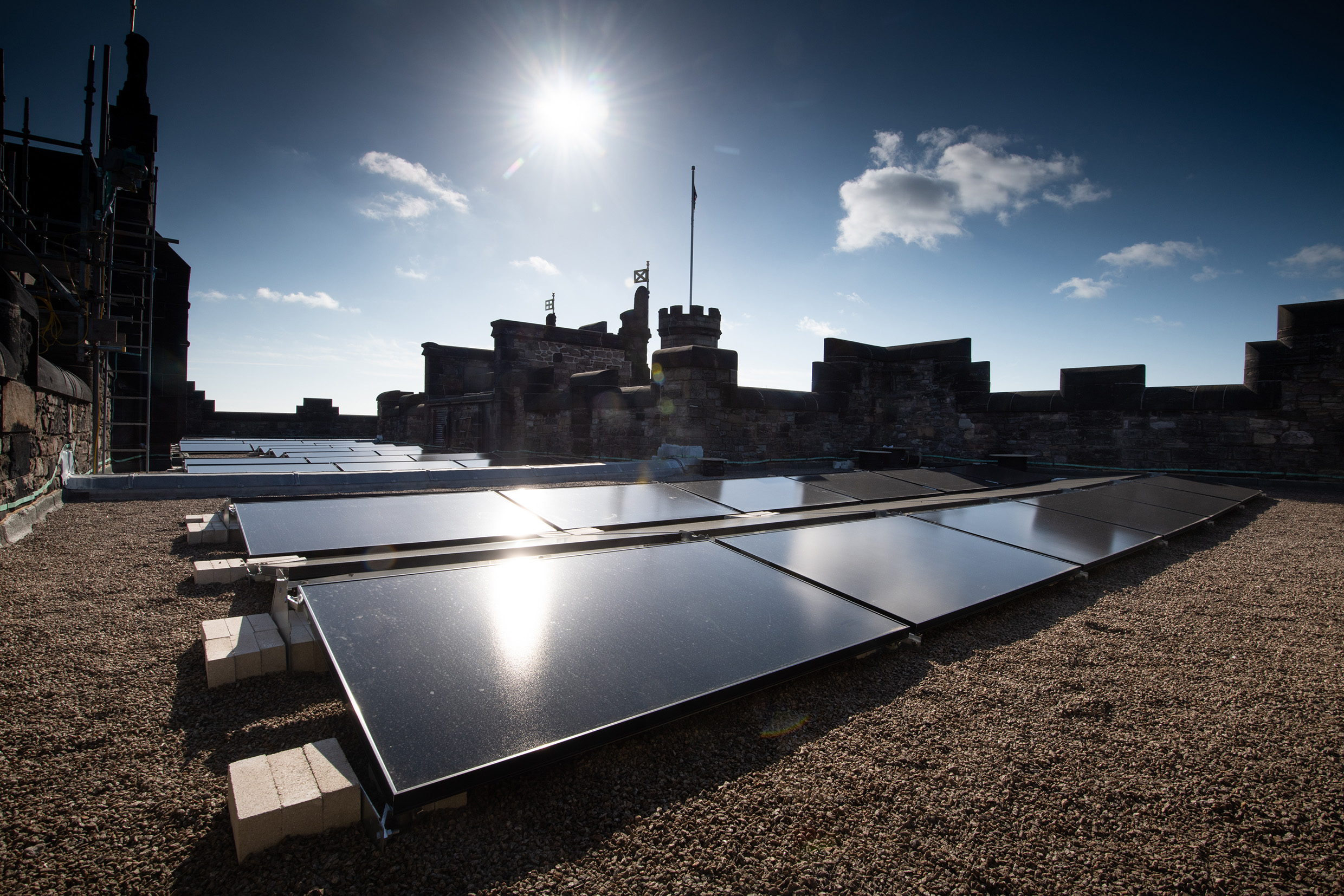 The panels can't be seen from the castle grounds. Image: Historic Environment Scotland

It marks the second installation at a historic royal site by AES, the first being solar thermal installed at Balmoral Castle Royal Estate.

AES managing director George Goudsmit said: “I’m sure the rest of the team will join me in saying they will never quite view Edinburgh Castle the same again. Instead, we will take great pride in knowing we were the company that installed solar panels on Edinburgh Castle.

"The sky’s the limit now that historic buildings can be part of the solution to net zero in Scotland.”

The company opened an office in Edinburgh in 2018, with this being its first location outside of its native Forres, Moray, where its head office and manufacturing facility is based. The same year, it partnered EV charging and battery storage supplier Phuse Energy.