The 10MW Clay Hill solar farm, combined with a 6MW battery, has been used in the Balancing Mechanism for the first time, following Anesco's 10MW standalone Breach Farm battery.

‘Hybrid’ solar plus storage developments should become a key new area of interest for investors according to Anesco after the company’s subsidy-free solar project was used in the Balancing Mechanism (BM) for the first time last week.

Anesco is celebrating the success of its battery assets being the first to enter the BM via Limejump’s Virtual Power Plant, marking the first time an aggregated unit was allowed into the BM.

Breach Farm, a 10MW standalone battery storage site in Derbyshire, was the first to be called upon and was later followed by Clay Hill, the unsubsidised 10MW solar farm complete with 6MW co-located battery storage.

Steve Shine, executive chairman at Anesco, said: “We’re delighted that we’ve been able to achieve another first for the UK renewables industry. By entering our storage assets into the Balancing Mechanism, the door has been opened to additional revenue streams for investors and further validates the opportunity that battery storage provides.

“It’s a major step forward for the industry, with the Balancing Mechanism market offering frequent instances of profitable spreads for batteries to take advantage of. In addition, it removes much of the risk that suppliers face from uncertain system prices.”

Following these new landmarks for battery storage, Anesco’s commercial operations director Lily Coles explained to Solar Power Portal that entry into the BM by a battery charged on site by solar is more cost effective than a standalone battery importing from the grid.

"With the [Clay Hill] battery, you're not having to buy power in order to discharge within the BM. A huge issue you have with batteries at the moment is the import charges [which] you're avoiding by using the solar generation.

“So we really can't see why investors won't be going for [that] hybrid solution because it's got so many advantages to it. The strike price that you have to enter Breach Farm as a standalone battery is a lot higher than Clay Hill because Clay Hill can make the same spread by using the renewable generation,” she said.

The new entry for Clay Hill into the BM tops off a successful summer for the project, which according to Cole is “exceeding all our expectations.”

Owing to high irradiation over the summer months, combined with a lack of wind generation and reduced output from French power stations leading to higher electricity prices, solar generation from Clay Hill was able to sell for an average price of £56/MW. 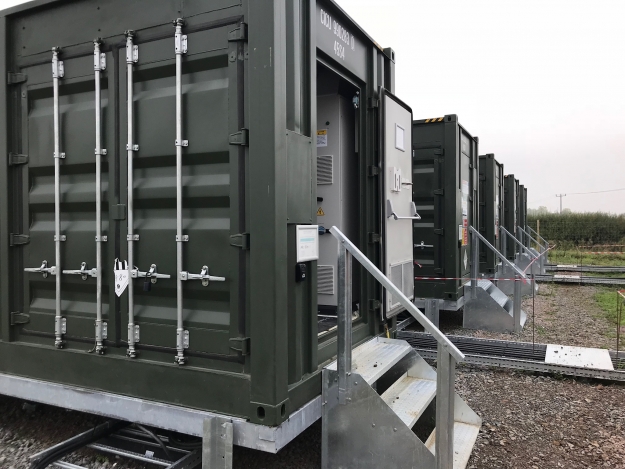 However, Anesco’s key achievement, according to Coles, has been opening up a new revenue in the BM for both standalone and ‘hybrid’ battery projects following work with Cornwall Insight to develop alternative revenues following the decline of frequency response and Capacity Market returns.

"The key point for us in being able to have the first battery in there is demonstrating and opening up that new revenue stream for batteries and then building up that case data to provide more security to investors by demonstrating where they can make their returns.

“That's the significant milestone; it's finally been opened up and is now an opportunity for batteries to enter into,” she said.

Limejump was able to offer this access and expects opportunities to grow as the year progresses, offering more opportunities for revenue.

While both Breach Farm and Clay Hill would called upon as singular entities, they remain within BMUs housing a number of carrying assets which will likely be called on together as National Grid’s needs increase.

Joshua Greedy, head of marketing at Limejump, told SPP: “When we get into winter for sure it's going to be multiples I think as you'll have increased frequency deviations because of the requirements for heating and hot water etc. creating more fluctuations."

Coles added: "The opportunities under the BM are huge. If you look at National Grid and the National Infrastructure Commission, they're saying the opportunity could double by 2021 in the BM alone.

"National Grid were really happy with Breach Farm last week and even they were saying they could see batteries dominating that market, [but] it depends how quickly people install batteries.”

While Limejump was able to secure early access to the BM with aggregated units owing to special dispensation from Ofgem, National Grid’s efforts to widen access to the BM are expected to be completed by April 2019. This will open up the market to those aggregators without a supplier licence, as well as single flexibility providers with capacities as small as 1MW.