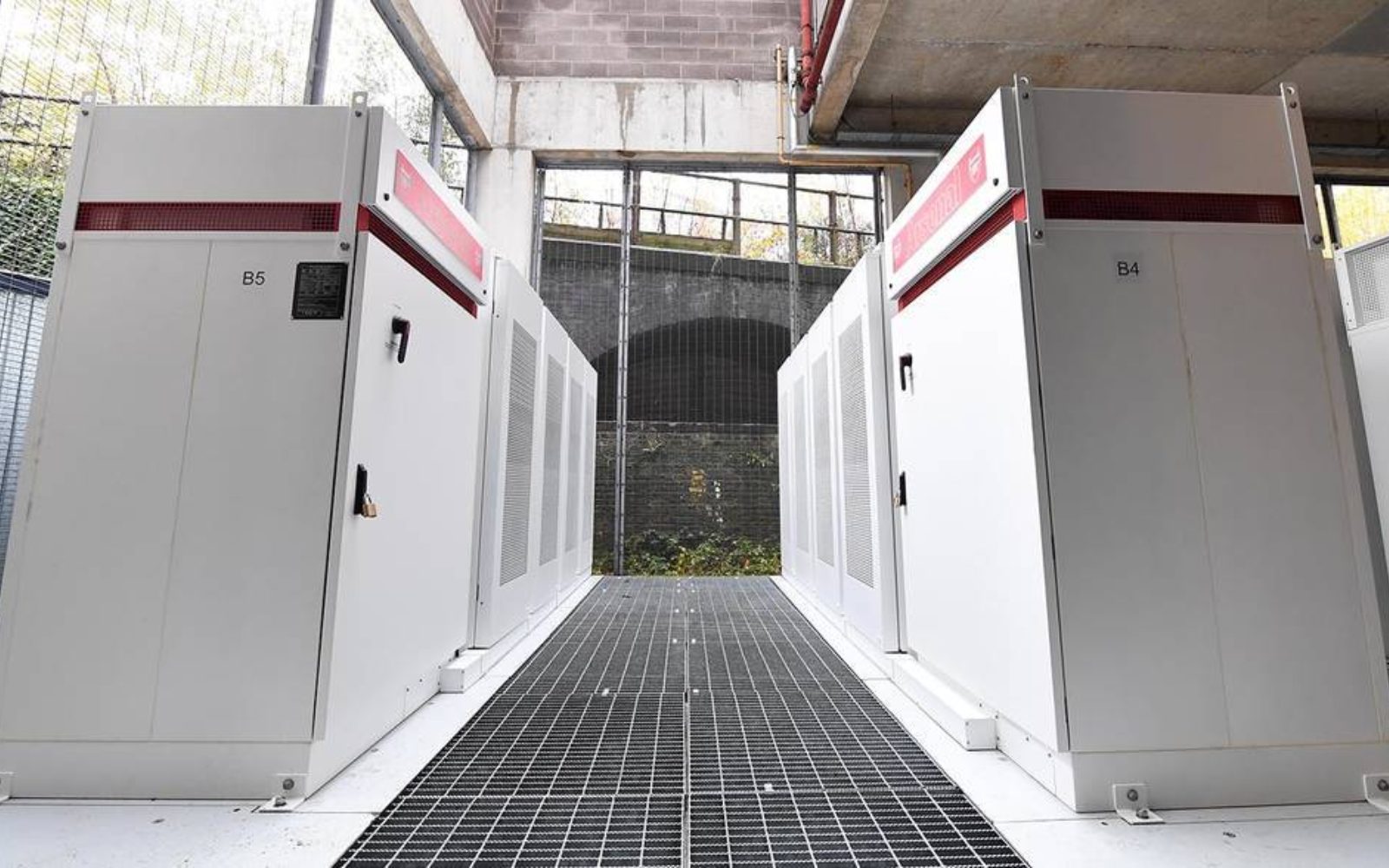 Arsenal’s Emirates stadium is now home to a behind the meter battery that will today begin trading solar power on the wholesale market following its unveiling yesterday.

The 2MW/2.5MWh Tesla system is the first battery storage system to be installed at a UK football club’s stadium following three years of development between the club, Pivot Power and Downing LLP.

The battery will be powered by electricity from Octopus Energy, which agreed a green supply deal with Arsenal in August last year backed by the UK’s largest portfolio of solar assets.

Open Energi will automate trading in real-time against a combination of day-ahead, intra-day and real-time price signals. This separates it from the battery installation at Amsterdam's Johan Cruyff ArenA, which charges from solar on the stadium's roof as well as some grid supply with a function to provide uninterruptible back-up power to the venue.

Octopus Energy chief executive Greg Jackson said: “Arsenal took a lead in sustainable energy by switching to Octopus in 2016 and we have worked together to make The Emirates ever greener. Arsenal is now the first top flight club with battery storage, allowing it to use cheap renewable energy even at peak times.”

According to the club’s operations direction Hywel Sloman, adding to Arsenal’s sustainability credentials was a key attraction of the project.

“The main draw is that it’s really interesting and innovative, it can give us reuseable energy which is important to us. It's something we're very proud of,” he told sister publication Current± at the project unveiling yesterday.

“Sustainability is very important to us so the ability to present that well is something we're very proud of. We want to do what's right and what's best for Arsenal, the environment and our fan base rather than necessarily what's better than our competitors.”

While the battery could power the stadium for an entire match, it will not be used to provide uninterruptible power supply (UPS) or offset diesel supplies yet. However Michael Boulton, chief operating officer of the battery developer Pivot Power, said this could be possible in years to come.

Before then, the behind the meter battery will also be used to help Arsenal avoid Triad charges, engage in some arbitrage activity and load shifting. By buying cheaper electricity at times of high renewables output and storing it for use when prices are high, the top flight club is expected to make immediate savings by avoiding prices that can be three times higher during peak periods.

The installation also has a firm frequency response (FFR) contract via Open Energi, which will use the battery to meet the needs of a 2MW contract won in September’s tender for delivery from 1 October 2019 for six months, ending 31 March 2020.

Income from the installation will be split between Pivot, Downing and Arsenal, which opted for a share of this over a lease or rental model for the space within its car park.

A second phase of the project will be carried out next year when a further 1MW/1.2MWh of storage is added in summer 2019, taking the device to a 3MW/3.7MWh capacity.

For more on business model and the challenges presented by the project, read the full story on Current±.