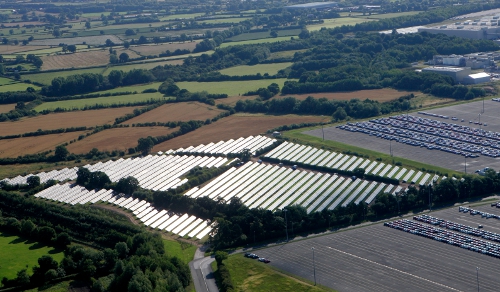 Bluefield Solar Income Fund (BSIF) said it continues to eye up “exciting” new investments after a year in which its power purchase agreement strategy helped it side-step tumbling power prices.

Earlier this week the investor reported its results for the six months ended 31 December 2019, revealing underlying earnings of £20.7 million.

However that figure could have been dented were it not for the firm’s PPA strategy which helped it secure more lucrative power prices than those available on the wholesale market throughout the period in question.

Bluefield chairman John Rennocks stated that having seen day ahead power prices reach six-year highs of £67/MWh in September 2018 those have since tumbled, falling to a 10-year low of £39/MWh in the reporting period.

This, Rennocks said, was attributable to an oversupply of liquefied natural gas, which has in turn led a detraction in gas prices.

BSIF’s flexible PPA strategy, in which two-year PPAs at fixed prices have been preferred, has seen its portfolio secure an average price of £56/MWh, driving significant benefits for the investor’s top line.

Rennocks warned that if wholesale electricity prices remained subdued, the firm's ability to grow shareholder returns in line with the retail price index would be impacted some stage, however he did argue this was not an immediate concern.

Despite concerns around falling prices, there is optimism in Bluefield’s results, predominantly surrounding unsubsidised solar. The company says that “it is likely that 2020 will see solar deployment gathering momentum,” as unsubsidised solar increasingly becomes the norm in the UK. The company first announced its step into the subsidy-free solar space in September last year, however those plans are now gathering pace.

In his chairman’s statement, Rennocks says that such projects fit well with its portfolio and that it is involved with a number of unsubsidised projects at an advanced stage of development.

Additionally, Rennocks states that the company is looking into unsubsidised renewables more broadly, with the intention of adding complimentary renewables to its portfolio, in a tentative step out of the solar space.

“I look forward to updating shareholders in due course on this very exciting area,” said Rennocks.