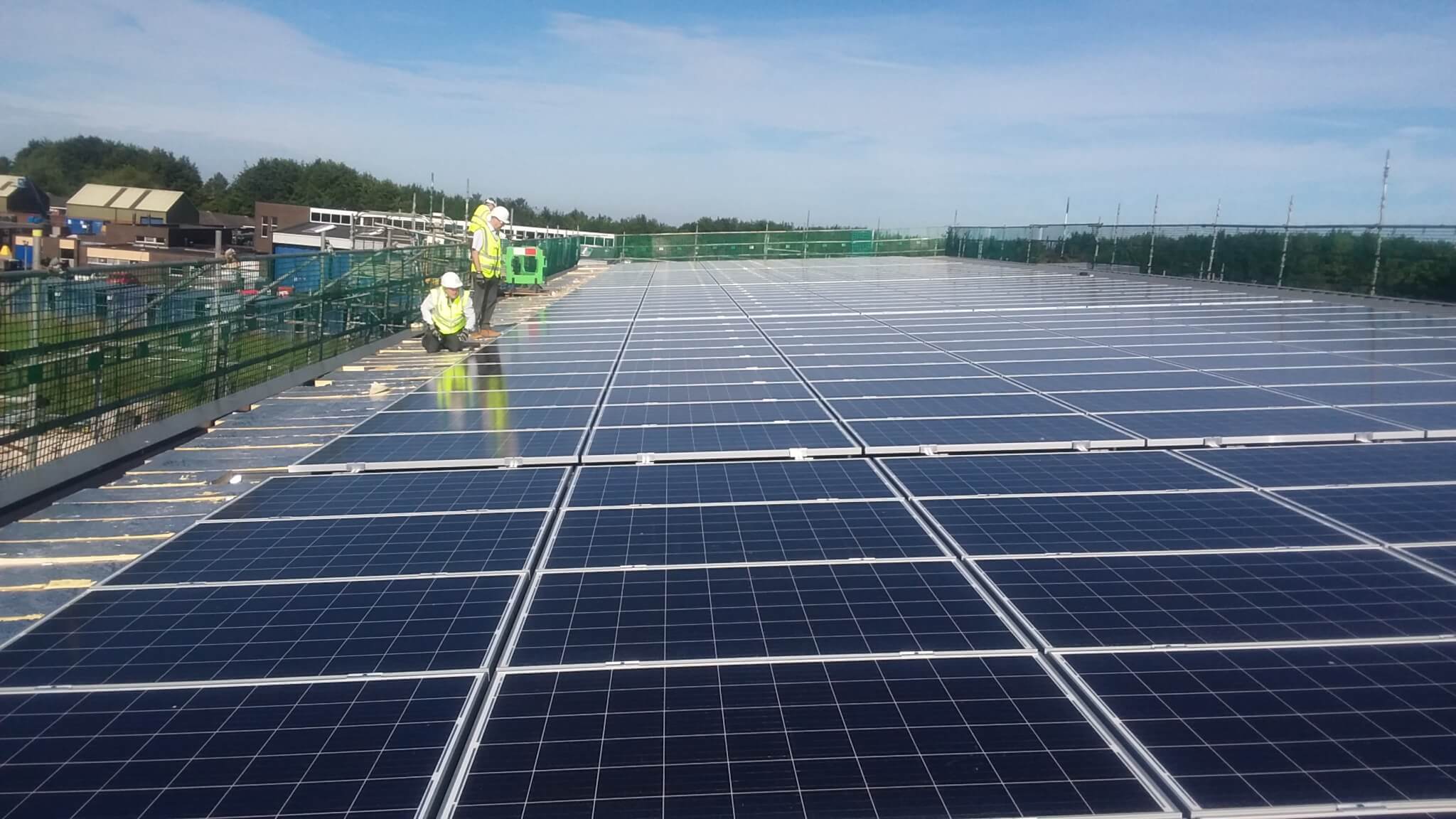 New buildings to be used by the British Army are being constructed with rooftop solar PV, enhancing their sustainably and efficiency.

More than 320 polycrystalline modules have been installed atop new buildings at Larkhill Garrison, constructed under the Army Basing Programme (ABP) in order to meet building regulations. So far a total of 82kWp of generation capacity has been installed, the power from which will be shared across multiple buildings.

The new headquarters, developed at the Royal School of Artillery in Larkhill, will support as many as 200 personnel from three regiments, including shared offices, conference facilities, mail rooms, beverage bays and stores.

They are being developed under the ABP to support troops that have, until now, been stationed in Germany and some UK locations.

Aspire Defence Capital Works (ASDW), the contractor tasked with the buildings’ construction, identified 10 buildings under the ABP which would be suited to rooftop solar PV and enable them to achieve an ‘excellent’ rating under the Ministry of Defence’s Defence Related Environmental Assessment Methodology (DREAM).

Richard Tindal, project director for Larkhill at ASDW, said that sustainability was at the heart of the contract.

“We are applying an environmentally considerate approach throughout the ABP programme, from initial design to the buildings themselves, to ensure we minimise the impact of construction works on the defence landscape,” he said.

Solar has found a home on many current and ex-military sites in the UK, although perhaps most notably on former airfields as a result of their brownfield status.

DTTC Lyneham in Wiltshire is still home to the UK’s largest ground-mount solar farm at 69.5MW, while RAF airfields such as Coltishall, Wroughton and Kencot also house sizeable arrays.