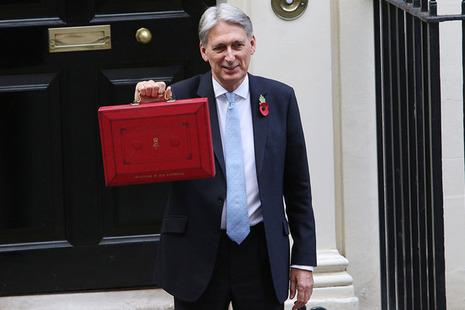 The UK renewables lobby has once again expressed its exasperation that clean energy failed to merit a mention within this year’s Budget, despite the government teasing an overhaul of tax benefits for on-site generators.

Yesterday afternoon chancellor Philip Hammond delivered the 2018 Budget, but during his speech in the House of Commons failed to mention climate change or renewable energy at all.

This was compounded by the complete omission of renewables from the Red Book documents despite clean growth being a central factor of the government’s industrial strategy.

However the Budget was not entirely without news for the solar and small-scale renewables sector.

The capital allowances special rate for qualifying plant and machinery assets – which includes commercial rooftop solar installations – is to be reduced from the existing 7% to 6% from next April, a move which HMT said more closely matches average accounts depreciation.

And the government has also confirmed it is to remove Enhanced Capital Allowances and First Year Tax Credits for all energy efficiency technologies, which includes solar thermal and some battery storage assets, from 2020, believing there to be “more effective ways” of supporting business energy efficiency.

A new ‘Industrial Energy Transformation Fund’ is to replace those tax benefits, designed specifically to support intensive energy users. Details remain scant, but the stated aim of the fund – valued at £315 million, equivalent to estimated savings from the ECA and other tax credit cuts – is to support businesses to transition to a low carbon future.

There will also be a call for evidence on the introduction of a new business energy efficiency scheme focused on smaller businesses than those which fall under the Industrial Energy Transformation Fund, with a range of possible delivery options to be unveiled at a later date.

But those policies have not been enough to satisfy a renewables lobby which dismissed Hammond’s 2018 Budget as a missed opportunity.

James Court, policy and external affairs director at the Renewable Energy Association, said it was frustrating for another budget to come and go without mention of renewables, stating that opportunities for the country to lead on strategically important future technologies were slipping by.

“There is huge support for renewables across the country, parliament, and even within government, yet the Treasury continues to stymie the potential growth in this sector,” he said.

The Solar Trade Association meanwhile zeroed in on the chancellor’s failure to amend what it has termed unfair tax and market treatments levied against solar and other small-scale renewables. The STA has collaborated with other industry partners on a new campaign calling for both the export tariff to be maintained and for other perceived unfair treatments, especially business rates, to be corrected.

Yet chief executive Chris Hewett said Hammond had missed the opportunity to “do the right thing” and intervene.

“This government claims to support clean, green technologies, but this rhetoric is far from being matched by even the most modest of actions. Solar is the biggest clean energy market in the world today and by putting obstacles in the path of this technology the government is frustrating the urgent energy transition and putting British industries at a disadvantage in global clean energy markets,” he said.

In his response to Hammond's speech in the Commons yesterday, Labour leader Jeremy Corbyn also pointed to the government's previous cuts to support fro solar, claiming it was "failing to project the environment [and] our futures".