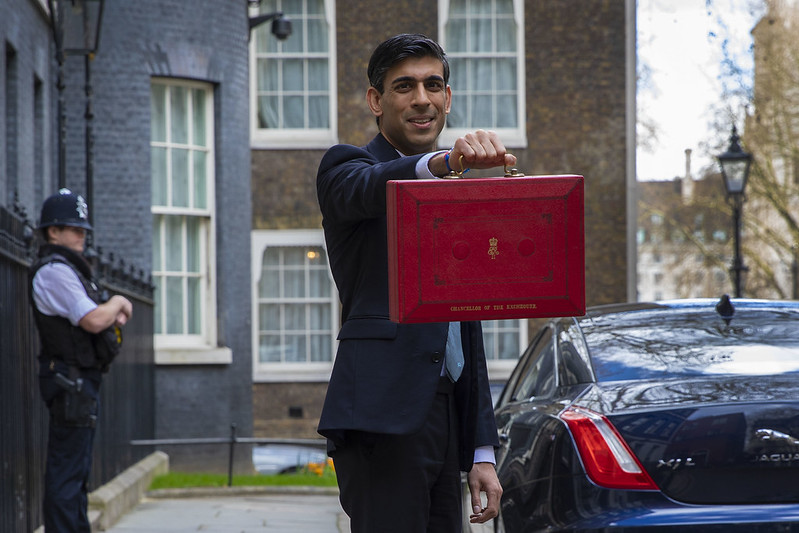 Solar is once again absent from the Budget as nuclear and carbon capture technologies receive funding boosts.

Chancellor Rishi Sunak – who has only been in the role for a month following the cabinet reshuffle that saw previous Chancellor Sajid Javid resign – delivered the Budget today (11 March 2020).

There was a solitary mention of the costs of the technology falling and a prediction that onshore wind, offshore wind and solar together are likely to be the UK’s primary source of electricity in the future, but no announcements made.

Renewable generation as a whole failed to receive new government funding as part of the Budget, with storage technologies also missing.

Chris Hewett, chief executive of the Solar Trade Association, said that without good policies in place to support the uptake of solar, “we will fall well short of the 40GW needed by 2030 to keep on track”, he warned, although he did welcome the decision to conduct a fundamental review of business rates, something Hewett described as “the main barrier to the deployment of large rooftop PV.”

“Unfortunately this Budget is thin on measures to tackle climate change and support the transition to a low-carbon economy," Hewett continued however.

The government's review of business rates is to report in the autumn, with a call for evidence to be published in the spring. The review will have an objective of reducing the overall burden on businesses, improving the current business rates system and considering more fundamental changes in the medium-to-long term.

German supermarket chain Lidl revealed last week it has seen its business rates soar by 528% due to changes in the valuation of solar installations at its sites, jumping up from £689 per year for a 180kWp system in 2010 to £4,329 per year in 2017.

The exemption of business rates for solar to bring it in line with technologies such as gas CHP was one of the policies the Solar Trade Association outlined it would like to see on Tuesday ahead of the Budget.

The government did, however, hand solar a boon last week with the announcement it would be consulting on allowing the technology back into the Contracts for Difference (CfD) scheme, a policy decision called for by a number of industry players over the last few years.

Frans van den Heuvel, CEO of Solarcentury, said that while they have been encouraged by the CfD announcement, there is “so much more the new Chancellor could have announced today to help the UK take global leadership in the fight against climate chaos, with boldness and ambition that his predecessors sorely lacked”.

The last Budget to be delivered - in 2018 - also saw renewables omitted, although announcements surrounding tax reforms for onsite generators were made.