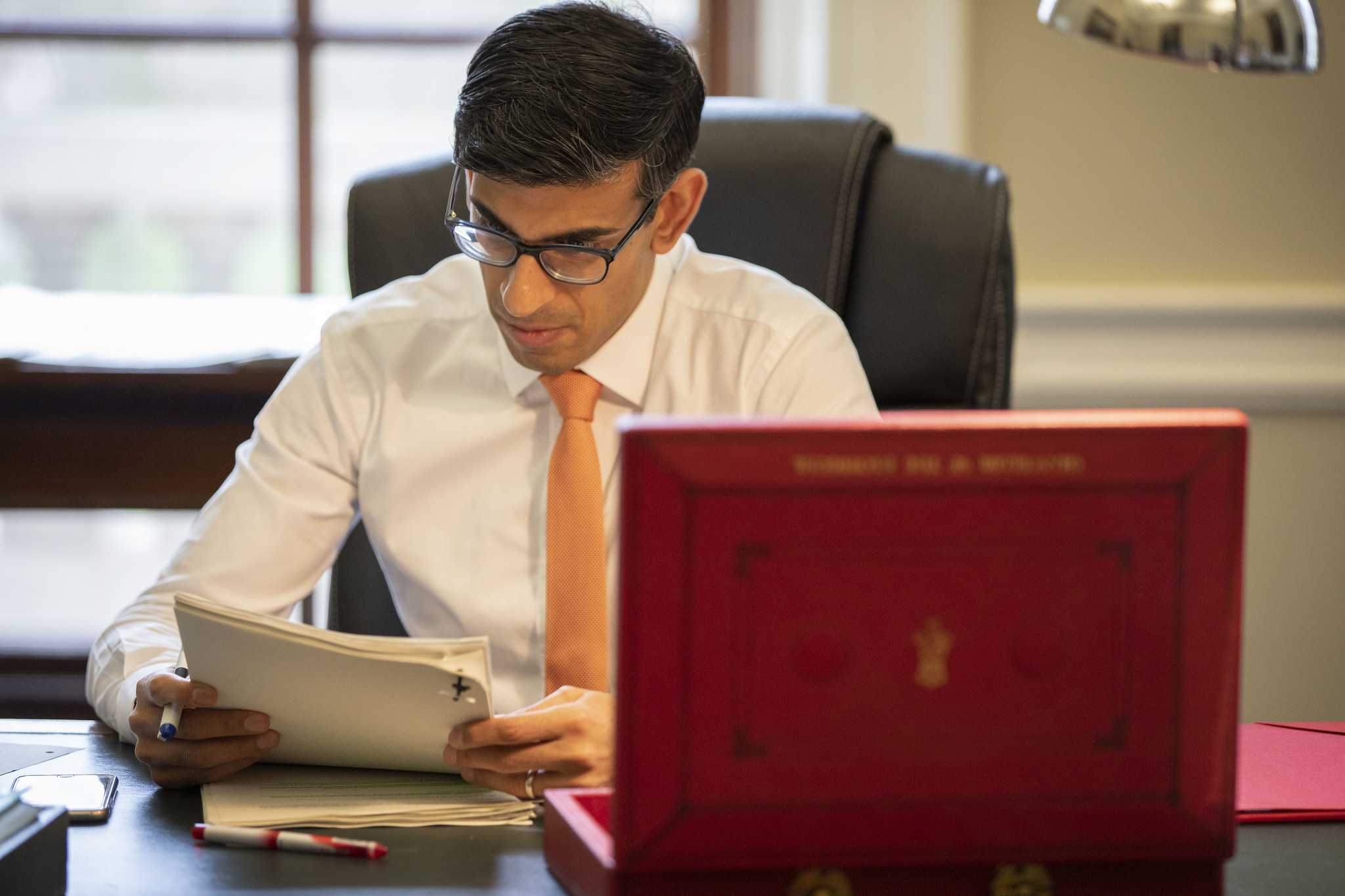 Just a month into one of the most powerful jobs in Britain, Chancellor Rishi Sunak presented his much anticipated Budget to a packed-out House of Commons.

While many in the energy sector have welcomed the confirmation of funding for electric vehicle infrastructure and carbon capture and storage, the renewables sector was conspicuously absent.

The word ‘solar’ had one solitary mention in the entire Budget, refering to the falling price of the technology that has seen the industry begin to bounce back from subsidy cuts and policy changes, moving towards subsidy-free developments.

“The government has already made significant progress in reducing carbon emissions from electricity generation,” lauded the document, “driven by the switch from coal to gas and the growth in renewable energy. Costs have fallen so quickly that offshore wind, onshore wind and solar are likely to be the UK’s primary source of electricity in the future.”

It is unsurprising therefore that the solar industry has met the Budget with a lukewarm response. Some of the players within the solar and storage sector, as well as those involved in the wider energy transition, gave Solar Power Portal their reactions.

“Whatever its content, today’s Budget was never going to put a stop to climate chaos. However, we were very disappointed that the focus was not on the most critical issue of our time. While today’s Budget was clearly made against an unusual backdrop, we would urge the government not to lose focus on climate chaos and taking further proactive steps to address it.

“We welcome increased taxes on pollution, and the rise in funding for green transport solutions. However, overall we feel that more action could have been taken.

“We have been encouraged by reports that the government plans to endorse solar by allowing projects to compete for clean power contracts in its next round of auctions - essentially recognising that utility scale solar is cost effective and therefore good for bill payers as well as the climate. But there is so much more the new Chancellor could have announced today to help the UK take global leadership in the fight against climate chaos, with boldness and ambition that his predecessors sorely lacked.

“And while the government’s recent commitment to no longer funding coal overseas is a step in the right direction, why not rule out financing investments for fossil fuel development of any kind? In November, the world’s eyes will be on the COP26 climate change conference in Glasgow so this is the year of all years for the UK to show other countries what can and must be done.”

“This Budget could have been far more ambitious in its scope to create a better, cleaner and more equitable energy system creating more resilience in the UK energy network. Instead we see a stubborn commitment to old centralised solutions. We call on government to look again at alternative opportunities and consider the benefits more support for renewable, locally generated energy can bring to the country.

“Since the removal of virtually all government support - the feed-in and export tariffs, tax reliefs, increased business rates, hiked VAT - community energy has struggled to make a business case to stay active.

“We had hoped for the reinstatement of Social Investment Tax Relief for community energy, business rate concessions in recognition of the important social benefits, a pledge to reverse the hike in VAT from 5% to 20% for Energy Saving Measures, with an ambition to reduce it to zero and announcements of the details of funding for energy efficiency upgrades to housing.

“The much vaunted ‘green budget’ did not materialise with vast new funding for roads dwarfing spending on green transport, road fuel levy frozen and nothing on energy efficiency in buildings.

“There were some positive commitments, with £270m pledged to a new Green Heat Network Fund to run between 2022 and 2025, which takes total government support for heat networks to over £500bn, an ambitious action plan on tree planting and the development of ultra-low emission vehicles and infrastructure to support electric vehicles.

“We will continue to lobby for Social Investment Tax Relief to be made available for community energy schemes and will call for the government's imminent energy white paper (and the Net Zero Plan) to be used to put people at the centre of energy policy, as consumers, but also as participants, innovators and leaders in the increasingly local, low carbon energy system. Community energy is the key to this engagement.”

"The devil will be in the detail, but the 2020 budget investment needed to reach the Government's 2050 carbon reduction targets which has not been delivered. For example, the £800m in carbon capture and storage will need to be increased several times over to reach those targets. As well as more investment in EV charging infrastructure and renewable energy. The speech did not even mention renewables."

“Taken together with the announcements last week on increasing renewables, yesterday’s Budget made clear that cheap, clean energy is vital to achieving net zero at lowest cost. The Chancellor’s decision to raise the business levy on gas boosts the case for investment in new low carbon heating technologies and developing clean fuels, like renewable hydrogen, to decarbonise industry and transport. We look forward to working with the Government to go further and faster in creating the markets for new technologies to deliver net zero”.

“We also welcome the Government’s Coronavirus Business Interruption Loan Scheme, which may aid some of our members with options such as overdrafts, invoice finance facilities and asset finance facilities. We await further details of eligibility with interest and it is important that support for business keeps pace the impacts of Covid as the situation develops”.

“This infrastructure Budget must be a springboard to reimagine and deliver a low-carbon and resilient economy of localism, net-zero homes, renewable energy, and mobility. Announcements, such as the £1bn investment in electric transport, are steps in the right direction but we must use this as a national reset and address the ultimate opportunity for COP26 and Global Britain to showcase to the world how to achieve a net zero economy.”

“Unfortunately this Budget is thin on measures to tackle climate change and support the transition to a low-carbon economy. Renewables are vital to reaching net zero, and without good policies in place to support the uptake of solar we will fall well short of the 40 gigawatts needed by 2030 to keep on track. Time is running out to act.”

“The freeze on the carbon price support rate is particularly disappointing, as is the lack of any meaningful policy on energy efficiency and green improvements for existing homes, such as solar and battery storage.”

“We do welcome the decision to hold a review of business rates, which are the main barrier to the deployment of large rooftop PV. Additionally, we are pleased to see an extension to the Renewable Heat Incentive, and the introduction of a Low Carbon Heat Support Scheme which categorically must apply to solar heat technologies.”

Chris Hewett spoke to Solar Power Portal in more detail about the business rates reforms and the recently announced Contracts for Difference consultation.