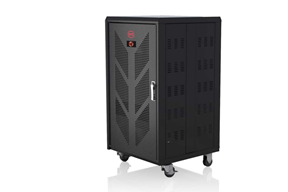 Recently announcing it is to supply the city of London with Europe’s largest pure electric bus fleet, BYD and its brand is becoming familiar to many across the UK. BYD Company Ltd. is not only the world’s largest EV maker – with sales of nearly 63,000 units of passenger EVs in 2015 and its pure electric buses and taxis running in over 200 cities worldwide – it is also the world's largest manufacturer of rechargeable Lithium Iron-Phosphate batteries, used to power both its electric vehicle line-up and a range of energy storage systems.

BYD’s energy storage systems have established an unrivalled reputation in countries that place sustainable development on top of their energy agendas; chiefly Germany, Spain, Austria and Australia. BYD has now officially launched its “B-BOX” in the UK – an energy storage system for household and commercial applications featuring the same battery technology used in buses running throughout central London. The first UK installation of the system is at the Waxman Energy showroom (BYD’s distribution partner), based in Elland, West Yorkshire, Waxman’s Sales Director, Mark Powell, comments: "after comparing other home energy storage systems, we chose the BYD B-BOX for its safety, reliability and, most importantly, the flexibility to extend its capacity in the future if needed."

The main feature and key advantage of the B-Box is the battery’s Lithium Iron-Phosphate (LFP) chemistry, which grants high thermal stability, making it the safest on the market. These batteries are safe under extreme physical conditions and withstand temperatures of several hundred degrees; a thermal stability that allows for a long life-span of over 6,000 cycles. The B-BOX is also flexible; the capacity of a single unit can be expanded from 2.5Kwh to 409Kwh by adopting a modular design which makes it suitable for diversified demands. As for performance, main advantages include a high usable capacity of up to 96%, as well as a power output of up to 1C.

"We believe the B-BOX is very suitable for the UK market," said Julia Chen, Senior Director of BYD Battery Sales Division, "with such global track record and positive market feedback, we have every reason to believe the B-BOX will do great in the UK." 2016 has seen the rebirth of the tandem of solar power generation with energy storage, enabling a broad scope of applications from domestic to medium and large-scale commercial projects. The B-BOX is BYD's response to the UK market's dramatic drop in government subsidies for renewable energy projects and a shifted focus towards home and business users to maximize their return on solar PV investments. Currently BYD is partnering with Waxman for distribution and SREnergy for after-sales services in the UK.