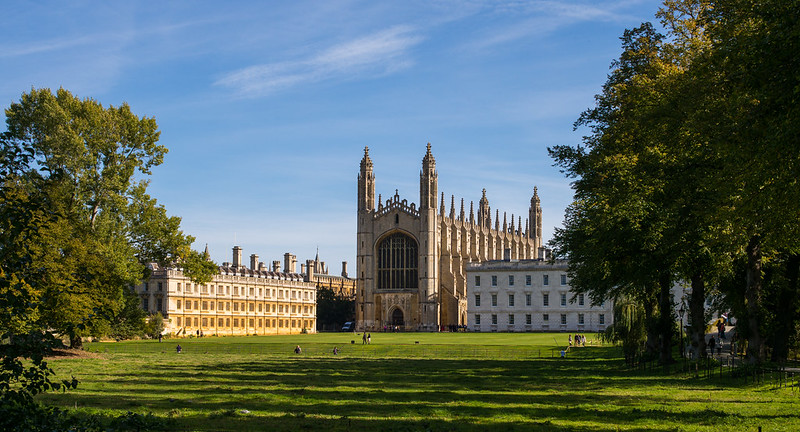 The 33 Colleges of the University of Cambridge are to be powered entirely by solar farms in a new three-year agreement.

Having signed the agreement with SmartestEnergy, 80% of the colleges’ electricity will be supplied by the Stowbridge and Abbey Solar Farms, which have a combined capacity of 35MW and are owned by Toucan Energy. They are both in a thirty mile radius of the Colleges, being located in Ely and Huntingdon respectively.

The remaining 20% of the Colleges' electricity is to be sourced from solar generators across the UK, according to SmartestEnergy.

Dan Skilton, financial controller at Toucan Energy, said the company is "proud" to be contriuting to the university's journey to sustainability through providing the colleges with "certified, REGO-backed solar energy".

The contract is set to start in October 2021, however an engagement programme designed to involve students in the colleges’ transition to net zero is to begin sooner, with the demand for solar coming from both students and the management team.

Nathan Dad, head of industrial and commercial supply sales at SmartestEnergy, praised the new relationship between Toucan and the Cambridge Colleges as a "perfect match" due to Toucan being a long-term generation customer of SmartestEnergy and having a company mission of supporting local authorities and communities.

A number of UK universities are turning to solar for their electricity, with the University of Edinburgh currently installing a ground-mounted solar farm consisting of 5,000 panels. It is expected that over 1,400,000kWh of electricity will be generated from the farm each year, helping to meet the university's net zero by 2040 goal.

Goldsmiths University, meanwhile, has reaffirmed its solar ambitions on multiple occasions, releasing a green recovery plan in July 2020 and announcing its intention of installing “significantly” more solar PV in August 2019.