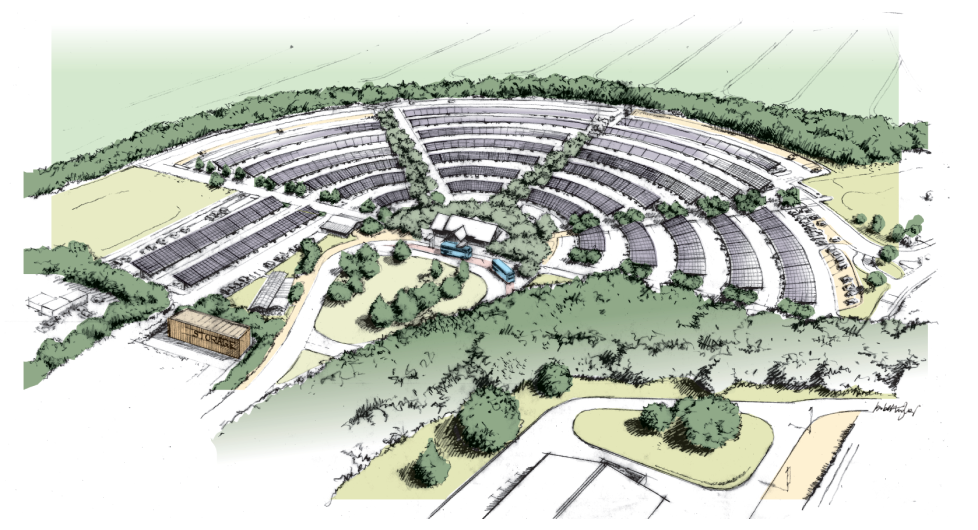 A 2.5MW solar carport with battery storage is to be built in Cambridgeshire.

The project is being developed by Cambridgeshire County Council alongside Bouygues E&S Solutions and will include both battery storage and electric vehicle (EV) chargers. It will be located at Babraham Park and Ride in Great Shelford Parish.

The electricity generated through the solar will be used to provide the energy for all onsite needs, including for the EV chargers as well as CCTV, although the majority of it will be sold to a third party. The revenue from that sale will be used to support the continued delivery of frontline services.

An additional 160 parking spaces are also to be incorporated into the plans.

Cambridgeshire County Council is working alongside its partner agency PECT to deliver an awareness campaign on social media, with a series of online events about the project in April and May. The aim is to give residents, commuters and businesses an opportunity to provide feedback.

Cambridgeshire County Council has already completed several energy projects, including a 12MW solar array at Triangle Farm, as well as having developed a school’s energy programme.

In January 2019, it unveiled plans for two solar-plus-storage projects on existing landfill sites, with the aim of the sites being used for demand-side response services and to offer balancing capacity to the national grid.

In 2017, it announced it had received planning permission for a 948kW solar carport at St Ives’ Park & Ride.

Councillor Josh Schumann lauded the Cambridgeshire project as being “one of the first of its kind in the UK”.

“The success of this scheme could be replicated at park and rides across the region, paving the way for sustainable transport solutions of the future.”