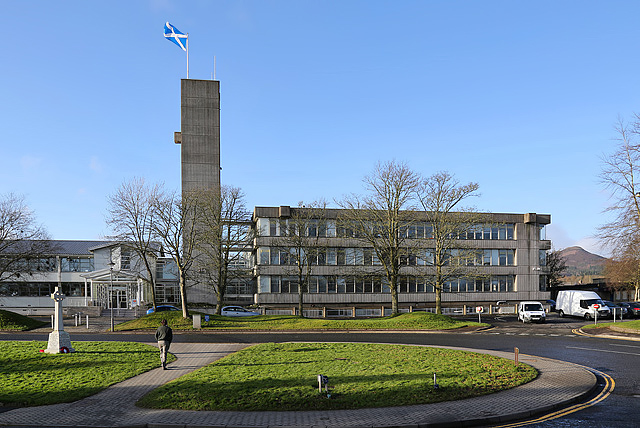 An 84.6kWp will also be installed on the headquarters of the Scottish Borders Council under the contract. Image: Walter Baxter.

Campbell & Kennedy has been awarded a contract to design and install over 400kWp of solar on schools and the offices of the Scottish Borders Council.

Eleven schools will see solar arrays installed on their premises ranging from 3.85kWp at Gordon Primary School in Berwickshire up to a 48.6kWp system at Hawick High School. The other schools to receive new solar systems are:

Two systems have already been completed at Gordon Primary School and Westruther Primary School, with the company awaiting connection agreements from Scottish Power before expecting to complete the remaining projects over the summer.

The contract will also see the company install an 84.6 kWp array on the headquarters of the council which awarded the work through the ESPO framework, taking the total number of projects up to 12 with a combined capacity of 410.23kWp.

Adrian Waddington, energy sales manager for Campbell & Kennedy said: “We are pleased to be awarded this significant project and look forward to working with Scottish Borders Council to deliver clean, renewable and low-cost energy, helping contribute to reducing carbon emissions for Scotland.”

The project supports the council’s Local Development Plan and once completed it is expected to contribute significantly towards its strategy to reduce CO2 emissions, directly supporting Scottish government’s target to reduce emissions of greenhouse gases by at least 42% by 2020.

Councillor Gordon Edgar, Scottish Borders Council’s energy efficiency champion, said: “We are committed to being an environmentally friendly organisation and are currently delivering our services with a considerably smaller carbon footprint.

“The council is already leading the way with a number of major energy saving projects around street lighting, electric vehicles and energy use in the community, and this solar panel scheme at 12 council properties will provide further benefits to the local environment.”