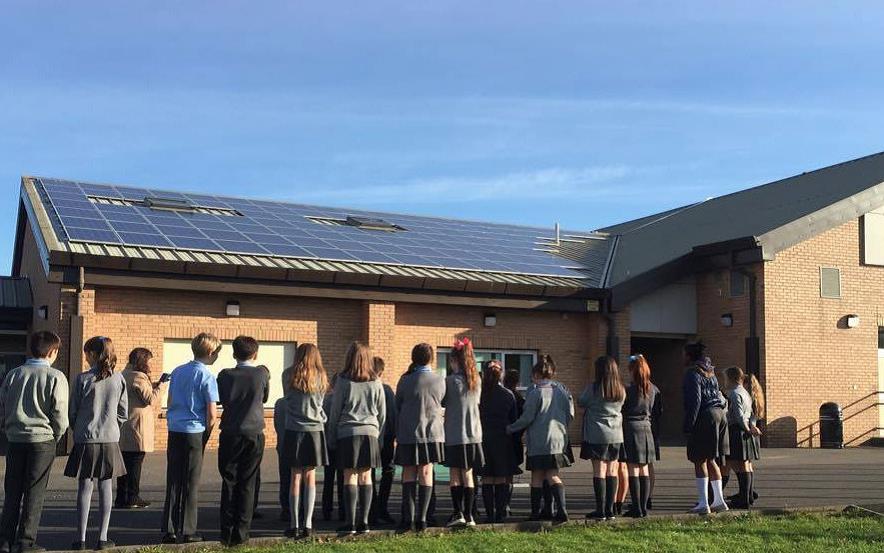 Campbell & Kennedy (C&K) has installed its 100th school solar system as it looks to educate schools on renewable energy.

System size of the solar ranges from 10kWp to 150kWp, with arrays having been installed across the UK.

The 100th install was completed at The City of Norwich School. It came as part of a project to install solar at ten schools for the Brooke Weston Trust and Ormiston Academies Trust. Over 2,100 panels have been installed, totalling over 590kWp.

C&K hopes that adding solar to schools will not only reduce energy costs and offset carbon emissions but also educate students, with the company providing renewable energy workshops to pupils.

An additional benefit to school solar is the ability for any revenue made from exporting excess solar to the grid, as well as savings on bills, can be reinvested in the school itself.

Jason Lowey, head of energy at Campbell & Kennedy, said: “We are reading about climate catastrophe on a daily basis. Given that there are over 32,000 schools in the UK, can you imagine if only 10% of these schools installed solar PV or other renewable technologies.

“The amount of carbon offset would be immense, never mind the income that could be reinvested back into the schools be this for school trips, additional equipment or salary increases."