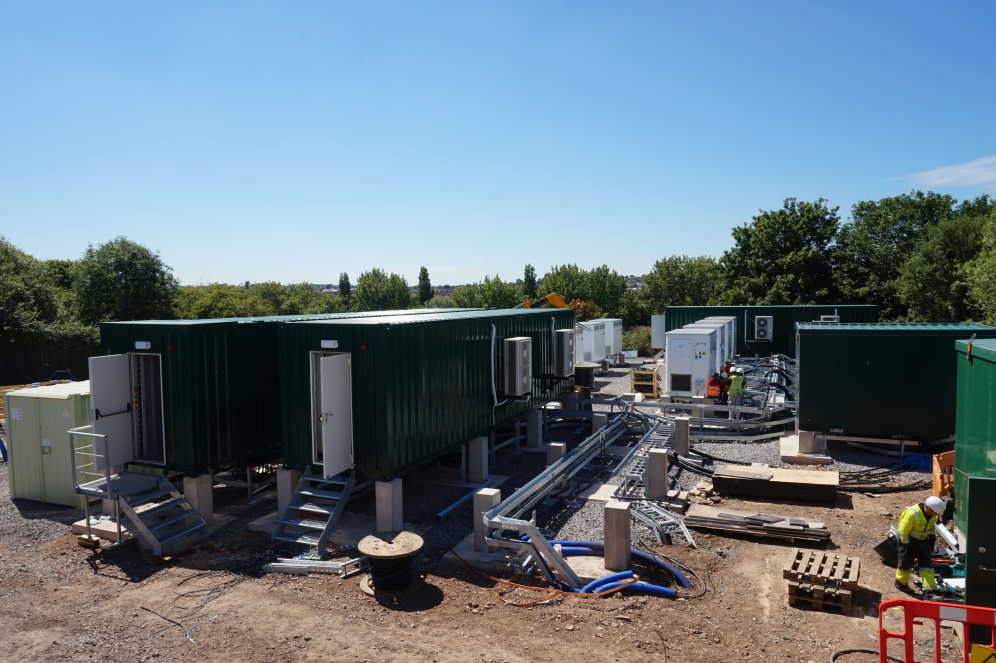 Initial ground works and site preparation have begun, and will be followed by the earthing installation. After this, the trench will be dug and the cable connecting the Wicken battery to the electricity grid will be laid.

The project is expected to be fully operational in August of this year, with Wicken to provide flexibility and balancing services, charging the batteries when clean energy is abundant and exporting it back to the grid during peak usage times. It is also to provide frequency response services to National Grid.

The company acquired the battery project from Eclipse Power Generation in late 2020, with Eclipse staying on to perform construction project management services throughout the build, as well as asset management and O&M services upon energisation.

"Things are going really well on site and it’s fantastic to see the build stage commencing having watched the project progress from just a desktop study a couple of years ago," Lisa Clark, project manager at Eclipse Power, said.

Since the acquisition of Wicken, Thrive has also acquired a 20MW battery project in Bristol, which is to participate in both the wholesale market trading and future Capacity Market auctions.

It is not only focusing on battery storage, however, with Monika Paplaczyk, investment director at Thrive Renewables stating a "full range of technologies, such as battery storage, wind, solar, geothermal and hydro" will be needed to build a zero-carbon electricity system. Indeed, Thrive has recently provided funding to solar-powered rail company Riding Sunbeams as well as developing a new financing framework for commercial solar arrays with Olympus Power, providing funding for the solar developer's rollout that has a target of up to £75 million of commercial solar installations.