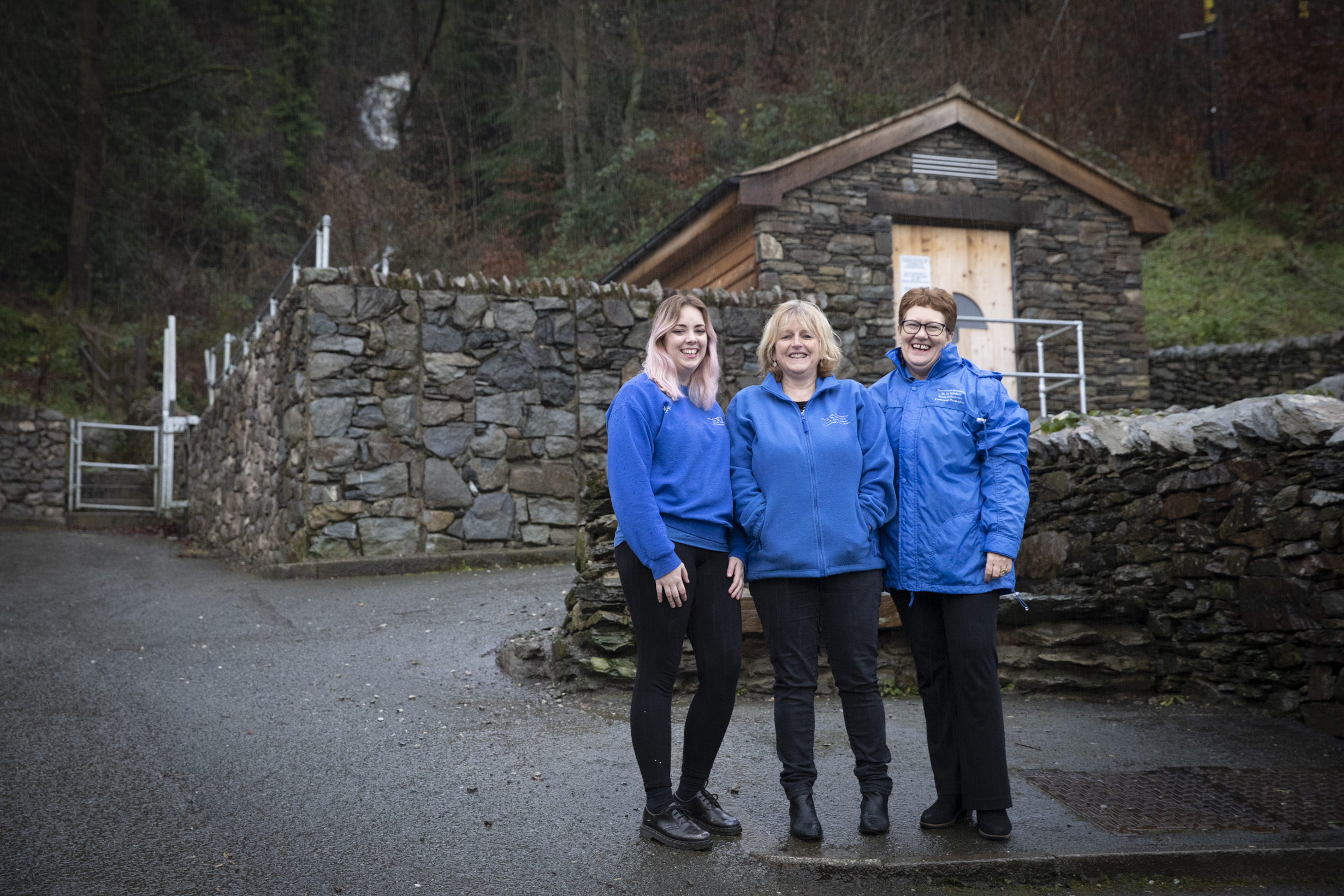 Energy Local Corwen is ready to go live thanks to South Denbighshire Community Partnership and pictured ahead of the launch are, from left, Leah Edwards, Kirsten Sedgewick, of the Citizens Advice Bureau, and Margaret Sutherland.

The town of Corwen in Denbighshire in north-east Wales is looking to get up to 60 local households that generate their own power from solar panels to sign up to the Corwen Energy Local (CEL) scheme.

The scheme is being run by South Denbighshire Community Partnership (SDCP), which wants to add solar - or other generation capable of feeding into the grid - to the town’s existing community hydro-electric project.

As well as benefiting the solar panel owners, who will be paid for their generation, it’s hoped that the CEL scheme could help reduce fuel poverty in the area, saving households up to £300 a year from their electricity bills. This is based off of savings from a similar project in Bethesda, where residents saw savings of between 10-30%.

Additionally, some of the profits from the project will be fed into a community fund, which could provide £2000 annually for local projects.

SDCP chief officer Margaret Sutherland said this was “very exciting” for Corwen, after it had already shown the way with community hydro.

“Research we have carried out has shown there are real issues with rural and fuel poverty in Edeyrnion and we hope this is the start of addressing that.

“Corwen can become a model for others to follow as the town develops into a hub of renewable energy and there is scope for this to be extended in the future.

“The area is a real hotbed of green energy with the windfarms being built just up the road on the Denbigh Moors," Sutherland continued.

Renewable energy expert Mary Gillie, who played a key role in establishing the scheme in Bethesda, will advise the Corwen project. Te payments for excess solar fed back into the grid would help to make it "more financially viable to install solar panels", Gillie said.

There will be a meeting in the town at Canolfan Ni on January 16 to expand on the project, and to call on residents from Corwen and the surrounding villages of Glyndyfrdwy, Llidiart y Parc, Carrog, Cynwyd, Gwyddelwern, Bryn SM and Bryneglwys to sign up.

The solar will add to the power generated by the Corwen Hydro Project, which generates 55kWh of electricity from turbines situated on the Nant y Pigyn and Nant Cawrddu streams which plunge 500 feet from a reservoir high above Corwen. This project has a 40 year lifespan, and is estimated to generate £1.2 million over its life, of which £120,000 will go directly to benefit the local community.