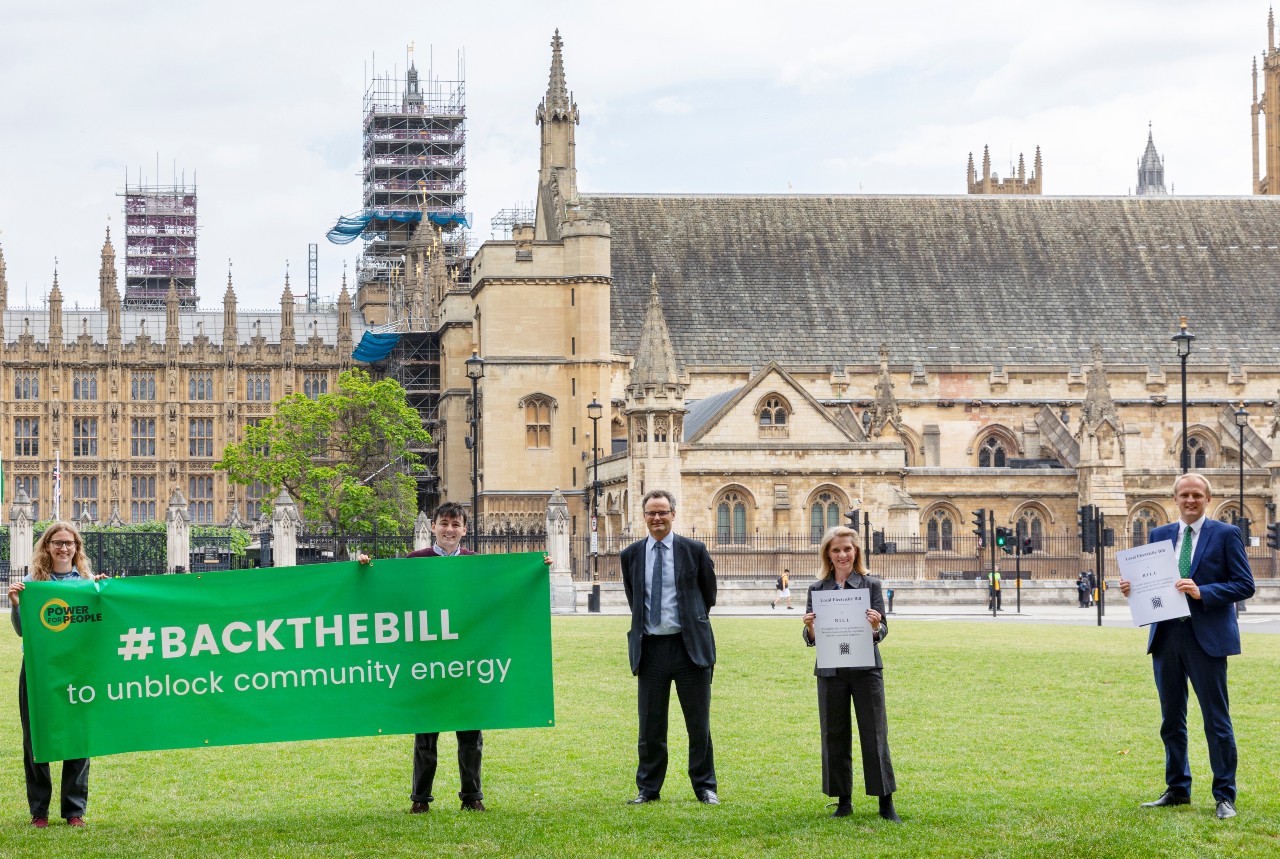 A cross-party group of MPs have called on the government to enact a ‘Right to Local Supply’ as they debated new rules to enable clean community energy.

These rules would form part of the Local Electricity Bill, which argues that such measures would improve competition, create skilled jobs and reduce customers utility bills. At the same time, they would help acceleration the construction of new clean energy infrastructure, like community solar developments.

A ‘Right to Local Supply’ would empower community owned energy companies to sell directly to local households and businesses, the 258 MPs who back the initiative said. The Bill was successfully introduced into parliament, following its presentation to government under the Ten Minute Rule in June 2020.

“We should just imagine what those figures could be if community energy was fully enabled and grew from its current 319 MW to more than 3,000 MW. This measure is not just about addressing the climate crisis, as important as that is. It is also about supporting more local skilled jobs, and it is about cheaper energy bills. It is very much a win-win-win.”

Community energy has been growing throughout the UK, with solar a popular choice for many groups. For example, the UK’s largest community-owned solar park Ray Valley Solar, a 19.2MW site in Oxfordshire, announced in May that it was fully funded and is on track to be operational by autumn.

In May, Community Owned Renewable Energy (CORE) Partners announced that across England and Wales, six community solar farms generated £60,000 of surplus profit to support their local communities over the last year, highlighting the benefits of local energy generation.

“It is abundantly clear that local councils, cities, towns and villages want to play their part in the transition to net zero,” Conservative MP, and lead sponsor of the Local Electricity Bill, Peter Aldous, said at the debate in parliament yesterday (6 July).

“We need to use all the tools in the box to ensure that we reach our destination on time and, hopefully, after a smooth ride. This means removing those regulatory barriers that currently prevent community energy from playing its full role.”

The minister for innovation, Amanda Solloway MP, said that the government “agreed with the broad intentions” of the Bill but not the detail. Power for People is continuing to campaign.