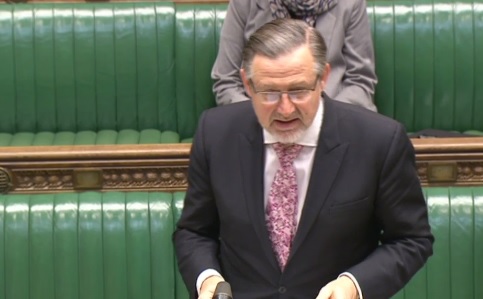 Shadow energy minister Barry Gardiner said DECC officials were 'sleeping on the job' instead of addressing rises in business rates taxes on companies with solar panels.

The scheduled rise in business rates on companies owning solar installations on their properties has been raised in the House of Commons, with shadow energy minister Barry Gardiner accusing the government of “sleeping on the job”.

Addressing energy minister Andrea Leadsom during this morning’s session with the Department of Energy and Climate Change, Gardiner drew attention to the recent findings of the Solar Trade Association.

It claimed last week that a wider mandatory review of business rates taxes would unintentionally cause the rateable value of solar panels to increase by up to eight times the current levels in April 2017.

Gardiner today claimed that this would affect 23,000 businesses and that up until last week, DECC had not even known about the issue. He called on Leadsom to find out “why her officials have been sleeping on the job and speak to ministers at DCLG [Department for Communities and Local Government] to get this mess sorted out”.

In reply, the minister said: “I’m absolutely not aware that we were sleeping on the job and if the honourable gentleman wishes me to liaise with DCLG I will have to look into it but we’re certainly not asleep on the job.”

However, the increase on business rates does not fall under the responsibility of DECC as the review is being conducted by the Valuation Office Agency, a sub-department of HM Revenue and Customs, while the Department of Communities and Local Government (DCLG) is responsible for business rates which are collected by local authorities.

The STA has expressed concerns that the case for solar will “fall between the cracks of government” as the trade body seeks to lobby against the changes.

Gardiner’s intervention may have little effect however as DECC is rumoured to be removed from the list of government departments as new prime minister Teresa May shapes her government.