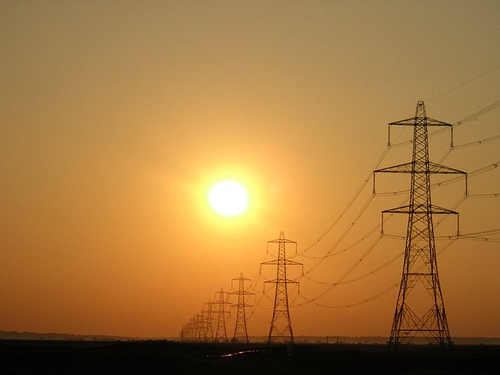 Digital technologies have and will continue to unlock a whole range of new benefits that can be delivered by solar, as well as cost reductions, increased performance and optimised revenue, according to a new report from trade body SolarPower Europe (SPE).

The ‘Digitalisation and Solar’ publication outlines how the advent of new technologies - big data analytics, the internet of things, robotics and blockchain and more - allows for the emergence of entirely new solar business models as well as the improvement of those already being used.

For example, smart energy management systems using deep machine learning can help forecast and manage generation and self-consumption.  The report states that such systems, which are able to fully integrate with and optimise solar PV, will take market share in solar particularly those that can further integrate with other facilities management functions in the commercial rooftop sector, for example.

The advent of cryptocurrencies like blockchain – used by the likes of SolarCoin, Genercoin and EnergyCoin – has meant units of solar energy are being prescribed new value which can be traded and converted into hard currency.

Similarly the growing presence of peer-to-peer energy trading is providing a new purpose for excess solar generation while transition the traditional energy supply model to ‘platform based business models’ that facilitate prosumer-to-prosumer transactions.

Digitalisation is also seeping into other areas of the solar supply chain, with new technologies offering cost reductions in module and component manufacturing, while the already highly digitised O&M sector is seeing even more benefits. SPE’s report says new technologies are improving asset lifecycle management, predictive maintenance, remote sensoring and control, cloud computing, and has led to the use of drones for visual imaging.

At a grid level, these new technologies will allow for better matching of supply and demand with big data and cloud analytics being used by smart grids to allow for better predictions and real-time management of grid loads.

They can also lead to better use of smart, grid connected micro grids which use advanced management software platforms to optimise the different generation sources within the microgrid. This is turn can reduce costs, while sourcing renewable electricity to provide back-up or uninterruptable power supply to the main network.

The report estimates that by 2040, smart grids with digitally-enabled demand response and additional storage could reduce curtailment of solar PV and wind across the EU from 7% to 1.6%, a problem faced by solar farm owners in the UK as well as on the continent.

This change is also expected to benefit consumers, with up-to-the minute pricing signals and tariffs allowing them to better respond to price signals and create a more flexible electricity grid, better suited to variable generation.

Professor Bernd Engel, SPE’s Digitalisation Task Force leader and representative of the SMA Solar Technology Board for grid integration, said: "Digitalisation is a major opportunity for solar, not least because it is a means of integrating more PV into the grid, gaining system-wide benefits and new revenues for solar installations."