The UK’s solar industry installed almost 23,000 systems in December 2015 as consumers rushed to have rooftop PV fitted prior to the new feed-in tariff regime.

Installations in December amounted to 22,981 – more than 87% higher than the figure installed in the same month last year – topping up a similar increase that was seen in both October and November.

December’s installs added to 16,436 systems fitted in October and a further 21,980 in November, taking the total number of installations made in Q4 to 61,107. 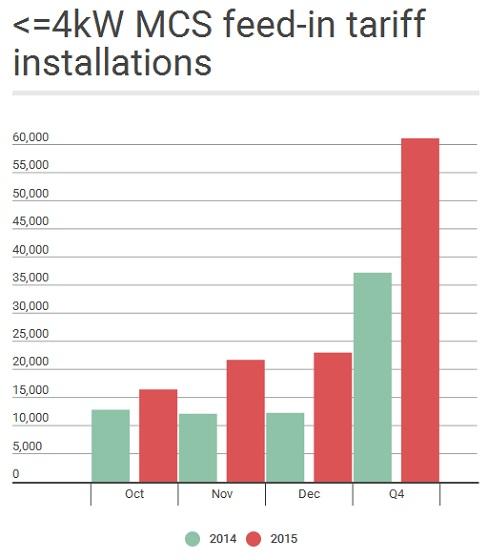 That number is significant not just because it represents a 64% increase in installations year-on-year, but also because it is only marginally smaller than the total number of sub-10kW installations to be allowed under the deployment caps associated with DECC’s new FiT regime of 63,470.