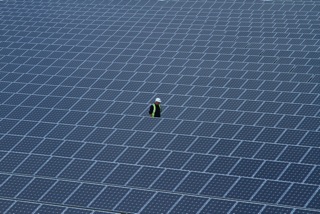 Ecotricity has been named among the top ten disruptive companies in Britain for its work in developing the Electric Highway and its upcoming investment in the country’s first green gas mill.

The inaugural Virgin Media Business Disruptor 10 has been released as part of the 20th anniversary edition of the Sunday Times Virgin Fast Track 100.

It recognises companies for having a business model, product or service that is creating a new market, or transforming existing markets and rapidly taking market share from its competitors.

Ecotricity was selected as “the world’s first green energy supplier with an electric highway”, referring to its network of high-speed electric vehicle chargers.

Despite losing money from the Electric Highway, the company has remained committed to the network in an effort to increase the share of electric vehicles being driven in the UK.

The energy supplier’s use of crowdfunding through its ecobond offering was also noted.

Most recently Ecotricity successfully raised over £12 million from customers and the wider public to invest in the capital requirements of green energy generation. This follows three previous bond offers that raised almost £38 million.

While the company would not be drawn on the exact use of these funds, it is about to build the country’s first green gas mill.

Dale Vince, founder of Ecotricity, said: “It’s fun to be named on this new list of disruptive companies – we don’t mind wearing that badge. It’s actually quite exceptional, since we’ve been doing this for twenty years, to still be considered disruptive.

“It’s our independence that’s enabled this – having no shareholders means we’re free to pursue our mission to build a Green Britain in any way we think is right.

“And in 2017, we’ll be taking our own brand of disruption into a new industry, as yet totally untouched by all this eco stuff.”

Ecotricity will join other members of the Disruptor 10, including crowdfunded craft beer company Brewdog and Crowdcube, at the Fast Track 100 national awards dinner in May next year, hosted by Sir Richard Branson, where an overall winner will be announced.

While not included in this sub-section of the Fast Track 100, Anesco has continued a record run within the main list by appearing for the fifth consecutive year.

This ranks companies with the fastest-growing sales over the last three years, with the energy efficiency firm placed 78th on the list after recording growth of just over 57% in this period.

The company first featured in the Sunday Times Fast Track 100 league table in 2012, going on to take the top spot in both 2013 and 2014 – only the second time this has ever been achieved in the history of the awards.

Kevin Mouatt, chief executive of Anesco, said: “It is a fantastic achievement to feature in the league table for a fifth year running. We’re delighted and very thankful to the whole team at Anesco, for all their hard work in making it happen.”