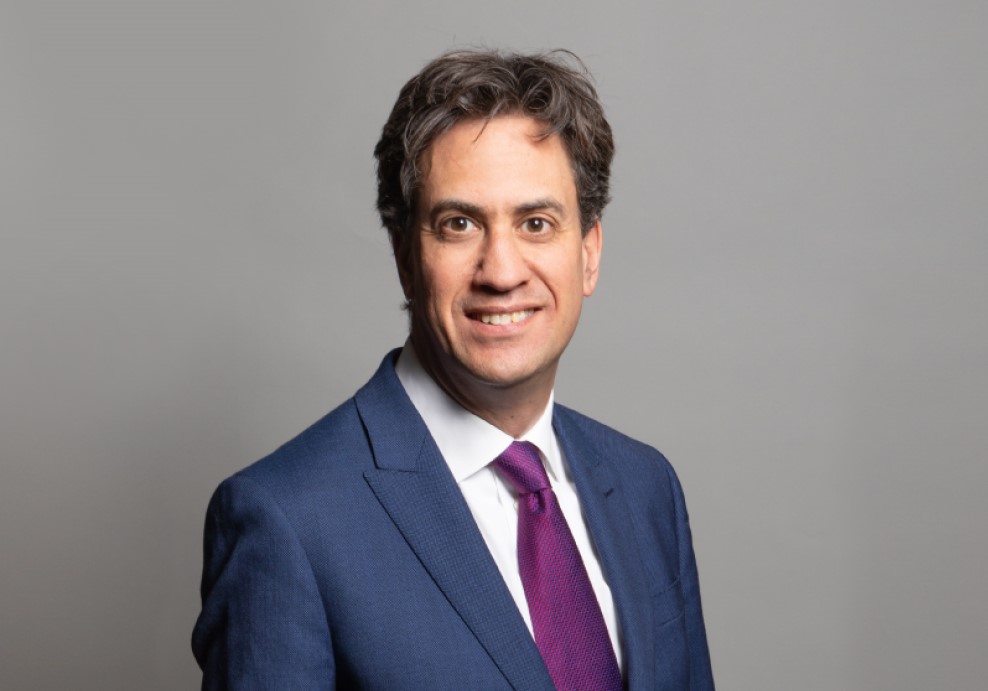 Ed Miliband has been revealed as the new shadow energy secretary, marking a return to the role for the ex-Labour leader.

He then became Labour leader in September 2010, stepped down in May 2015, and was replaced by Jeremy Corbyn.

Miliband - who was a pivotal figure in the creation and adoption of the Climate Change Act - has been a staunch supporter of renewables, and solar in particular. The Miliband-led Department of Energy and Climate Change (DECC) brought in the feed-in tariff (FiT) from 1 April 2010, a policy that stimulated the UK’s small-scale solar market, leading to a boom in installations.

Miliband has shown support for solar on numerous occasions, signing an Early Day Motion (EDM) in 2011 that called on the Coalition to scrap plans to cut the feed-in tariff for solar photovoltaics installations over 50kW. He has been critical of cuts to the FiT, as well as supporting various targets for decarbonisation.

He is also co-chair of the Environmental Justice Commission, which recently released analysis concluding that net zero will require £33 billion of extra spending per year until 2050.

In a statement released on social media site Twitter, Miliband said he is "looking forward" to serving in the shadow cabinet. He also addressed the COVID-19 pandemic, stressing that "we will need to reshape our economy" once the crisis is over.

"We must also return to climate change as the unavoidable long-term issue of our time, including with a recovery based on providing economic justice through a Green New Deal."

Other appointments to the shadow cabinet today include Angela Rayner as deputy leader and chair, Luke Pollard as shadow environment secretary, Jim McMahon as shadow transport secretary and Anneliese Dodds as shadow chancellor of the exchequer.

“This is a new team that will be relentlessly focused on acting in the national interest to respond to the coronavirus pandemic and rebuilding Labour so that it can win the next election.”

A full list of appointments can be found here.