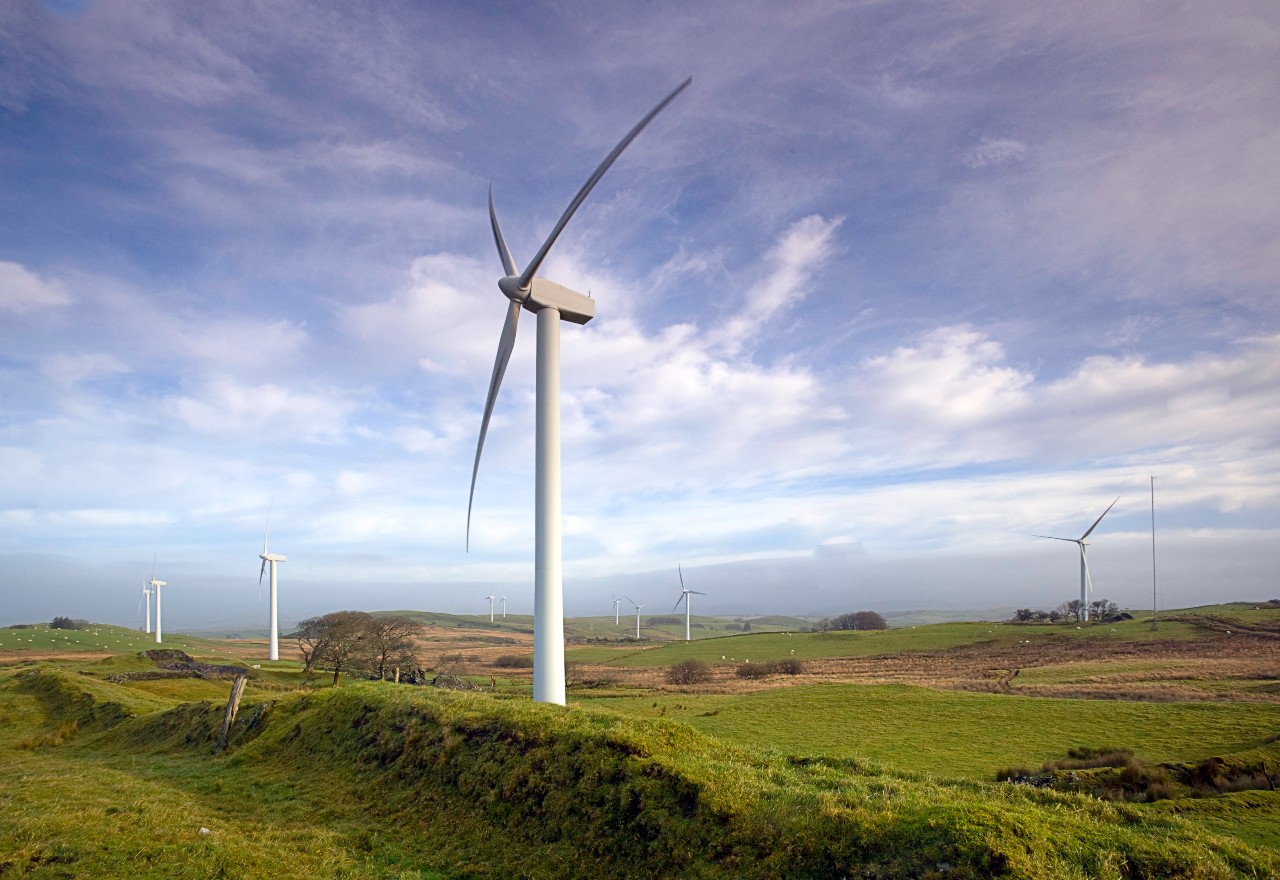 Hirfynydd Renewable Energy Park will include a range of technologies including up to seven wind turbines as well as solar PV. Image: EDF Renewables.

EDF Renewables is looking to develop a new renewable energy project in Neath Port Talbot, South Wales, which will combine a range of technologies such as wind turbines, solar panels and battery energy storage.

Hirfynydd Renewable Energy Park – as the site has been dubbed – is near to Crynant and Seven Sisters, and could have an installed capacity of 100MW.

The development arm of the French energy giant said a breadth of technologies would increase the site's generation potential while the battery storage element would allow it to store surplus energy and provide grid balancing services.

“Hirfynydd would make a positive contribution to our efforts to tackle climate change and at a time of global uncertainty over energy supply and costs, renewable energy projects are vital to dealing with these challenges,” said Simon Morgan, principal project development manager at EDF Renewables UK.

“We are pleased to be developing Hirfynydd in partnership with three local farming families and we will work with the community to ensure that the project can deliver local benefits, such as a community fund and local ownership.”

EDF Renewables is currently carrying out early ecological and other feasibility studies at the site, with events planned in September to share more details of the development with the local communities in Crynant and Seven Sisters.

In the next couple of months, the company will submit its scoping report to Planning and Environmental Decisions Wales as well as an application to erect a meteorological mast to Neath Port Talbot County Council.

The company hopes to submit a planning application for Hirfynydd Renewable Energy Park by the end of 2023. This will be assessed Planning and Environmental Decisions Wales and a final decision on its approval taken by the Welsh Government.

It is the latest in a string of renewable project developments from EDF Renewables, including 13 solar projects at various stages of planning and construction. Most recently, it submitted a planning application for its 50MW East Stour Solar Farm and was granted approval for its 50MW Bloy’s Grove solar farm.