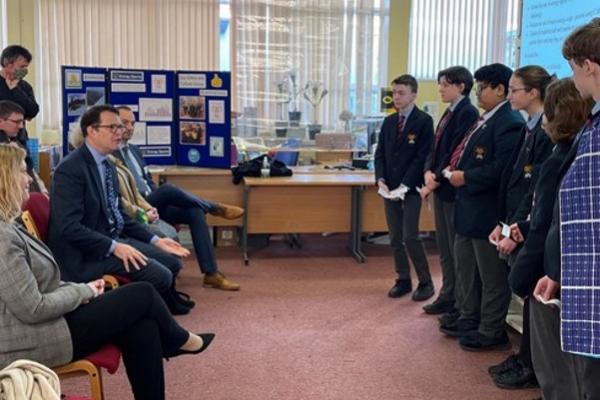 Solar co-operative Egni is to install solar panels on three schools, a care home and a crematorium in Newport, after receiving more than £2 million in Welsh government funding.

Egni has been awarded nearly £2.35 million to complete the installations, which will have a combined generation capacity of 2MW. Money generated from selling surplus solar power back to the grid will be reinvested into climate education.

“With each IPCC report, the reality of the climate emergency hits home and we want Wales to play its part in the global response by hitting Net Zero by 2050. To meet that target, we've got to increase the amount of green energy we generate five-fold in the next 30 years,” said Waters.

Egni has now installed 4.3MW of solar across almost 90 buildings in Wales, including installations on twenty Newport City Council schools, six Pembrokeshire Council schools and five schools owned by the Archdiocese of Cardiff in the first half of 2020, and seven schools in Swansea in August 2020.

Solar Power Portal previously caught up with Rosie Gillam, director at the co-op, to discuss how the funding model worked, and the benefits of energy co-operatives for local communities.