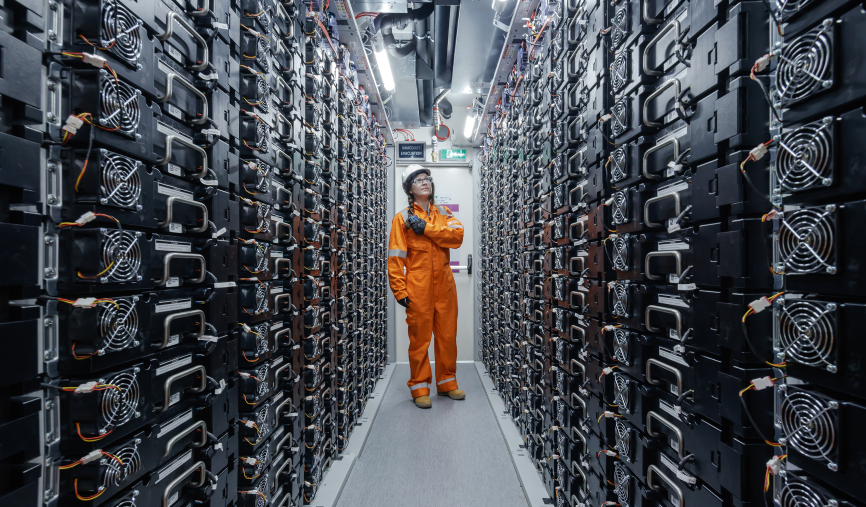 EDF's 49MW West Burton B battery is one of the largest in Europe, according to the company. Image: EDF.

The sale was originally announced in April, and closed yesterday (31 August). With it, EIG is creating a new electricity supplier, dubbed West Burton Energy.

The West Burton battery asset sits on the same site as the 1332MW CCGT, which was EDF’s only gas-fired power station in the UK.

The battery storage asset also sits on the West Burton site, and will help West Burton Energy embark “on a path forward to deliver solutions capable of supporting a net-zero future,” according to Walid Mouawad, managing director at EIG.

“With the strong growth of renewable generation, we believe that battery storage technology will continue to support the stability of the U.K.’s national grid network. EIG is delighted to partner with this incredible team and to be a part of West Burton Energy’s exciting next chapter.”

EIG was advised by Cantor Fitzgerald in connection with the transaction, and White & Case served as legal advisor.

EDF is planning to expand its role in the storage sector, in particular with colocated sites. Last year it announced a partnership with Octo Energy to identify and deliver 200MW of hybrid solar and storage projects.