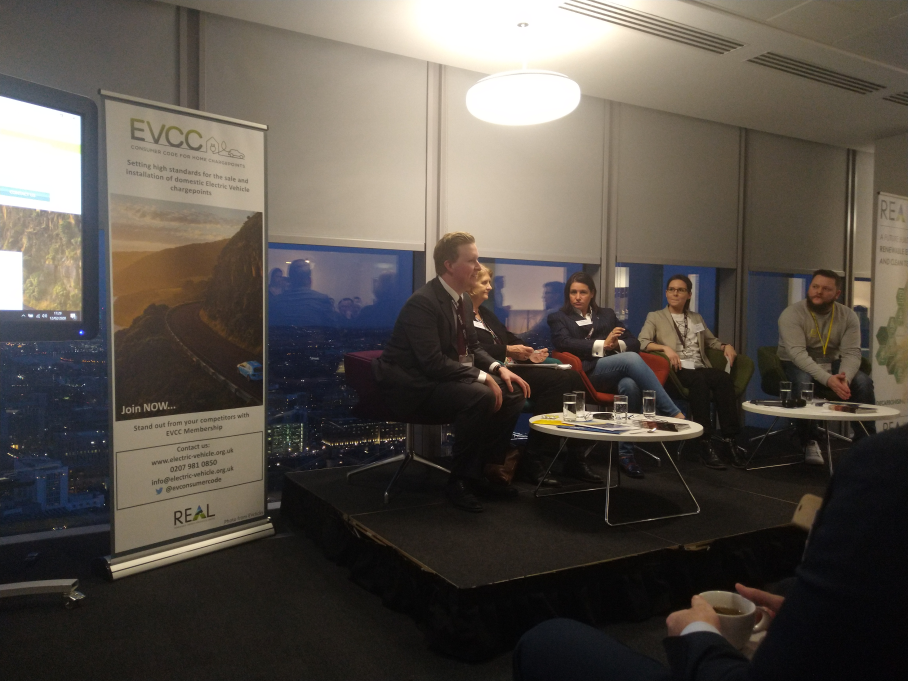 The EVCC was launched yesterday (12 February) by the REA and REAL.

A consumer code for installers and suppliers of electric vehicle (EV) charge points has been launched by Renewable Energy Assurance Ltd (REAL).

REAL also operates a number of other codes and certifications, including the Renewable Energy Consumer Code (RECC). A 50% discount on membership of the Electric Vehicle Consumer Code (EVCC) will be offered for the first year for installers who are already RECC members, with Joju Solar and Caplor Energy the first two EVCC members.

The EVCC applies to suppliers and installers of domestic EV charge points whether acting on their own account or as a sub-contractor.

It has been designed to dovetail with the Institute of Engineering and Technology's Code of Practice for Electric Vehicle Charging Equipment Installation (the IET Code), as well as the current Electric Vehicle Homecharge Scheme.

The code is not intended to interpret, replace or restrict the law, however.

Speaking at the launch event for the code, chief executive officer of REAL, Virginia Graham said the RECC has been seeing an increase in members who also install EV charge points, with 250 members now installing the technology.

Victoria Pelka, senior policy researcher at Citizens Advice, added that Citizens Advice has been receiving calls from consumers over issues such as faulty charger installations and mis-selling. Pelka said that whilst the numbers “aren’t huge” – around 100 calls a year – it is probably only the “tip of the iceberg” due to many consumers choosing not to seek advice from Citizens Advice.

Graham added it has been a “pleasure” to work with her colleagues to “bring this code into fruition”.

More information on the code can be found here.